The best movie to see alone and/or stoned this Thanksgiving weekend is Nicolas Roeg’s 1976 existential Sci-Fi oddity, The Man Who Fell To Earth. A new film print of the original cut is screening Friday-Sunday at the Museum of Fine Arts Houston. 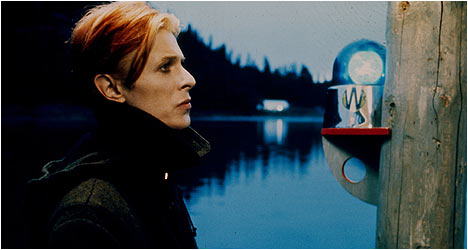 The movie is based on a 1963 novel by Walter Tevis, who called his book a “disguised autobiography.” While it’s a tale about an alien who comes to our planet to save his own civilization, it’s as much about exile, loneliness, and Earthling life. That’s what drew Roeg to adapting the material, and David Bowie to starring in the film.

Bowie (in his first starring film role) has a perfect subtle strangeness here as an alien amassing wealth on Earth by patenting advanced technology. Buck Henry plays his lawyer and business partner in World Enterprises Corporation. And Candy Clark plays the young woman who introduces him to Earth customs such as church, booze, sex, and television. 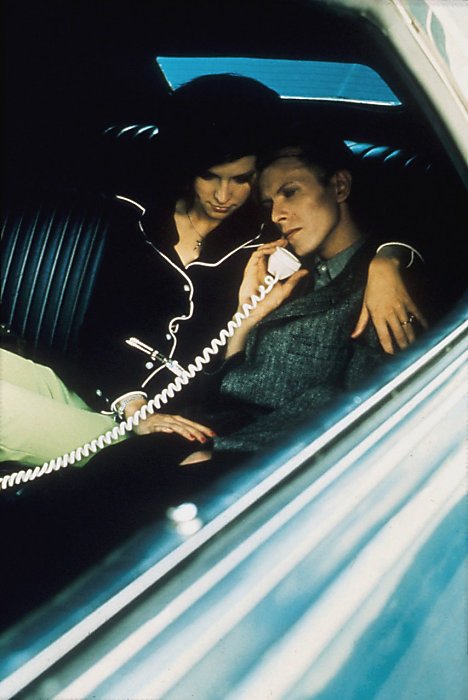 One might very easily mistake this film as an excessive and incoherent failure. (The distributor did, and butchered the original edit trying to make it a little more normal.) But just remember that this is not your average movie. An alien has made it. And it’s likely that an alien is viewing it. At his best, director Nicolas Roeg made movies that are completed in the viewer’s mind. He began his career as an editor, and then was a cinematographer (he shot Francois Truffaut’s Fahrenheit 451 and Richard Lester’s Petulia) before directing his own unique first films (Performance, Walkabout, Don’t Look Now.) Traditional narrative is less important here than his pushing at cinematic language, creating impressions and drawing nonlinear interplay of unusual scenarios, striking images, repetitions.

Of course I do realize that it may sound a little strange to recommend an unusual film about alienation for a holiday weekend. Maybe an all-family outing to the new Muppet movie is more appropriate for you. But I think the MFAH is pretty clever to program this movie during a holiday commemorating an historic alien arrival, and one so strongly associated with family gatherings, alcohol consumption, and hyper-capitalism.

PS. Did I mention this is a new 35mm print of the never before screened original director’s cut? Here’s the trailer:

I saw Man Who Fell to Earth last night, AND I’m seeing the Muppets this afternoon. Comparative analysis forthcoming.