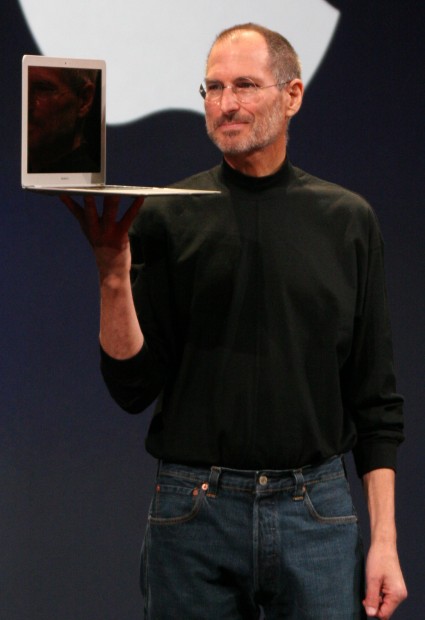 I sit here typing on a 15-inch MacBook Pro. I maxed my credit card to get it four years ago and never looked back. There were cheaper laptops out there but if you want to practice video editing of any decency, you learn Final Cut Pro, and that can only happen on a Mac computer.

There was a time – just a handful of years ago – when the language of video editing was the domain of a select few professionals based in Los Angeles or New York. Steve Jobs changed that. Like Gutenberg’s printing press bringing literacy to the commoner, Jobs’ Apple products brought multimedia production to the regular guy who 20 years ago would have had no right to dream so big.

When I bought my MacBook, the student rate for the Final Cut Pro Suite was $800, but Apple offered Final Cut Express alone for just $100 to students. The differences are minimal; I still have miles to go in teaching myself the full potential of the Express version, and playing around on it is super-fun.

The first thing I did after installing the software was to slap an Apple sticker on the back window of my late, beloved 1994 Ford Ranger pick-up. Being perennially broke, my vehicles tend to keep all their dents (I try to think of it as sculpture) and as I regularly sat in random Starbucks parking lots stealing internet so I wouldn’t have to pay two bucks for the coffee, people would good-naturedly comment on that contrast: “The Apple sticker’s worth more than the truck!”

True in a way, though both are American icons, and icons are created when average Joes like me are given access to gateways of individual freedom: a red Ford pick-up is a symbol of the open road – unfettered physical freedom – and that beautiful sleek silver Apple logo evolved into a symbol of unfettered creative freedom for amateur and fledgling video geeks. Steve Jobs made it happen, and this video geek is forever in his debt for bringing that forbidden fruit out of the garden and onto my hard drive.

Betsy Lewis is a writer who lives in Dallas. Once you go Mac you’ll never go back.

A younger friend of mine–a brilliant artist and one of the best human beings on the planet–did not know who Steve Jobs was. I explained, but didn’t make a fuss about Jobs being any sort of cultural hero. Interesting how important someone can be to certain demographics, without having any significance to others.