Hills Snyder, artist, Glasstire contributor, and director of small non-profit gallery Sala Diaz, made a short speech at the City of San Antonio Office of Cultural Affairs (OCA)  City Council Appointed Cultural Arts Board (CAB) * meeting on Saturday. The speech was occasioned by criticism of a production this Spring of Terrence McNally’s play Corpus Christi which, as you may know, posits Christ as a gay man. The confluence of queer activism and Jesus is a tough one for big sectors of this city, which is religiously conservative both on the Catholic and the fundamentalist fronts, and people opposed to the play had shown up and complained, wanting San Pedro Playhouse, who’d put on the production, to get de-funded by the city City Council-appointed board.

Catholic League President Bill Donohue even wrote to Felix Padron, Director of the Office of Cultural Affairs about the play. Interestingly enough, Corpus Christi was a big hit here, though, sold-out and held over and everything.

*EDITED FOR CLARIFICATION, AND TO ADD: My article should have referenced the City of San Antonio Office of Cultural Affairs (OCA) City Council Appointed Cultural Arts Board (CAB) meeting Saturday, not, as I mistakenly put previously,  San Anto Cultural Arts (SACA), a nonprofit which is an entirely independent organization from OCA/CAB. My bad. San Pedro Playhouse was responsible for the production, and the meeting was for CAB regarding its advising city council re. arts funding.

Unfortunately, the play also brought out some homophobic attitudes, even in the art community. Even in our creative circles, we retain some backwardness. It’s frustrating.

So all the more bravos to Mr. Snyder for his perceptive and even-keeled public observations, which I share with y’all, verbatim. I’m tempted to bold or italicize my very favorite parts, but really it’s all very good, openhearted, funny and eloquent. Take it away, Hills… 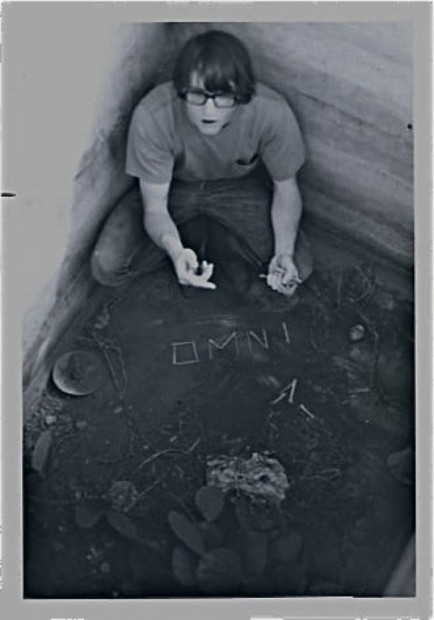 My name is Hills Snyder, Director of Sala Diaz, a non-profit art space in San Antonio. We do not receive funds from the city. And just to be more transparent about who I am: I do not like to say I am a Christian; I am a Buddhist; I am a Sufi; I am a Pagan; I am an atheist. I am agnostic. Etc. I’m not even that comfortable with saying I am an artist, which is what I do. My preference, when I have the presence of mind to speak it, would be to simply say, I am. We do not really need these labels except to point up the diversity of human experience. Love is love.

Just a few remarks in response to what I heard last session:

Homophobia is just that, fear. Fear can go unrecognized and be concealed by many things, including religion. Fundamentalists of all stripes are deeply into this, matters not what they call themselves. In the USA, the majority of fundamentalists say they are Christians. This is precisely why the characters in Corpus Christi are drawn from that tradition: because some people calling themselves Christians have assembled under a banner of hatred and intolerance in the USA. In order to make a point by turning the tables of intolerance, the satire would be lost if the characters were from some other context.

The play is not about Jesus Christ. It is about homophobia and those who have chosen to use Christianity as a vehicle for judgment and condemnation. Several people last session pointed out that nowhere does the bible state that Jesus is homosexual. True. It is also true that the historical record does not state that Davy Crockett is the king of the wild frontier, but we have a TV show that says so. The TV show and the play are both works of fiction.

I also heard various people pull out statistics that say the USA is 70% Christian, 1.5% homosexual, as if that should have some bearing on what the city funds. And no one seemed to be able to grasp that some percentage of that 70% could also be homosexual, but that is not really my point. What I am saying is that using statistics in this way reveals the motives of a bullying state of mind. If you think that Jesus Christ spoke in favor of this sort thinking, try re-reading the beatitudes. Blessed are the merciful; Blessed are the peacemakers, and so on.

But I know that those statistics were mentioned to bolster the “not on my dime” concept. You know I get that. I pay property taxes. I pay them even though I have no children in school. So my dime supports the education of children I do not know. But I believe in sharing, whether or not those kids grow up to benefit me directly or not. Actually, I am sure that those kinds of benefits stretch far and wide, to many, and cannot always be traced.

Another statement I heard more than once in the previous session: Jesus is my god. Shouldn’t we be learning to share, rather than trumpeting the possessiveness of a four year old?

In closing I would ask that this committee do the right thing by not allowing intolerance, hypocrisy and selfishness to influence its recommendations to the city council.

Bravo. Hills is a phenomenon. Good job posting this Fisch.

Fantastic Play and a Fantastic Position. Thanks Hills!

I was at that meeting. It was wonderfully entertaining. Not only did Hills Snyder make a great use of his three minutes in the “citizens to be heard” segment, but so did quite a few others who spoke passionately in support of the arts. Tiffany Ross, for instance, received spirited and deserved applause.

I would like to point out that there seems to be some confusion between San Antonio’s Cultural Arts Board and the board of San Anto Cultural Arts (two completely different organizations). The meeting Saturday where Jack Finger and his sanctimonious cohorts were railing against San Pedro Playhouse’s staging of the work of Terrence McNally was a special meeting of the Cultural Arts Board (CAB). I think some of the confusion has resulted from a Bill Donohue press release.

The San Pedro Playhouse looks like it will continue to receive city funding despite the religious right’s condemnation. A big thank you goes out to Hills Snyder and all the other eloquent supports of the arts in San Antonio. Keep speaking up!

What Hills said is great… and I have no objection to the play… but you made some significant mistatements in this article. I sit on the San Anto Cultural Arts (SACA) Board, and we had nothing to do with this production. Our VP never received a letter from the right wing people. Ricardo said he received a call about this article, and attempted to clarify the difference in the organizations?

Your article should have referenced the City of San Antonio Office of Cultural Affairs (OCA) City Council appointed Cultural Arts Board (CAB) meeting Saturday, not San Anto Cultural Arts (SACA), which is an entirely independent organization from OCA/CAB.

As much as our board would likely support the production of this play, we shouldn’t get credit and the organization that was behind it should. Could you please make a correction or pull the piece? It’s inaccurate and confusing, especially since SACA is not a performance arts organization, but rather offers a westside barrio newspaper (El Placazo) and a mural program.

Thanks for the clarification, Ricardo and Shana. I stand corrected, and corrected the article.

Here’s a bit by the San Antonio Current about the meeting, too: http://sacurrent.com/arts/visualart/mcnally-play-wins-smithsonian-affiliate-loses-1.1192428

I actually stated that I received a call from the Catholic League not from Glasstire.
Thanks for everything Sarah. Great article!

another mistake by Fisch, go figure