There’s been a grave interruption in my tour reporting, I realize.

Rigoberto Gonzalez Facebooked me thusly the other day:

Here’s what happened: from January through May, I amassed more than eight hours of video footage, about that many hours of audio field recordings, including interviews and some highly trippy bits of RGV AM talk radio. I visited 17 cities and towns, my car was broken into twice (joke’s on them, though, I guess, since nobody took my plastic Buc-ees cup or my emergency beach towel).  I met 30 or so college students, six winter Texans, three gallerists and twelve educators, and shot more than 300 photographs. I was able to do this due to the generous support of Glasstire, The Artist Foundation of San Antonio, S.M.A.R.T/Supporting Multiple Arts Resources Together, and over a hundred supporters on United States Artists, who gifted me the funds needed to upgrade my computer, stay in motel rooms, and to gas up my Ford Focus for over 3000 miles of driving, roughly the distance from New York City to San Francisco, along the border and in the Rio Grande Valley. I loved every second of this period. I don’t think I’ve ever been happier doing anything in my life, ever. South Texas is denser, richer, more complicated socially, more beautiful in terrain, more politically confounding, and artistically and culturally deeper than I ever would’ve known.

Publications haven’t been interested, so much. Until very recently, there was no coverage of the region on the national scale at all. South-South Texas (I double-name it, since merely “South Texas” seems primarily to mean “San Antonio” to the outside world) is still little-understood and not viewed as important — including by some of the people who live here. Some publications are interested, now, in the narco wars and “border issues,” but mainly just hard reporting on specific crime clusters with some titillation factor. But narcolandia is more an event than a physical place, and it’s happening for historical and social reasons which are particularly awful and more deeply fascinating if you understand some of the history. The Rio Grande Valley, Gulf Coast and borderlands have been populated for tens of thousands of years, it’s not some contextless locus for a seedy explosion of beheadings. The narcowars (and, now, snack food wars) manifest in a myriad of complex tragedies, but are rendered stateside as a hellish criminal burlesque used to justify, among other things, some clueless racist paranoia. I use the word “burlesque” a lot, it occurs to me, in describing media dialogue.

Anyway, by the beginning of May, my money had run low and my brain was crammed to bursting. I then set about making sense of all these bytes of data and hours upon hours of driving and looking and wondering and reading. I began sorting through the hours of stuff, the images and interviews. I’d bought Final Cut Pro and was teaching myself how to put the videos together. I’d composed music on GarageBand based on field recordings. The after-trip stuff  is a lot easier than it sounds, actually. What’s hard is writing. I’ve often wished that I’d chosen an art form that is more entertaining to actually practice, rather than huddling alone in a darkened room typing word after word. I’m not even a particularly good typist. I think I thought I could avoid writing somehow, by marrying my South Texas experiences to technology. I could just show y’all what I saw, all multi-media and nifty like.

Then on May 13, the hard disk in my MacBook Pro — a quad-core, solid state drive — just up and died. I fired up one morning to edit video, and got a question mark. I took it to the Mac store, and was told by very sympathetic employees that there was a “smart error.” This error ate up memory faster than I could upload the fruits of my travel to an external hard drive. I bought one, on-site at North Star Mall, and tried to transfer files. No dice. I wailed on Facebook, garnering sympathy and admonishments to back up my data from my more tech-intelligent friends. I’m still in the process of finding out what, if anything, is recoverable. I thought I was doing pretty good in that I was uploading all my phone footage to my laptop so I could have more room on the phone to document my project. Ha.

If I had kept all that shit on the goddamn phone instead of putting it on the hard drive, I would still be in possession of all the footage and photos.

So what’s the moral of this story? Leave your shit on your phone, people.

Anyway, this setback sent me into a rage/clinical depression/ shame spiral for a month. Today it’s June 14, and I’m not going to dither around in self-pity anymore. I don’t yet know if I’ll ever be able to show you the videos, photography, or share audio files with you. There’s likely not gonna be any mediating technology between me, the experience, and you. What we’ve got here is unmediated media. I’ve got to write it all, which is maybe as it should be. I’ll just have to tell you story after story. So here we go.

Firstly, here are some photos though, with captions. Most of them I posted on Facebook or Instagram, and that’s why I still have them.

The theme of this photo collection is On the Road. 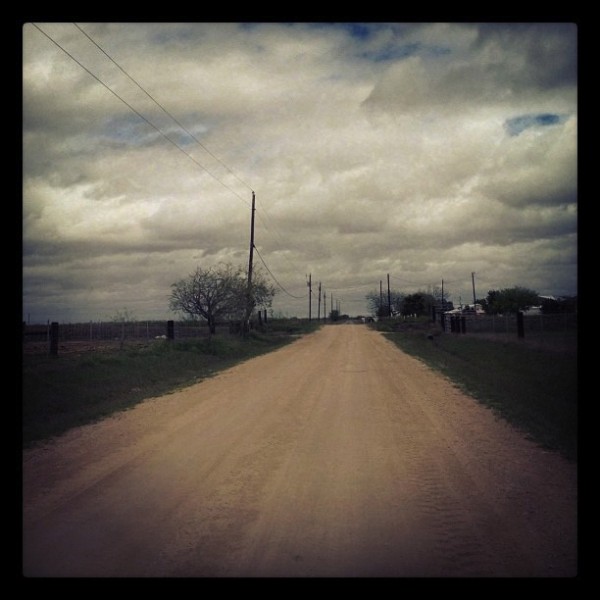 A dirt road near San Benito, Freddy Fender's hometown. There's a water tower there with a portrait of him. Hidalgo County. 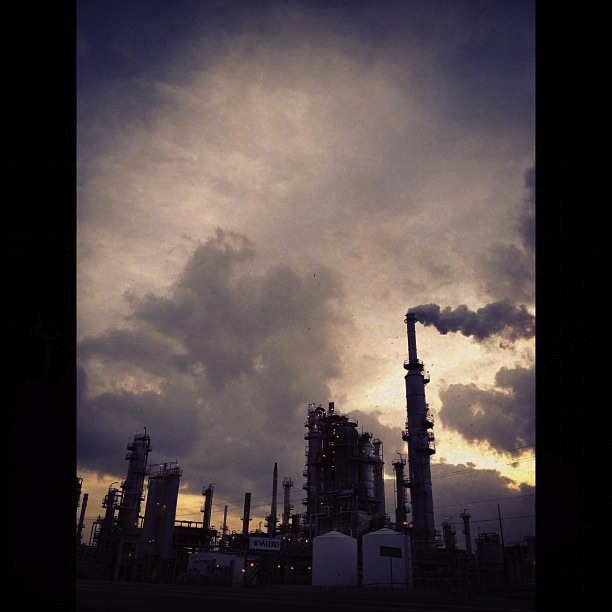 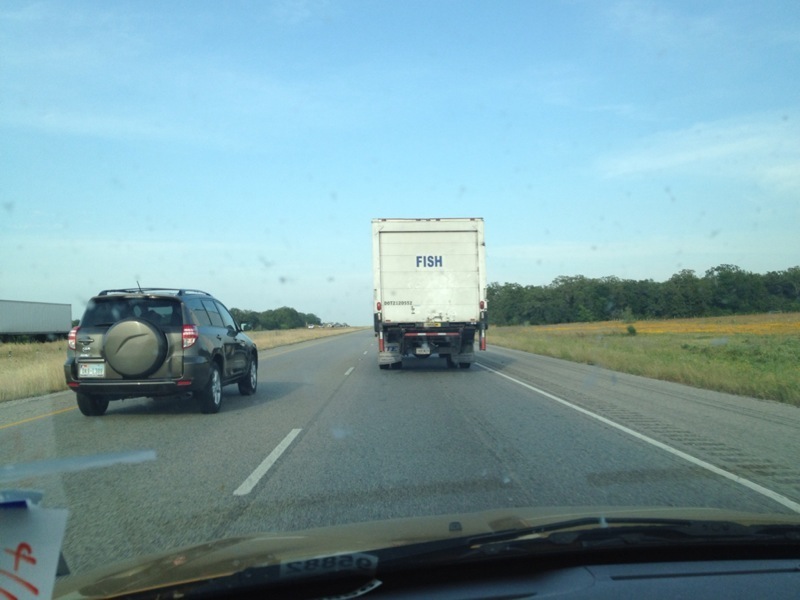 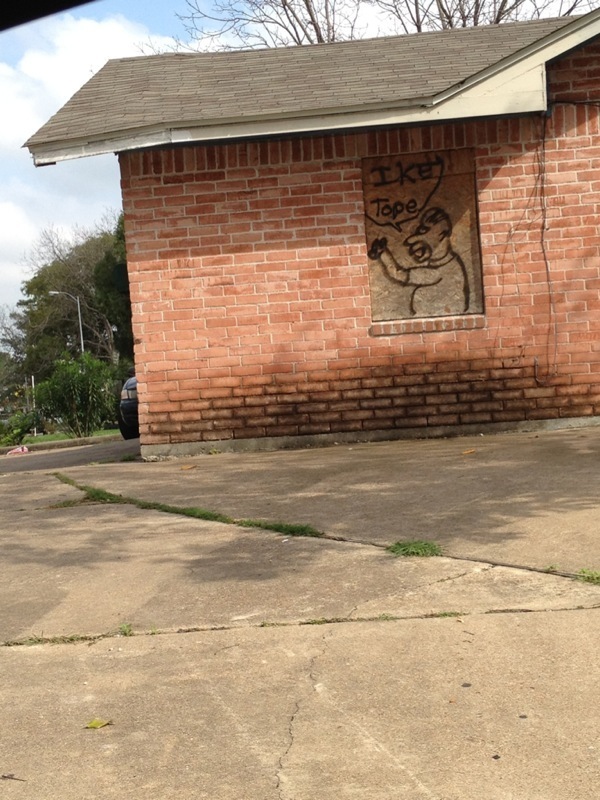 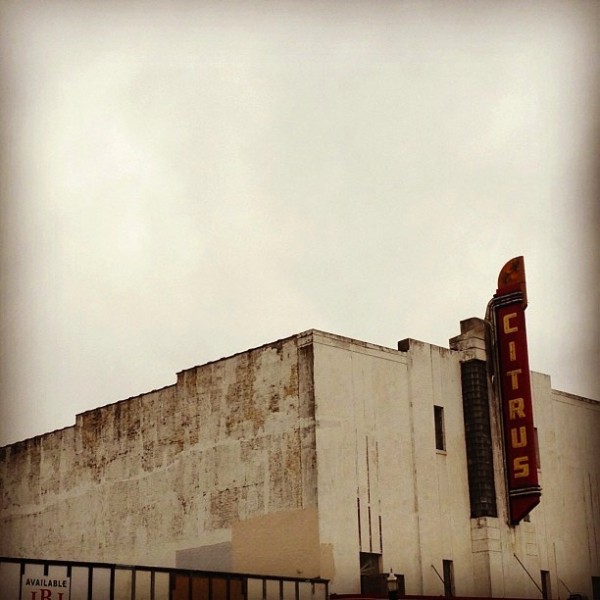 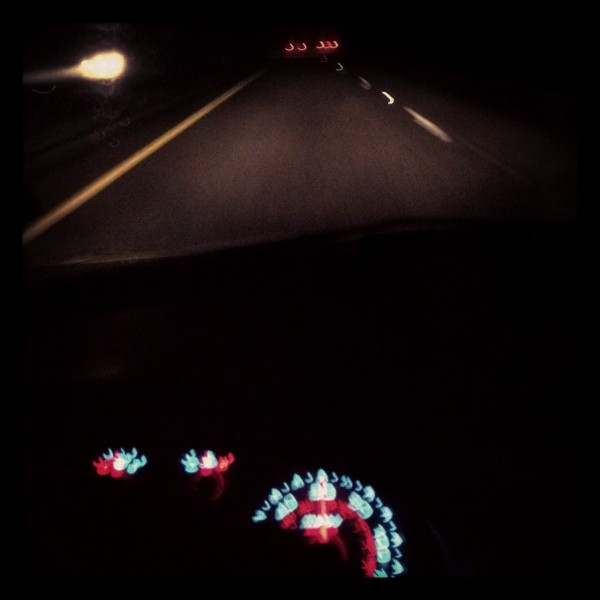 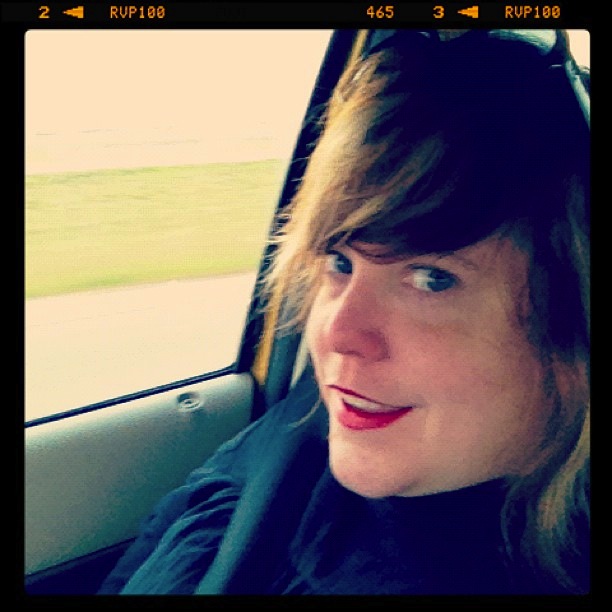 It’s interesting. I was kind of following you on Facebook and I wondered where Chupacabrona went. I also remember you asking on fb about recovering files and the admonishments from your friends w/r/t backing stuff up on an external hard drive, which you thought you were doing when you backed your phone up to your computer. I just didn’t put the two together.

I very much look forward to reading your adventures because I have always loved reading what you write. And, I am glad that you chose to show South-South Texas in a positive light. Somebody needed to show that the people there are, indeed, people and not monsters, and that they are creative and culturally rich and worth looking at outside of the scope of the 6 o’clock news.

And, I like that you use the word ‘burlesque’ when talking about media.

Thanks Earnie! I was crushed, but now I’m actually looking forward to writing. You’re too right — South Texas deserves far more attention than it gets. I met a bunch of talented, dedicated, and optimistic people, and I’ll be profiling them and hope to do them justice.

It’s better this way Sarah, more poetic.
Let me know if there’s anything you need that I can help you with.