I saw STATUESQUE for the second time on Saturday, July 23rd, from 11:15 a.m. until 12:15 p.m. The temperature was 90 degrees at arrival and 94 degrees at departure. The sun was already angry. I went to observe how looking at art outside under a punishing sun would affect how we look at art. Rather than interpret my notes, I typed out exactly what I wrote at each sculpture. 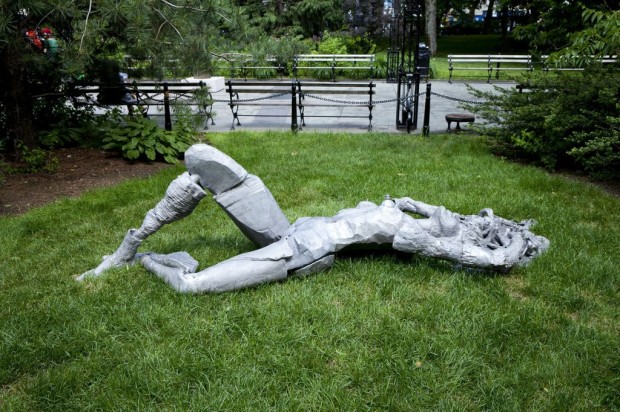 Old people walk quickly by. Rewards time spent looking but people are not. Too orgasmy?

A made-human. 3 hands. Back arched. 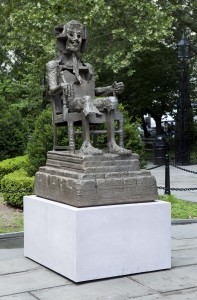 Missed it first time. Far corner back of garden.

Commands his corner w/o overwhelming.

Lord of the Flies. 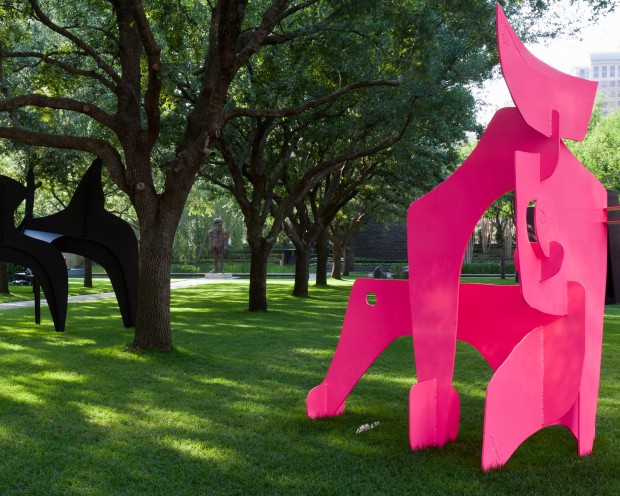 Does not work in this garden. Competes + loses.

Echoes but detracts from the Calder a few feet away.

(Explanation: “in garden” as opposed to Curry’s other pink piece.) 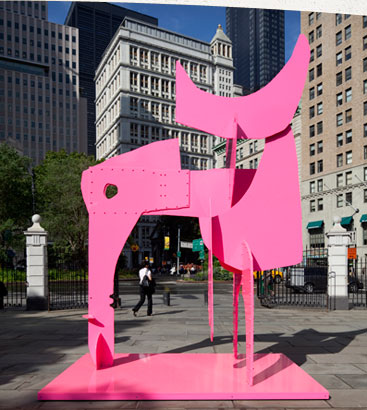 Out front. At entrance.

(Explanation:  As I approached the main entrance, a little girl leaped onto the sculpture, wanting her mom to take a picture. An attendant swooped out of the building to move her off the piece. Everything about this sculpture screams “Little girl come play on me” — it’s neon freaking pink and looks like playground equipment. Mind fuck for children.) 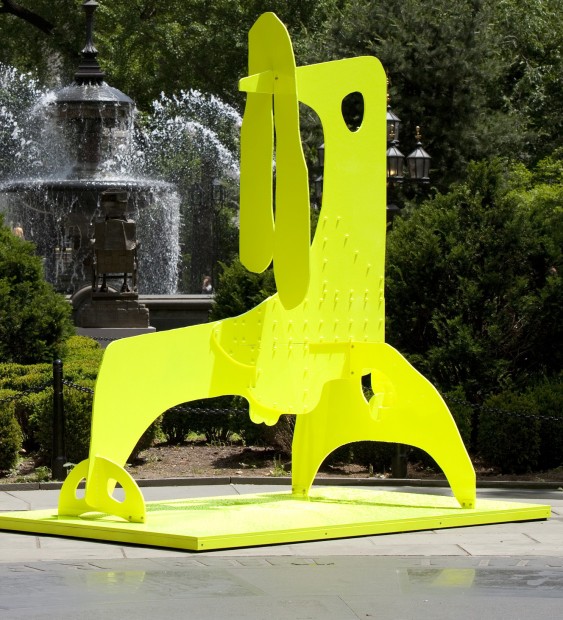 Hideous. Pushed off to side of garden entrance.

Oh no. The dog got sick.

(Observed: A man in a wheelchair spent a long time explaining this work to two elderly lady companions. The wheels of his chair were the same day-glo yellow as the sculpture.) 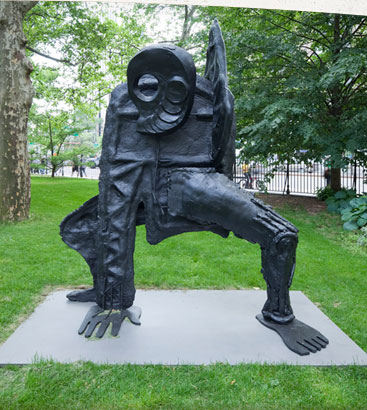 Frankenstein’s monster made from parent’s garage.

Moving because extends to many points in space. Arms legs feet head.

(Explanation: I actually looked at #9 before looking at #6.) 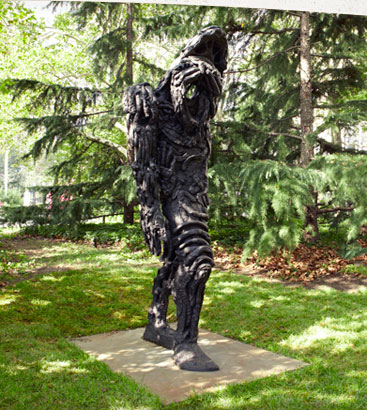 (Explanation: DeKooning’s Clamdigger is my favorite sculpture at the Nasher.) 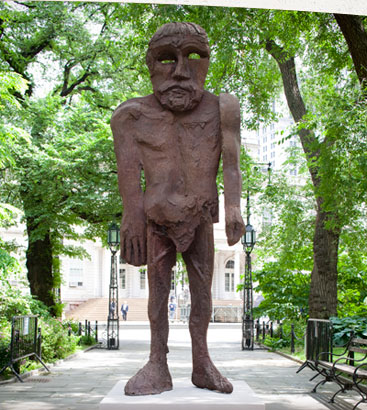 Side – all butt. Ominous from behind – backlit + sinewy, muscle.

Sweet spot of the garden. 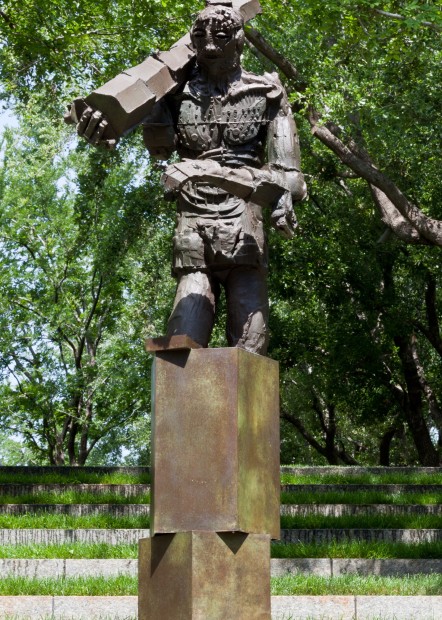 Placed on garden grass steps angling down to lecture area. Perfect placement. Half way down.

Bottommost step, looking up, he’s framed by trees – giving him iconic bearing of his name 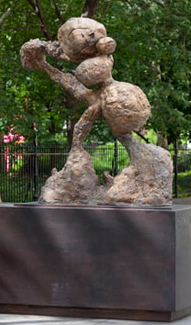 It’s inside. Why? Then put by Clamdigger.

Would have been better by Houseago pieces. Loud + sensual.

Details: The Chief Curator of STATUESQUE is Nicholas Baume, Director of Public Art Fund, for City Hall Park, New York, where many of these images were shot. STATUESQUE runs through August 21st. The accompanying free brochure has several fine references to Star Wars.

Betsy Lewis is a writer who likes art and lives in Dallas. Stay hydrated, people.