When I began writing this column for Glasstire, seeking only to amuse, entertain and get paid, it never crossed my mind that I would end up being mentioned on the site’s world-famous message boards. Read religiously by every nobody who is anybody, this state-of-the-art Internet forum sparkles with the judicious observations, apt metaphors, sophisticated ripostes, quicksilver wit, and sometimes shocking candor of the fascinating personalities who gather there, like flies on a windowpane. Just to be noticed by these taste-makers is a fantasy that poor slobs like me consider and then reject, shaking our heads and looking down, because it is too big a dream, and there is plowing to be done. Even though the posts about me are usually complaints, I still say Thank you! I am so honored. 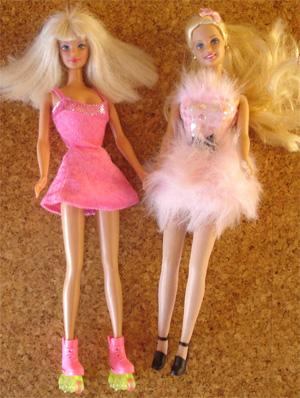 Hearing from my fans is like having feces thrown at me, with very little accuracy, from a cage full of adorable yet troubled monkeys. It brings to my face the same sort of smile one might see on the faces of the audience at the Special Olympics: an indulgent, loving, non-judgmental smile for the heroic efforts of the unfortunately impaired. My critics are so cute. Flailing around in their urine-scented sandbox of words, they are innocent of all grammar and spelling. I’ve learned not to expect much from them by way of manners as well. They lash out at me in their chaotic style, oddly reminiscent of transcribed 911 calls from people who are being robbed or murdered, but it never makes me angry. I know their immature minds are trying to process puzzling new feelings, probably feelings of being abandoned, rejected or ignored. I stir up those feelings when I write art facts for grown-ups, instead of art fairy tales for crabby little children who have stayed up past their intellectual bedtime.

Complaint #1: My big ass.
These comments always make me feel like I’m being stalked. Sure, my ass is a wide load, though, believe me, it has its fans. I think this writer protests too much, and is all too creepily interested in my physical characteristics. For the record: Honey, I’m flattered by the attention, but I don’t date anyone who can read. Reading is an ugly habit that saps one’s vitality and leaves stretch marks on one’s libido. I’m not into readers. Been there, done that, used the T-shirt for a sex rag because I don’t wear polyester. Can’t you pick your victims out of chat rooms like everybody else?

Complaint #2: How mean and negative I am.
I know this perfect little Barbie doll; I’ll call her Pollyanna. She lives in a perfect little world of art and beauty, with servants to trim the crust off her bread and cut her fish sticks into tiny bites that can fit into her perfect little mouth. Nothing bad ever happens in Pollyanna’s magic bubble. No wars. No slavery. No faulty plumbing. No burnt toast. That would all be just too, too icky-wicky! Just the other day she was shushing some impertinent loudmouth who was shouting Fire in a burning building. Yelling is just too, too yucky-poo.

It’s so wrong to rock her pink, ruffled world by implying the possible existence of problems, difficulties and an army of cretins. Our beloved art-scene is as fragile as a butterfly’s wing, and nothing will bring about its absolute, total destruction as surely as someone saying anything remotely critical. And, my God, I’ve been telling the truth! That makes my column as deadly to the community as the Ebola virus! Every Thursday, my words explode like anarchist bombs, in studios where professional artists with advanced degrees are struggling to complete their paperwork, and in offices where brave art bureaucrats are busy scheduling next season’s mediocrities!

How did I become a traitor to my kind? What’s wrong with me? Thinking for myself, having my own unsanctioned opinions… I’ve become a monster! I made Pollyanna cry!

Alas! I’m sorry, princess, but I’m no longer willing to participate in the conspiracy currently being perpetrated by the brainwashing specialists of our art-world Gitmo. Just because they claim our barbwire interrogation enclosure is Club Med doesn’t mean it really is. That sound you think is breakers rolling in on a tropical beach is really a bulldozer shoving hundreds of misguided artists, many still clutching their diplomas, grant applications, and resumes, into a big hole in the ground, future site of yet another hideous art theme park.

I can empathize with your frustration, if not with the pile of cinnamon pastries that passes for your opinions. Just when you’ve learned, no doubt at your parents” great expense, how to stick your perfect little head up your Barbie Dream-hole at exactly the right angle to believe all the lies the gatekeepers want you to believe…here I come along and want to change the rules.

Complaint #3: Those goddamn lace paintings.
I’ve found out that some people detest the lace paintings that propelled my fraternal, far from identical twin brother Mark to his present state of moldy micro-fame. His pathetic habit of blurring his identity has apparently convinced dozens of my razor-sharp readers that I am he, and vice versa. Of course, Mark couldn’t be more pleased.

Those lace paintings sure are terrible. The more you look at them, the more beautiful they become. What a dirty cheat! It’s so unfair to make art that appeals to the eye and the gut, instead of to the viewer’s need for authority figures who tell him what to think. If this catches on, a whole generation of art bureaucrats could lose their jobs!

Spontaneous outbursts of hatred for that work leave both Mark and me cackling. Is it really possible that someone cares so much about his paintings, or about nostalgic pseudo-issues like “selling out?” Must be some pure artists who support themselves shredding incriminating documents for ExxonMobile, or drowning kittens for Halliburton, while they wait for a tidal wave of NACHO grant money to float them away to a better world. Maybe some guilt-ridden Narcissus is catching the reflection of his own career conflicts in my brother’s success story. Attention, art-bitch! You spot it, you got it!

Honestly, I’ve suspected that Mark writes some of those posts himself.

Well, you message-board power-barnacles, that’s all the space I’m gonna waste on scraping you off the mighty hull of the S.S. Clark Flood. I’m sorry you were born without a sense of humor; is there some charity that deals with your cause to which I might send a check?

Keep attacking me, however dank your motives, however weak your minds. I love attention, especially negative attention; and I’ve got the scars, the arrest record and the probation officer to prove it. In fact, my column is perhaps best understood as the latest guttural modulation of a prolonged call for help.

Thank you. Even if none of you losers can actually help me, it’s good to know you’re out there listening.