Some of Our Favorite Shows So Far This Fall

Below is a roundup of some shows we’ve enjoyed so far this fall. Not a comprehensive list. -Ed. 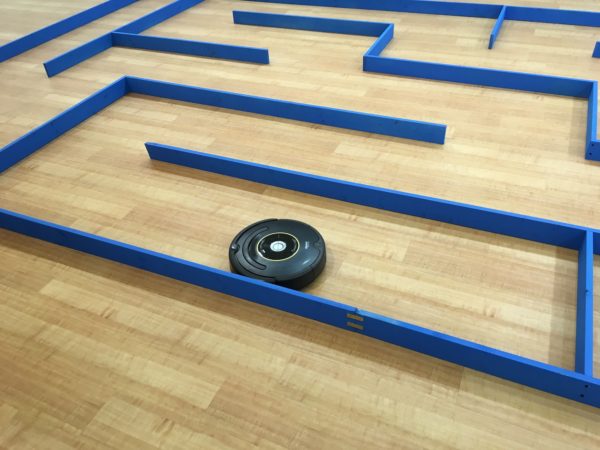 Curator Danielle Avram had an inspired moment when she decided to pair Shelby Meier and Iva Kinnaird in a two-person show at Texas Women’s University, up in Denton. Both artists are in their 20s and are occasionally too smart for their own good. They’re each so burdened by both irony and sincerity that you’d think they’d have self-immolated by now. Both artists have what I call, at close range, “real artist” DNA. This means they make unexpected and very clever connections and juxtapositions—the kind the average human does not—that show up in their work somewhere along a spectrum of abject and sublime.

Meier lives and works in North Texas. Kinnaird is from North Texas but lives in Houston now. The show is titled Make Time and is about time and futility. The artists only collaborated on one piece, a bookshelf lined with books the artists started but never finished: Twilight, Eating Animals, and the Bible are among them. The rest of the works in the show are attributable to one artist or the other. What’s really great about this, and a little disconcerting for this writer who is familiar with both artists’ back catalogs, it that some of the works by Kinnaird could have been by Meier, and vice-versa. In any event, here both artists like to make their abject ideas very tidy, nearly like small and large punctuation marks. Often the finished objects (this is primarily a sculpture show) are disarmingly lovely. 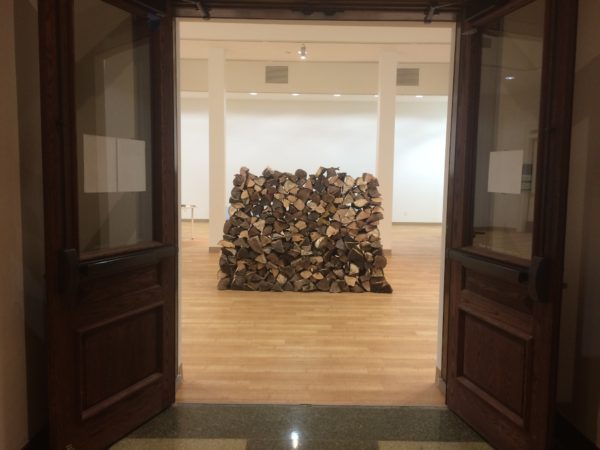 Most of the works play with the idea that no matter how much time one has spent on a thing, you have to wonder if, at the end of the day, it was worth it. And then you have to start asking yourself how you yourself value time (and the art that requires it) and why. And you can wonder, easily, how artists decide how to compartmentalize their time, including the time they spend making art… You get the gist. Make Time is, knowingly, just this side of a Portlandia sketch about these issues, but it pulls back at the last minute and shows us some actual art.

I was happy to stand and watch Meier’s Roomba never buzz and whirr itself out of one narrow section of a big floor maze (and I pushed all kinds of anthropomorphic sympathy on it), and I love Kinnaird’s bent-wood arches leaning against a wall and held together by screws, rubber bands and glue—I loved it formally even before I read the title: Rainbows with Braces. 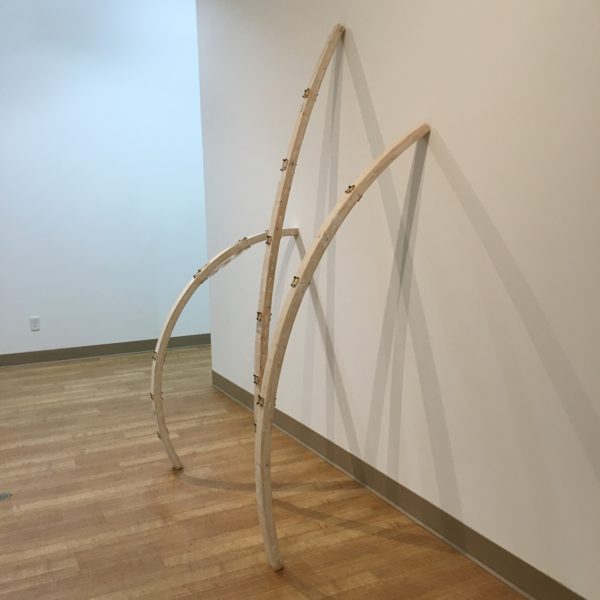 Here Meier has brewed cloudy ale named for Thomas Hardy (read: epic), piled up some wood to be dramatically framed by the gallery entrance (and destined for where?), and hung a bowling ball, like a globe, from the ceiling. Kinnaird has turned a mess of rubber bands into a perfect cube (which bounces, btw, though a viewer probably isn’t meant to see that), had family members, over years, stick notations onto a tightly wrapped mystery brick of… something (it’s fruitcake as old as the artist), and give the show its one and only nod to painting.

These young ones are funny. Miserable, and careful, and honest and funny. 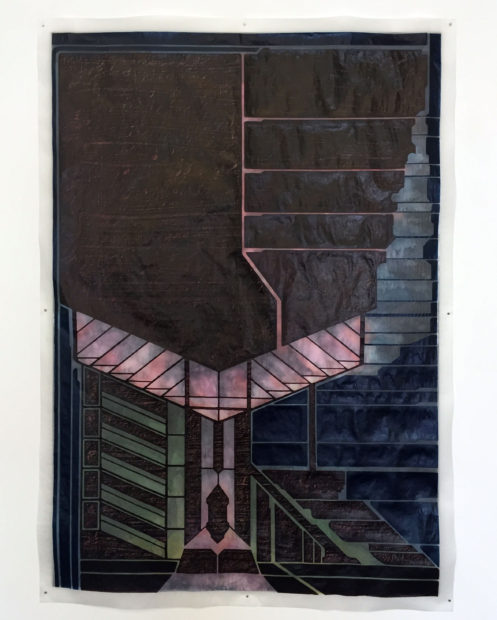 At Devin Borden in Houston, Josh Bernstein has delivered a tight show of assertive, neatly crafted drawings that imagine a moody Deco universe. I’m not sure I’d want to live in Bernstein’s meticulous world, but I wouldn’t mind living with it. The best of these drawings are beautifully made, with a layer of crinkly, semi-opaque vellum over some vaguely perceived image beneath—a colorful minimalist drawing, or in one case, a copy of an old master etching (visible when the vellum is gently pressed against the under-paper, shhh). In one drawing, a delicate March Madness-style bracket floats above a dark void, suggesting frittery progress against the undertow of an abyss. The “winner” line goes up off the page… somewhere. 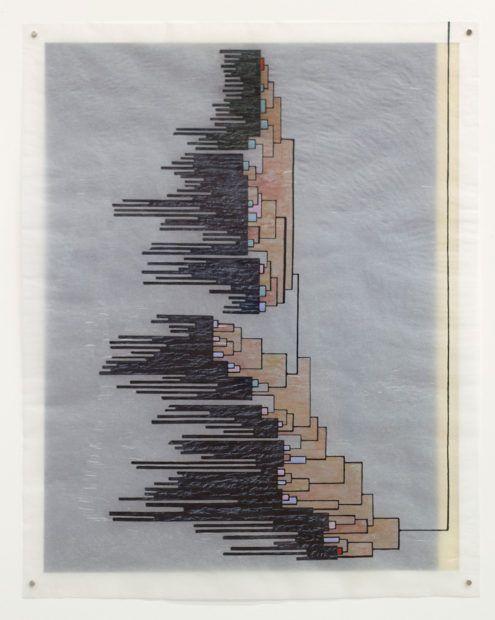 Sometimes Bernstein combines his muddied palette with crisp, high-design geometry for a result that looks like a Flash Gordon movie set if Matthew Barney were the director. In other drawings, he includes dark, wobbly shapes like inverted ziggurats or solar flares. We are told these shapes are rubbings Bernstein took of his ceiling when he heard a small animal in his attic (the titles of the drawings correspond to the date and time of each “rodent incident”). This backstory is interesting-ish, but not necessary for enjoyment of his deft, highly worked surfaces. Bernsetin’s vermin problem seems beside the point; because really, these sophisticated drawings are about surface vs. depth, which is an idea that is both more insubstantial, and more portentous, than a squirrel infestation. 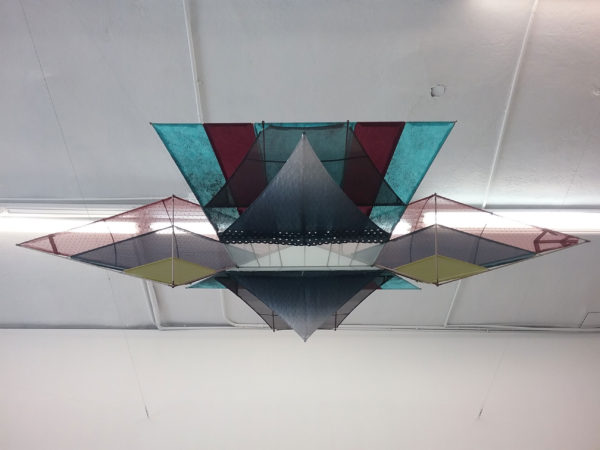 Three kites Bernstein has made also hang in the gallery. Like 3D manifestations of the drawings, they have the same crisp, intricate geometries and evidence of painstaking fabrication. A close look reveals they’re made from crummy thrift store clothes—a thin cotton shirt and cheap lace from a low-rent negligee have been transformed into sleek quadrilateral planes. With tidy rows of stitching and neat, old-fangled hook-and-eye fastenings, Bernstein has lavished a lot of care onto the abject materials of these fanciful flying machines. His attention to detail throughout the show is a pleasure to see. 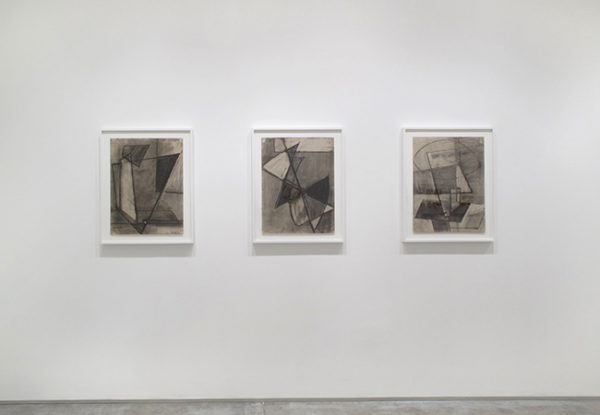 LaSelle, a longtime Texas Woman’s University professor, died in Denton in 2002 at the age of 100. Her biography is that of a badass: a student of Hans Hofmann and Lazlo Moholy-Nagy, she was committed to abstract painting in Texas as early as the 1930s, long before the style got traction here. This small show of her works on paper ranges from more rigorous black-and-white studies from the 1940s and 50s, to colorful oil pastels from the 60s and 70s. They are all very much of their time—this is real-deal abstraction from someone close in age to actual Modernists—and thus the earlier works are arguably the strongest in the gallery. (The cheerful oil pastels from the 60s feel a little like Magritte’s late-in-life foray into cut paper, only messier and less charmingly fanciful.) This small historical show of a longtime force in the North Texas art scene is a revelation to audiences unfamiliar with LaSelle’s work. – RK 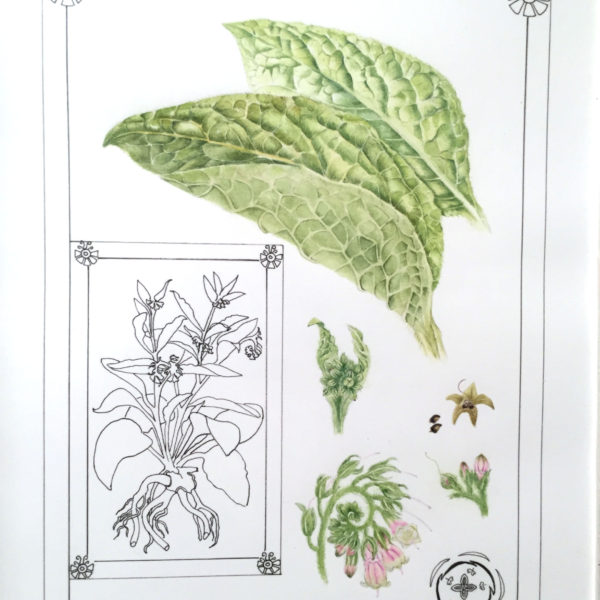 The wonderfully-named artist Lotus McElfish paints exquisite watercolor illustrations of endangered and native wildflowers of Texas. McElfish, who says she is self-taught, has a portfolio of “hierbas curativas,” or healing herbs, which she paints in color alongside line drawings of the plants, following the tradition of botanical prints. Each nubble in each leaf, each wriggling little stamen and fuzz-covered stem is fastidiously captured in her pleasing watercolors. Corny, maybe, but then again: who doesn’t like a well-executed botanical print? Or as McElfish herself asks, (rhetorically, surely), “Who doesn’t love lavender?” – RK