William Sarradet and Christina Rees recommend some choice shows that Texas galleries have on view right now, whether through a window, online, or by appointment.

“It’s exciting to see artists and gallerists approaching the obstacles of showing work now with such brazen ambition.”

Dandelion and Rose, by Liz Trosper.

Via the gallery:
“Dandelion & Rose, a 34-foot site-specific vinyl installation is viewable from the inside and outside of the gallery, and will be up from July 25 – September 25, 2020. The installation plays off the meme titled Dandelion vs. Rose, which first originated about 6 years ago. The artist describes, ‘What interested me about this meme was the fine point it put on human intervention in cultivation and breeding, its powerful influence and unintended consequences. As a weed, a plant that is not valued where it is growing and is growing vigorously, dandelion comes from dent de lion, French for the lion’s tooth.'” 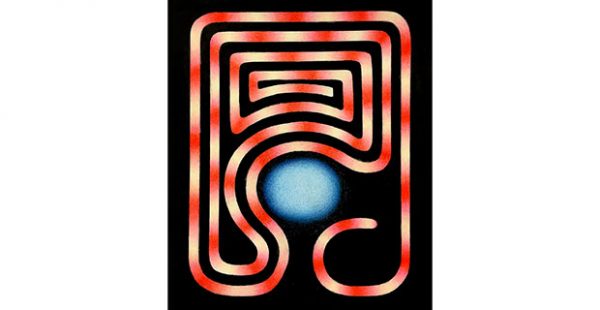 Via the gallery:
“An ongoing, online-only exhibit featuring new drawings from Laura Lit. Laura Lit (b. Dallas, Texas, 1979) is an artist in Austin, Texas. Like Gerard Richter, Lit is a polyglot painter adept in several visual languages. Her practice combines a virtuoso hand with an omnivorous eye. FUZZY FORCES is Laura Lit working now, fast and focused bursts of drawing with colored pencils. Reminiscent of the AFTER IMAGES paintings, the compositions seem sentient, astral manifestations of spirit visitors.” 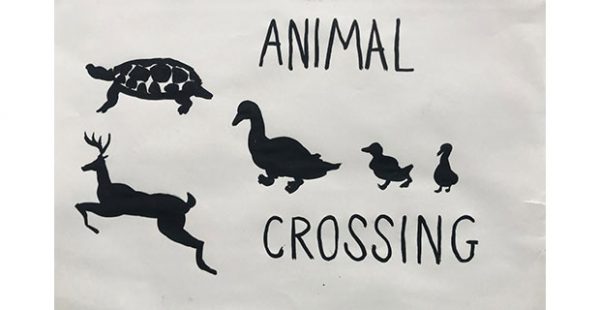 Via the gallery:
“An online exhibition organized by Dana Frankfort and Jackie Gendel. ANIMAL CROSSING moves in many directions, by many routes. Method and tone vary artist to artist and image to image: from monumental to kitschy, expressive to enigmatic, straightforward to fanciful. As far afield as these artists travel, their animal subjects are still a few steps beyond. An animal’s territory is at the hazy edge of human identity, equally empathetic and alien. We recognize animals because we are them.” 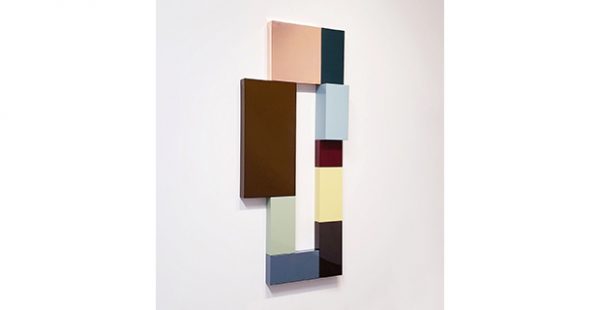 Via the gallery:
“Back & Forth commemorates the fifteenth anniversary of the gallery and celebrates the centennial of the 19th amendment. The exhibition will continue through November 14, 2020. Presenting sculpture, installation, paintings, drawings, and photographs, this exhibition highlights the varied creative practices and compelling artworks created by the distinguished women represented by the gallery and invites visitors to consider the centennial milestone in the context of a woman-owned business.” 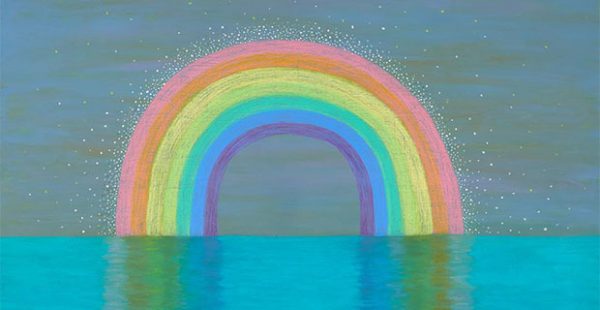 Via the gallery:
“McClain Gallery presents Look Into the Future, our first exhibition of Ping Zheng’s (b.1989, Zhejiang, China) work. The exhibition will be taking place online, although the works are available for viewing by appointment.”

“Zheng’s oil stick on paper drawings are symbolic and lyrical landscapes, mysterious in their non-specificity. For Zheng, depicting nature brings joyous memories of feeling free in the outdoors. The bright colors are bolstered by the thick and deft application of layers of oil stick, which is sometimes scraped back in small areas to reveal colors previously applied. Her method is very physical and an extension of her energetic process – she creates a variety of rich textures: at times her vivid palette reads velvety soft, while other portions are scraped, ribbed, or striated.”