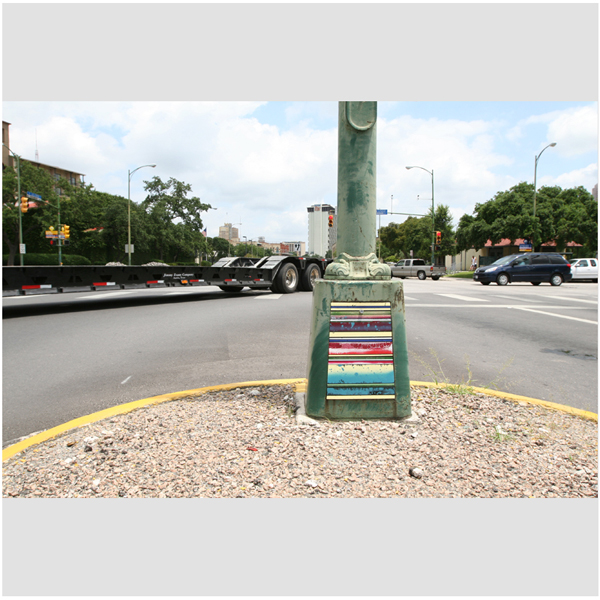 Aaron Forland, San Antonio visual artist, SA’s unofficial DIY/underground/punk rock historian and creator of the “Keep San Antonio Lame” meme, has been and continues to extol the paradoxical and decorate the prosaic. Some of my favorite “undocumented” works by Forland, the clandestine installation of small but potent abstract works affixed to the doors on municipal crossing and traffic signals, have reached the end of their tenure, evidently. 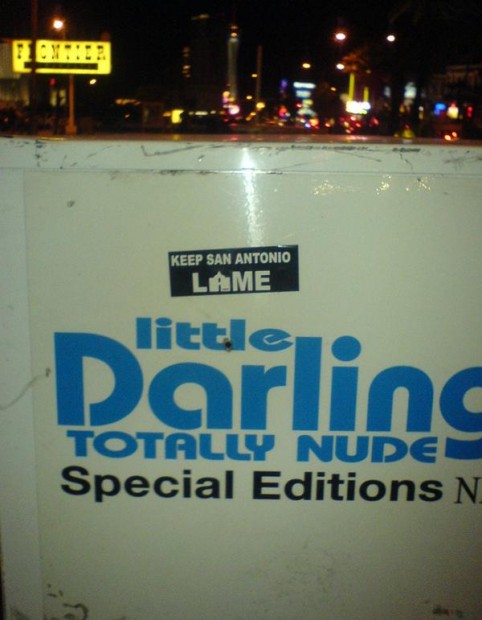 Forland's DIY sticker and t-shirt movement exemplified; once you know it exists, you'll see it all over town

Aaron Forland takes a pretty sanguine attitude, though, saying “I’ve been so proud of the city for allowing my ‘crime scenes’ to exist unbuffed in the wild for so long – but as the proverb says, all good things must come to an end. that they lasted as long as they did (some for four years) is kind of a funky miracle … looks like they are doing a full sweep of the area with the muni green paint. In the past, they have spared my handiwork by removing the doors before repainting.” 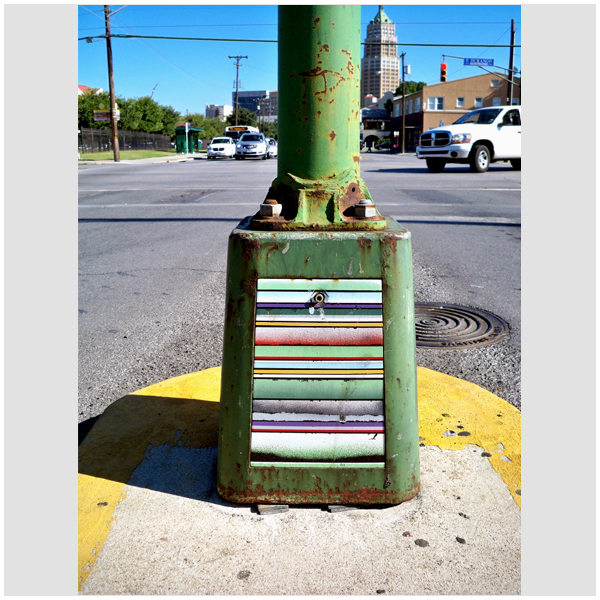 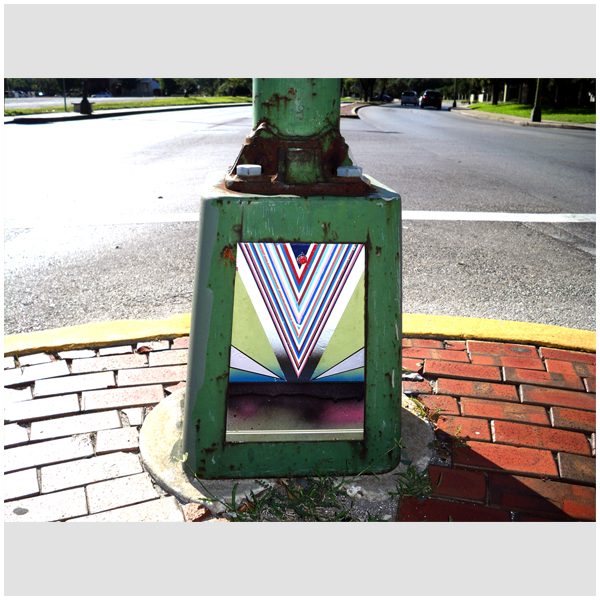 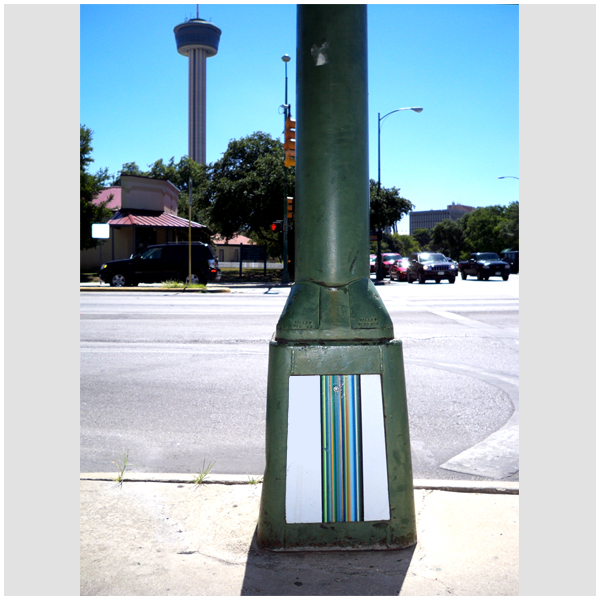 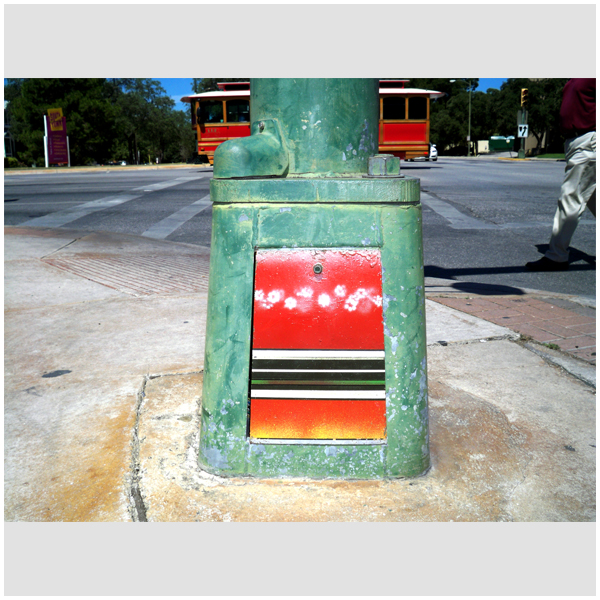 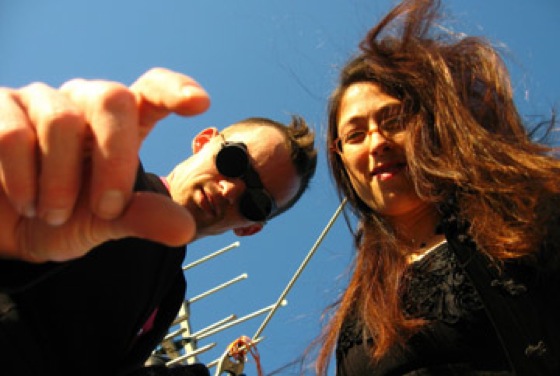 Leslie Raymond and Jason Jay Stevens, known also as the multimedia art collaboration Potter-Belmar Labs, have picked up their SA stakes (and their baby daughter Lalena) and moved to Detroit, where Raymond took a job as Visiting Associate Professor of Art and Art History at Oakland University. 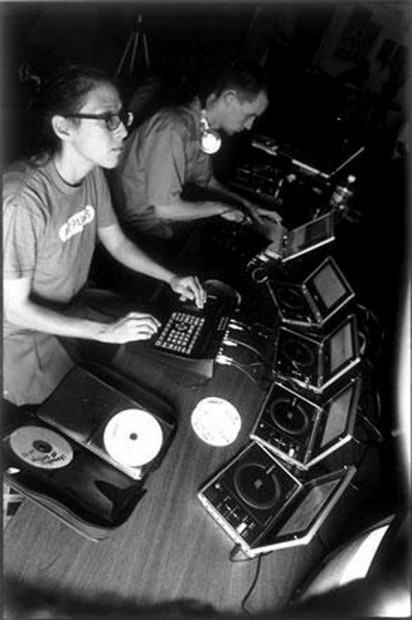 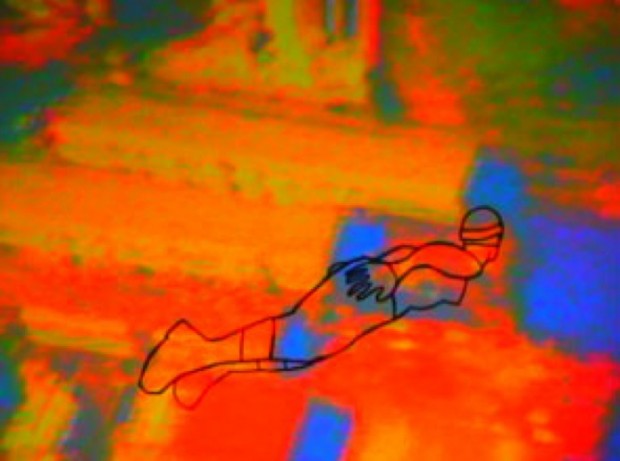 While I’m very sad they left us, I’m psyched about their new location. Detroit fascinates me; I’m looking forward to learning more about this rebuilding-from-the-ground-up urban space from these smart and engaged artists.

“For a city that has 10000 reasons to be depressed (and Detroit has in recent decades been a case study in large-scale group depression), there is truly a palpable sense of hope and excitement here.

One funny thing…I’ve been wondering the past few weeks if a noticeable amount of South Texas has rubbed off on me. Lo and behold, in my first business dealing, with a Detroit plastics fabricator, there I was, making small talk, telling the elaborate and slightly humorous back story to the job for which I was hiring him, and there he was, characteristic of MidWestern yanks, getting impatient, asking me to cut to the chase, ‘Just tell me what you NEED. You’re just telling me a lotta vague stuff that doesn’t matter.’ That was my attitude for the first few years in San Antonio, until I finally gave in to the deliberate and patient pace that is the Southern Way.

Missing that dreamy city. I’m incredibly proud that it’s rubbed off on me.”