In addition to naming 12 new trustees, the DMA Board has also announced the election of four officers, including Gowri Natarajan Sharma, the former Vice President of the Board, as its new President. This marks the first time a person of color has been elected to the board’s top leadership position. Additionally, according to the museum, “the 2022-2023 elected officers are the most diverse in the Museum’s history.” 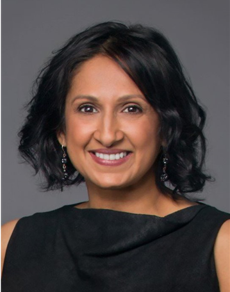 In a press release announcing the 2022-2023 Board of Trustees, Ms. Sharma said, “At its heart, the DMA is a collage of different cultures, ideas and perspectives. The Board of Trustees recognizes their critical role in the stewardship and leadership of the Museum and is committed to working with and amplifying community voices to connect with the diverse area the Museum serves. We are proud to have a Board that reflects the values of our region and look forward to welcoming visitors to discover their own inspiration within the walls of the DMA.”

SAMA has also announced the addition of four trustees to its board, including Prentice Huntington Miller, Ambassador Sichan Siv, Jennifer R. Kelley, and Wendy Weil Atwell. Each new appointee has a connection to the arts and will bring unique experiences to their role.

Ms. Miller is an attorney with Kreager Mitchell and serves on the Ancient Mediterranean Art Visitor’s Committee at SAMA. Mr. Siv served as a U.S. Ambassador to the United Nations from 2001 to 2006, as well as in other government roles, and has received numerous awards, including the Brazilian Academy of Art, Culture, and History Honors. Ms. Kelley is a Senior Social Work Case Manager, providing services to veterans, active-duty service members, and their families. Along with her Masters of Social Work (University of Pennsylvania) and Masters of Business Administration (University of the Incarnate Word), she holds a BA in English and a minor in Art History from Spelman College. Ms. Atwell holds a master’s degree in Art History and Criticism (University of Texas at San Antonio) and writes literary nonfiction, catalog essays, and reviews for various publications, including Glasstire.

Regarding her appointment to the board, Ms. Atwell told Glasstire, “I am a huge supporter of contemporary art; I also believe in engaging with the critical pulse of our community — San Antonio has such a rich history and continues to be an important crossroads.”

SAMA’s new trustees will begin their three-year term on October 1, 2022.