I’m a fan of small-scale artworks. No matter what they are or who they’re by, they always draw me in. The experience of having a chance to look at and dissect a truly exceptional small piece is singular. Unlike the mid- or oversized paintings that so often fill galleries and museums, you can have a personal, one-on-one encounter with small pieces; you can go further than that and picture them in your entryway, your powder room, or hanging over your bed. Moreover, when a small work is good, it packs a disproportionate punch: while it can be easy for a big piece to awe you from across the room, the ability for a tiny artwork to have the same effect is rare.

It’s with great pleasure, then, that I’m writing today about a small piece — a miniature piece, even: No title, Lee Lozano’s 1964 graphite drawing, which clocks in at a mere 2 7/8 inches square. The work is a new acquisition by the Menil Collection and is on view in the Menil Drawing Institute’s exhibition Draw Like a Machine: Pop Art, 1952-1975 (through March 13th). 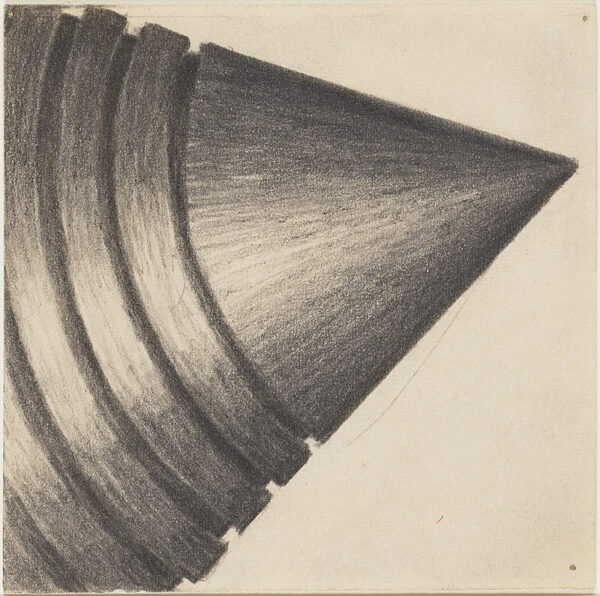 The second I stepped into the Menil’s show, I beelined across the room to the drawing. It’s displayed with two other works by Lozano — also small scale and also recently acquired — but this piece is the prize. I recognized the drawing from afar for two reasons: one, I had seen it in the back room of a Texas gallery two years prior, when it was on the market — it was just as striking then as it is now. Two, it is the drawing equivalent in all but size and medium to Ream, a prized painting by Lozano in the collection of the Blanton Museum of Art in Austin.

I’ve always been a fan of Ream, ever since, on my first visit to the Blanton, I saw the piece hanging in one of the museum’s tall, light-filled barrel vault galleries. I didn’t know of Lozano at the time. She’s of the generation of female artists who are just recently being “rediscovered,” and still, she sticks out from her contemporaries like a sore thumb. Her works (in addition to creating stellar paintings, she was an amazing draughtswoman) are often grotesque, edgy, or just plain weird. She was a conceptualist at heart, though, as is exemplified by her many performance-like pieces and her personal journals and notes. 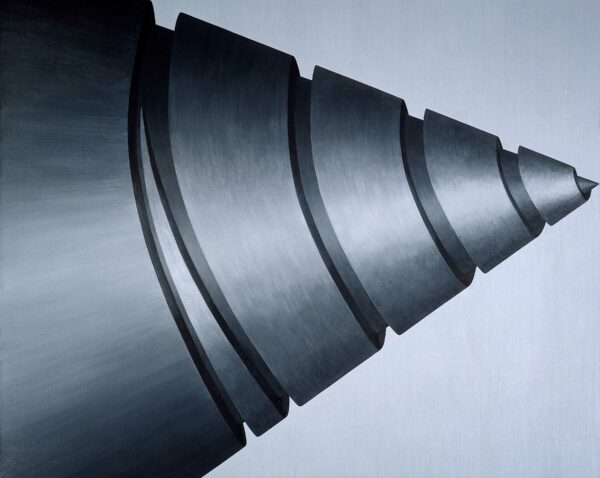 The Menil’s drawing is clearly related in some way to Ream (both are dated 1964). It was either a preparatory work, executed to help Lozano decide how close and at what angle she wanted to depict the mysterious tool’s head, or it was executed afterwards, a further exploration of her subject. I’d venture that it was an early study, as the drawing, compared to the painting, is much more awkward. It’s less sexy (a word that has often been used to describe Lozano’s 1963/64 tool series) than the painting.

But still, the drawing leaves it all on the mat. The fact that it is only a fraction of the size of Ream is irrelevant, because it can still hold a room. The care with which Lozano has taken to depict the tool’s tip is remarkable; when you view the piece in a gallery (and not enlarged on a screen) it almost has the feel of a photograph taken using a macro lens. The light shines off the tool just perfectly, and it is only once you get up close that you begin to see the piece’s imperfections: an errant line hanging off of the bottom of the tool, and the pinholes at the paper’s corners.

The work’s masculinity and starkness (two other subjects often discussed around Lozano’s tool series) are what give the work its presence. You can see the piece from across the room because it is bold, sharp, and aggressive, just like its subject. 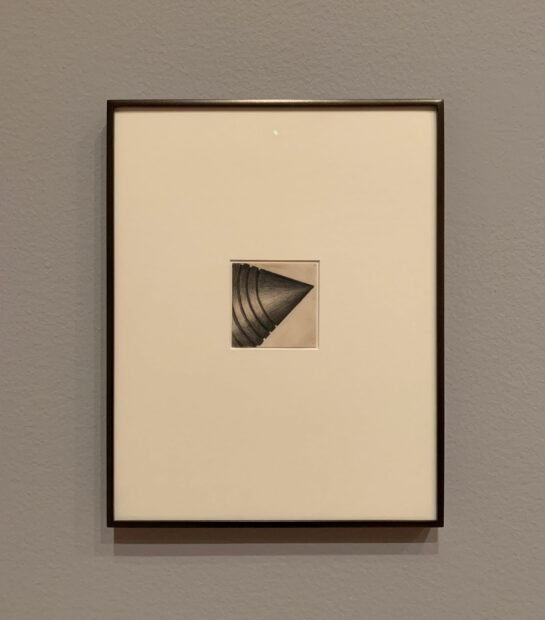 After seeing this piece, I wondered if it was ever meant to be viewed by the public as a finished work, or if it was a product of the artist’s estate releasing pieces into the wild (Lozano died in 1999). Other small-scale drawings by her, many of which also lack titles, have popped up in recent years. Some of these are on torn, uneven bits of paper, while others are executed in the middle of sheets of notebook graph paper. Many are small but mighty.

Either way, I’m glad this drawing has come out into the sun. It’s a rare treat to see a piece by Lozano in the wild in Texas.

Go here to view the catalog for the Blanton Museum of Art’s 2012 exhibition Pun Value: 4 Works by Lee Lozano. Lozano’s drawing is on view through March 13, 2022 in the Menil Drawing Institute’s exhibition, Draw Like a Machine: Pop Art, 1952-1975.