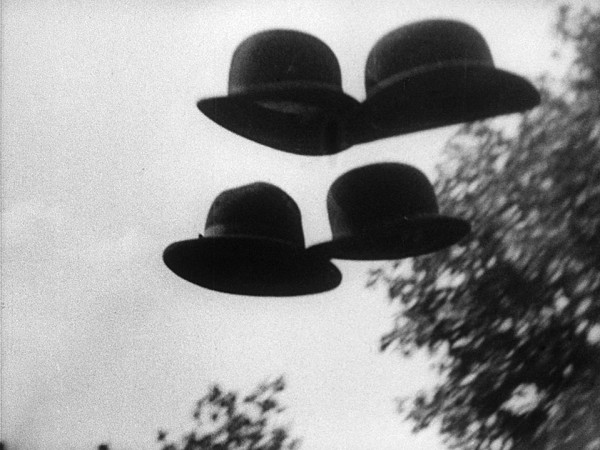 Between the 1920s and 40s, a number of painters, photographers, designers, musicians, and dancers turned to the relatively new medium of moving-image film seeking new directions and extensions of their art forms. These pioneering experimenters rigorously and playfully explored the very nature of the medium–playing with light, shadow, space, and time like never before. This Friday evening, the front lawn of the Menil Collection will flicker with some of the best of these early cinematic dreams, shown on 16mm film prints. Co-presented by the Menil and Aurora Picture Show in conjunction with the museum’s Magritte exhibition, the free outdoor “Surreal/Reel” screening provides a nice opportunity to see great works by early interdisciplinary film artists who shared a spirit of perceptual play.

Before getting surreal, the program opens with an appetizer of fascinating reality–home movies by René Magritte himself. Shot in the 1950s, these give us rare glimpses of the artist at home, simply having fun with his wife Georgette. Programmer Mary Magsamen says of these endearing personal documents, “It shows a personal side that people don’t often get to see. Even when they’re just playing around with each other and the camera, Magritte is still thinking in a surrealist way, having fun with hats, bananas, and masks.” 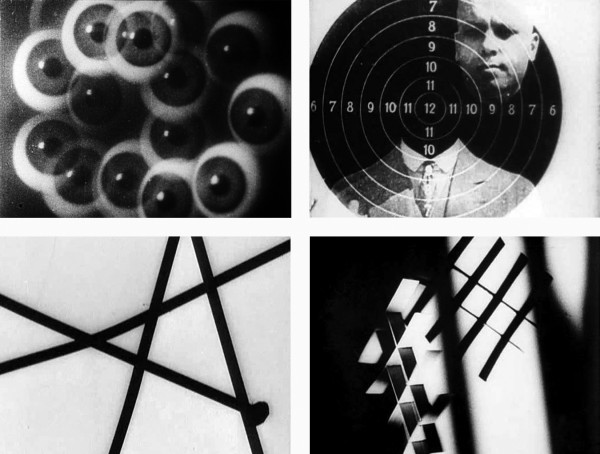 From there, viewers will embark on a journey into inventive, rhythmic cine-poetry, beginning with two films made in the late-1920s by Hans Richter. After pioneering purely abstract filmmaking with his Rhythmus 21, 23, and 25, Richter began integrating more representational photographic imagery into his experiments. Film Study (1926) creates unexpected associations between faces, floating eyeballs, and abstract forms; while Ghosts Before Breakfast (1928) journeys further into the surreal with an irrational story comprising legs, ladders, hats, beards and clocks. Man Ray extended his “rayograph” (photogram) technique to moving images for Le Retour à la raison (Return to Reason, 1923), created shortly after he moved to Paris and just a couple of years before he was included in the first Surrealist exhibition at Galerie Pierre. At Land (1944), by dancer/choreographer-turned-filmmaker Maya Deren, follows a woman’s encounters with other people and various versions of herself. Three films made ca.1940 by assemblage artist and found-footage filmmaker Joseph Cornell– Jack’s Dream, Carrousel, and Thimble Theater–playfully re-edit imagery of animals, children, puppets, etc. from collected films. Like his well-known boxes, Cornell’s film assemblages show his sense of wonder, nostalgia, and fantasy.

The sole new film in the program, collage animator Lawrence Jordan’s Entr’acte (2013), is a nice inclusion and a perfect finale to the evening. Jordan was inspired by the Surrealists, knew Maya Deren, and worked closely with Joseph Cornell on his later films and boxes. I spoke with Jordan about the upcoming “Surreal/Reel” screening. He loves that his latest film will have its Houston premiere in this context, 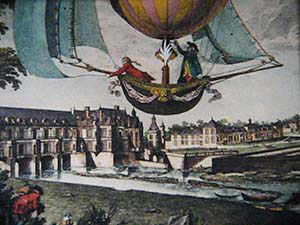 and emphasized the great influence the other filmmakers in the program had on his life and work. (He even mentioned that he’d had a dream about some of them the night before we spoke.) About the selection, Jordan commented, “Buñuel said that film was the ideal medium for exploring the unconscious. Very few films get in and do it explicitly. These films, like Magritte’s scenes, should take the viewers up to the doors of their own unconscious.”

I recommend bringing a chair or blanket down to the Menil lawn this Friday for this lovely evening of projected light and waking dreams.