by Paula Newton May 22, 2017
FacebookTwitterEmail 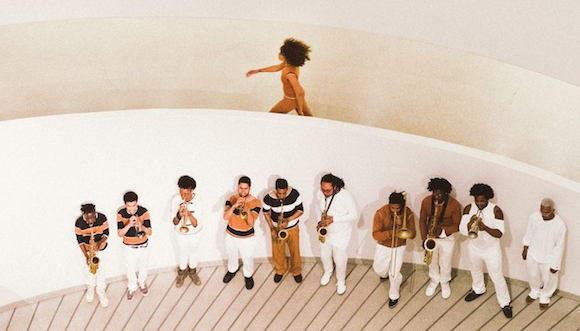 Late last week, Houston native Solange Knowles presented “An Ode To,” a performance art piece at New York’s Guggenheim Museum. Part installation, part dance, and part concert, the event was covered by Billboard, Vanity Fair, Time, Vulture, W magazine, Vogue, the Daily Beast, Rolling Stone, the New York Times, and artnet News, among others. The reviews were glowing. While some focused on the performance as art (W: “This was the introduction of Solange Knowles, the artist” and NY Times: “The effect was moving, the show itself museum-worthy”), others focused on the empowering black activist aspect of the work, commenting on the whiteness of most museums (Vulture called it “a Transcendent Act of Disruption”).

A visual interpretation of her latest album A Seat at the Table, Solange presented an earlier version of the performance piece, entitled “Scales,” at the Menil Collection in late March. She ended her Guggenheim performance by stating, “Being a black woman of color, I’m not settling for just being here, but tearing the fucking walls down.”

Let’s hope she does.