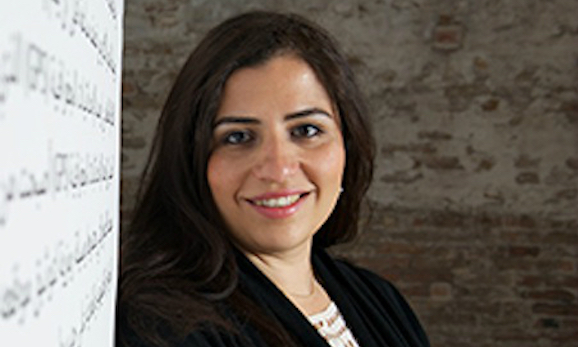 The Menil Collection in Houston has announced that Reem Fadda has been awarded the eighth Walter Hopps Award for Curatorial Achievement. The Palestine/Jordan-based curator “will receive a $20,000 stipend and will deliver a public lecture at the institution this fall.”

Says Menil director Rebecca Rabinow: “Reem Fadda has an impressive record of organizing groundbreaking programs both inside and outside of conventional museums. Her fundamental belief that contemporary art and architecture represent an ongoing engagement with the most challenging questions of our time informs every aspect of her work.”

The selection panel was organized by Rabinow and Menil curator Toby Kamps, and was made up of “Phong Bui, cofounder and creative director of the Brooklyn Rail; Hou Hanru, artistic director of MAXXI National Museum of Twenty-First-Century Arts in Rome; and Jessica Morgan, director of the Dia Art Foundation in New York.” Fadda was picked from a pool of nine candidates. The award was established in 2001 and named for the founding director of the Menil, and it “recognizes early- to midcareer curators who have made significant contributions to the field of contemporary art.”

Fadda is most recently known for serving as associate curator of Middle Eastern Art for the Guggenheim Abu Dhabi (through 2016), as well as curating the sixth edition of the Marrakech Biennale (2016). For more on her curatorial posts and achievements, please go here.

Last Chance: Say Goodbye to the Menil (Until...