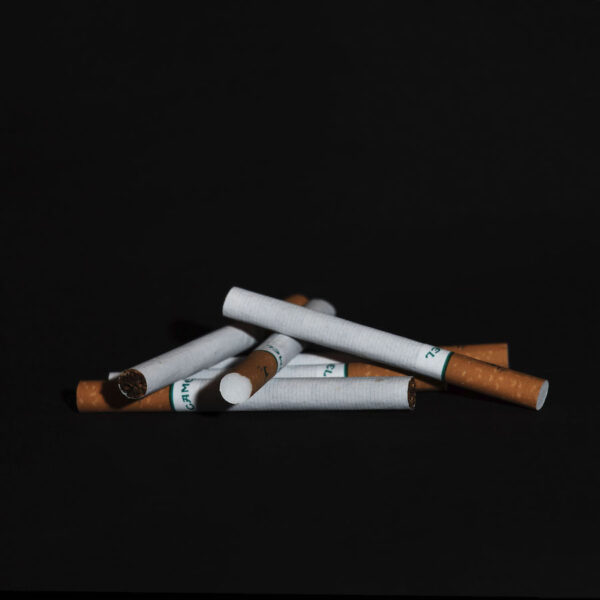 Theresa Newsome is a photographer whose work explores the concepts of racial identity, history and gender. She received her MFA from Texas Woman’s University in 2019 and currently teaches at Palo Alto College in San Antonio. We met at Blue Star Contemporary during my Artpace San Antonio/Glasstire writing residency to discuss her solo exhibition Objects of Aggression, which is on view at Blue Star Contemporary in San Antonio through May 9.

Colette Copeland: How did this project originate?

Theresa Newsome: I started the project in 2016 during my first year in grad school. That was around the time when Alton Sterling was murdered by two Baton Rouge police officers. Eric Garner had been murdered two years prior by a NYPD officer, as well as Michael Brown in Ferguson, Missouri. I was watching the news and thinking about the senseless violence as well as the objects tied to their cases. 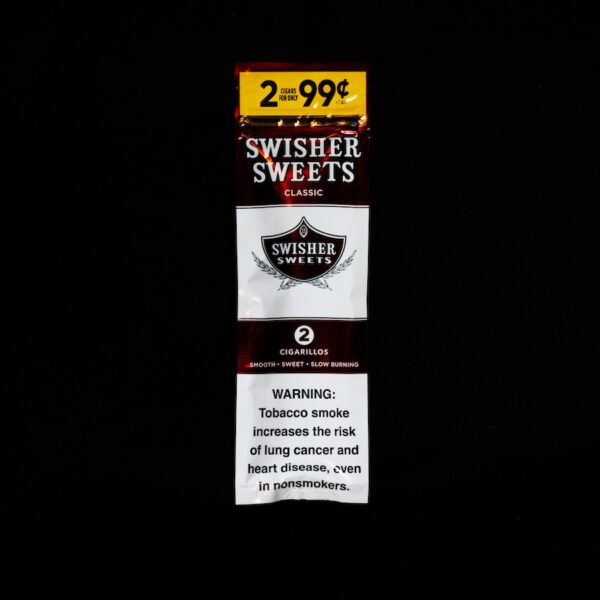 CC: I’m very interested in the notion of objects not only symbolizing events, both historical and current, but also as a repository for memory. In your Objects series, each object photographed against a black background symbolizes the murder of an unarmed Black individual by law enforcement, or unchecked racism. Please speak more about the significance of the objects and their power to both hold and tell a story.

TN: In terms of the black background, when I first started the series I experimented with white backgrounds and felt that the white background was too pure. The black background provides a stark contrast with the objects, confronting the viewer. For example, the image of Trayvon Martin has a package of Skittles and an iced tea, because those were the items he had purchased prior to his shooting. But the items continue to have significance beyond that event. When George Zimmerman (the man who fatally shot Trayvon Martin) goes to rallies or gun shows, people will bring him Skittles and tea and ask him to autograph them. The fact that he is celebrating his actions is disgusting.

CC: In that case, the objects become fetishized representations of the violence. 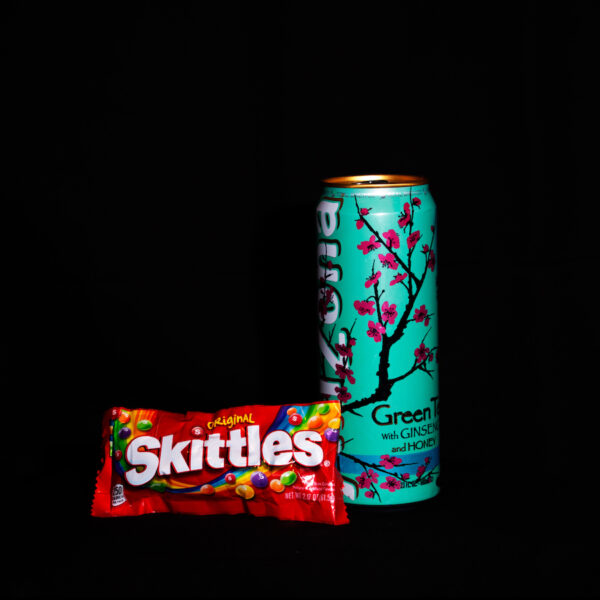 TN: Yes. The objects have also become significant as symbols for #BLM. It’s interesting how both sides appropriate the objects for their own use. 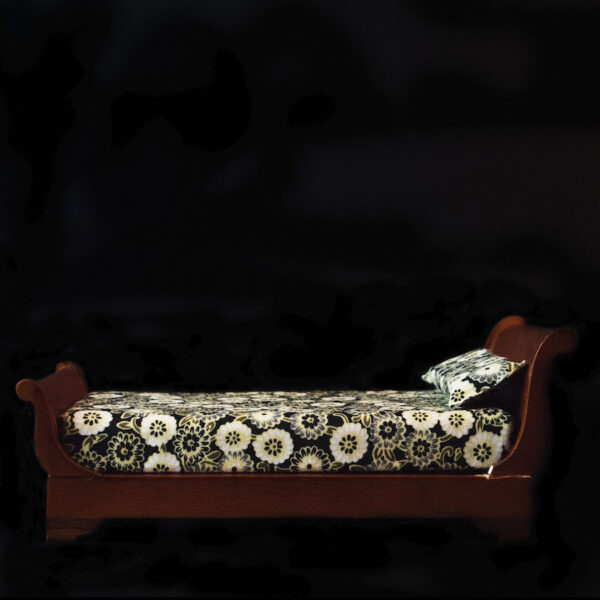 CC: How did you determine which stories and which objects? There are many cases that would fit your project.

TN: I started with the stories that were most significant to me like Alton Sterling (image of CDs). I remember watching the news and its coverage of that event. Eric Garner was questioned by police for suspicion of selling cigarettes without a tax stamp. Michael Brown was reported as having stolen a box of Swisher Sweets cigars. Breonna Taylor’s (image of bed) story continues to be in the news with protests for not indicting the police officers for her murder. As the murders accumulate, so do the objects. 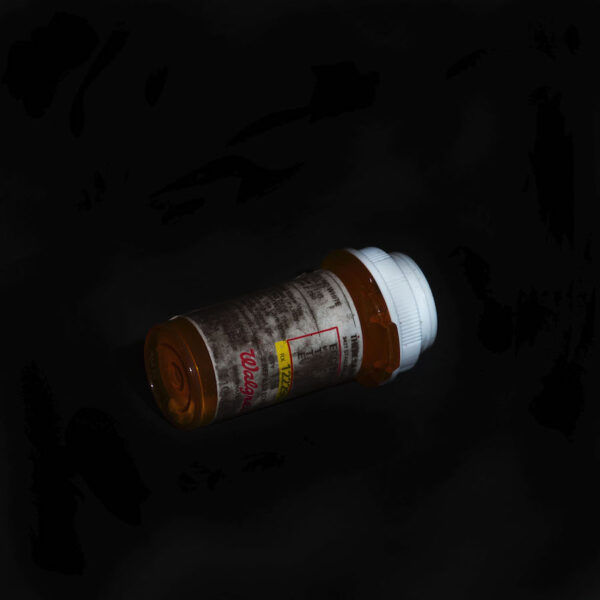 CC: In your statement, you write that the objects are “integral as reasoning for the violence that transpired.”

TN: I think of it as a domino effect. Another significant story is Rumain Brisbon. He had the pill bottle in his pocket. If he had not had the bottle in his pocket, which the officers thought was a gun or weapon and which ultimately led to his shooting, he might be alive today. Atatiana Jefferson was a 28-year-old woman from Fort Worth who had her back door open and was shot to death in her home in 2019 after a neighbor called to report a wellness check. Police responded to the call, walking inside her home and shooting her on sight. 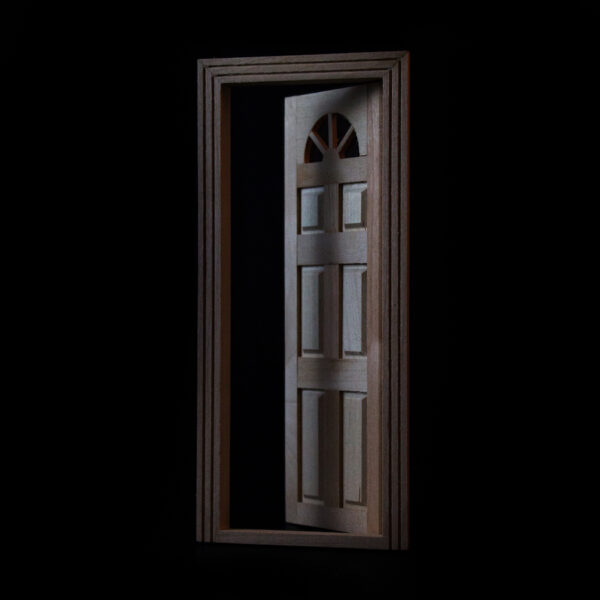 CC: Was anyone brought to justice for that?

TN: Yes. The police officer was arrested and indicted for murder.

CC: The murder of George Floyd has been on everyone’s hearts and minds. There’s the crumbled $20 bill.

TN: George Floyd was accused of using a counterfeit $20 bill. A convenience clerk called the police to report Floyd. Even if he did pass a fake bill, it does not justify the officer holding his knee on Floyd’s neck for eight minutes.

CC: Photographed against a stark black background, the objects appear to be floating in space without background context and/or reference to scale. Tell us about your decision to shoot a 12” x 12” square composition and present the images unframed.

TN: The square lends itself well to a grid format. As I continue this project, I envision a wall full of images. For the work’s first installation in 2016, I had them framed, but didn’t like the resulting aesthetic. Also, I wanted the objects to be close to life-size. 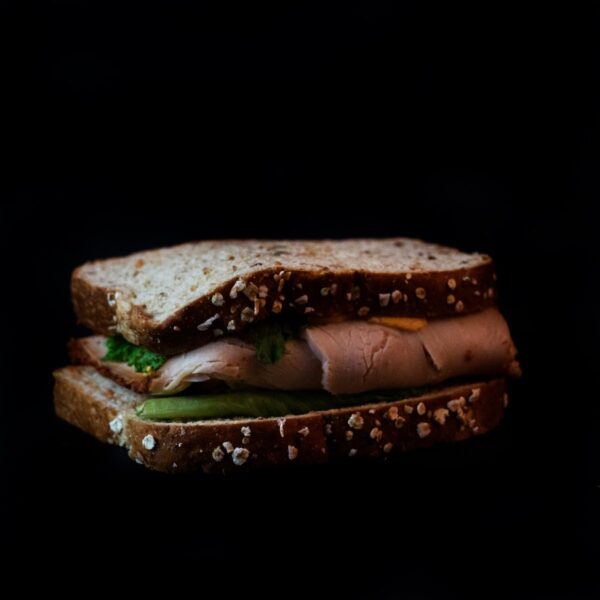 CC: I agree. Framing it or having it large-scale fetishizes the object and the image, emphasizing the “art piece” aspect of it, rather than the object or meaning behind the object.

On the website, when you scroll over an image, the name of the victim appears. In the exhibition, the images stand alone without text to serve as a reminder of systemic racism in our country. For viewers who might not know the history or the stories, how can they engage with the narrative?

TN: At this point in time, if someone is aware of the current political climate, they have heard some of these stories. If viewers come in and don’t recognize the story based on the object, my hope is that they will read the names outside the gallery wall and do their own investigative research to understand the objects’ symbolism, and the stories’ significance.

CC: The onus is on the viewer to do the work. While I’m familiar with many of names and events, I didn’t always know the connection to the object. For example, the image of the roast beef sandwich (Cornelius Fredericks). The image spurred my curiosity to research his story. It was heartbreaking. He was only 16.

Where is the ideal space to show this work and have a productive dialogue?

TN: I think an online space is great, especially during Covid. I’ve posted some of these on my Instagram and people have commented, tagged it and shared it. Especially with the #BLM movement having such a big online presence. It would be great if BLM had online galleries for artists to share their work and have those discussions.

In my artist statement, I mention that the work was inspired by my brother. He’s 23 and lives in San Antonio. I remember when he was 18 or 19 and my mother had a conversation with him about always doing what police officers ask and not talking back. And avoiding putting yourself in that kind of situation. My brother travels a lot for work. When he is driving throughout West Texas or Oklahoma or unfamiliar areas, I worry about something happening to him. I want him to be safe. This project is an homage to him. All of the victims had mothers, fathers, siblings and family left behind. The realization that this wall could contain any of my family members is humbling.

CC: As an ally for BLM, what can we do to support the cause and be good allies?

TN: Keep yourself educated and don’t rely on people of color to educate you. Be vocal in your support. Use your voice and agency to affect change.

Theresa Newsome’s ‘Objects of Agression’ is on view at Blue Star Contemporary, San Antonio, through May 9, 2021.