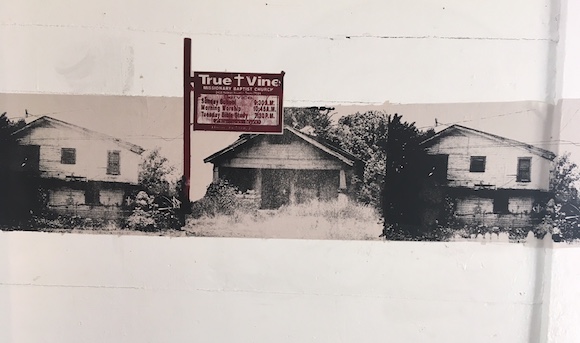 One of Houston’s Project Row House’s most anticipated shows is its annual Summer Studios round. Unlike the other PRH rounds, which are typically populated with gallery and museum artists, the Summer Studios are open to seven student artists nominated by professors and selected by a panel of professional artists. PRH developed the Summer Studios program in 2006 to provide an opportunity for emerging artists to create and exhibit work that responds to and engages with the surrounding Houston community. 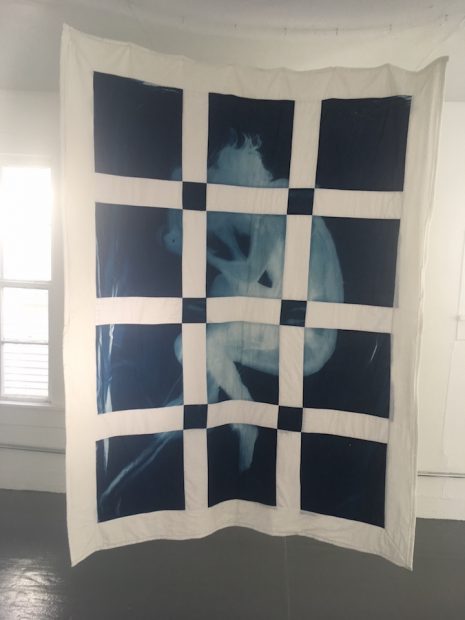 It’s rare to see multiple artists in residency tune into a shared in dialogue. Under the mentorship of the 2019 Katherine McGovern College of the Arts + Project Row Houses Fellowship, Libby Bland worked not so much as a curator but rather as a sounding board for the artists. “One of the best parts about working with artists this young was being able to work with them on defining their personal artists narratives, and it was incredible to watch them take ownership over the space as the summer went on.” These young artists are driven by the realities of a broken social contract, and they work for a better way to find social and political understanding through creative navigation. Their installations go far beyond pedantic storytelling. Through these new bodies of work, a viewer can appreciate both an urgency and a tranquility in the fog of socio-political chaos. 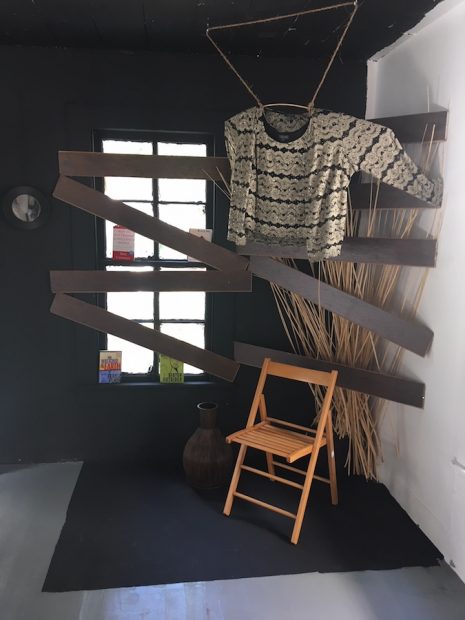 Chanise Epps got her formal training as a combat photographer while serving in the United States Air Force. Growing up in the south instilled in her a way of “being” — a set of social expectation on how to be a woman — and yet she says that during her time in Afghanistan, she had to crucify her own identity for our country. In Epps’s piece Suspended Identity, she creates moments of these unquantifiable roles: woman and soldier. A service uniform hangs from the ceiling of her studio at PRH, and across the room a dress is encased in a cage of garden trellis. These vignettes create a gender and identity timeline, and are accented by clever moments of found objects and sculptures. Epps creates what she refers to as a Black Spectrum, which gives her and her viewers the freedom of exploration through this extended collection. 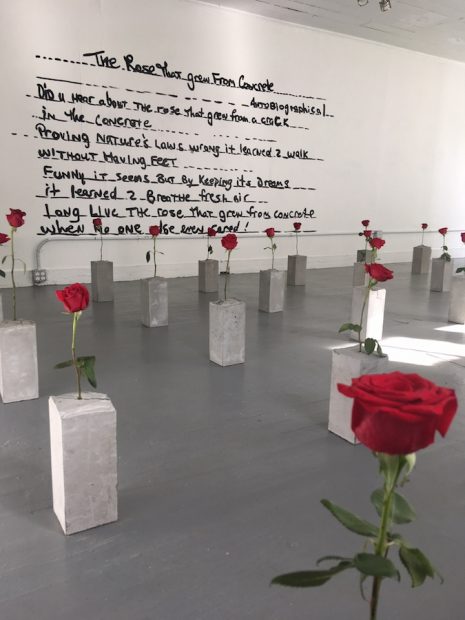 A few doors down is the clean and visionary work of Nick Simien. Simien once worked as a jail guard, and aspired to be an architect. Simien finds beauty in the broken — a society of frustrations and unattainable goals. The Rose That Grew from Concrete is inspired by the poetry of Tupac Shakur. The room is filled with cracked blocks of concrete, with a lush red rose sprouting from each one. There’s an extended metaphor here: an unforgiving material giving life, and the staggering summer heat within the un-air-conditioned space that takes it away. But the takeaway is that there are creative means of liberation for anyone. The installation teeters on being a kind of memorial while nodding to new directions. 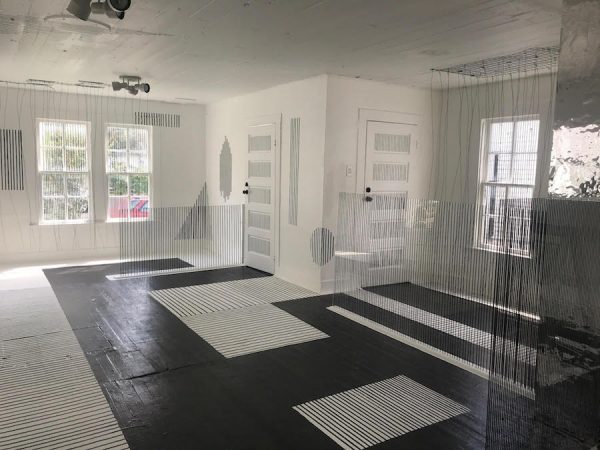 Venezuelan-American artist Alexandra Lechin draws inspiration from the therapeutic benefits of immersive spaces and the seductive qualities of movement, line, space, and color. She pulls out the stops with El Transfigurespacio (The Transfigured Space) and creates an ever-changing thread of fate, meditation, and healing through her construction of illusions. In employing a black-and-white striped series of hand-painted lines and mirrored mosaics, she dips into several notions: optical exercises; worlds of anxiety; human connections. It’s a system of art therapy and mental wellness. There’s a zenlike repetition here, a serenity in the movement. During the Summer Studios round, Lechin has worked with a dancer from the Houston Ballet to create performance and film, and she invited visitors to join her for evenings of mind and body rumination. 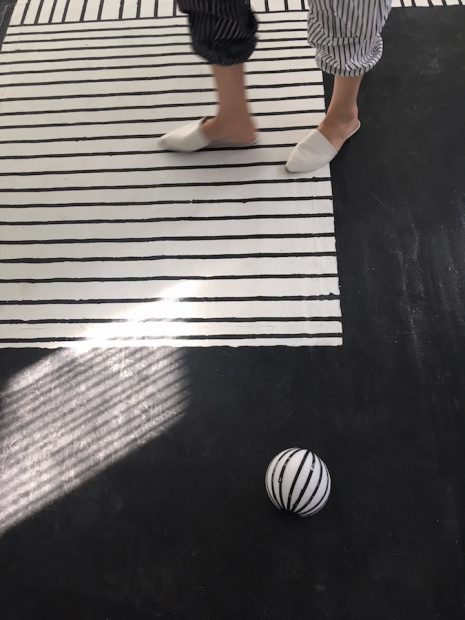 In fact, Lechin’s work brings the Summer Studios round full circle, and caps an excellent roster of new talent presented by PRH. This is a truly stimulating set of exhibitions and a well-cultivated collective conversation.