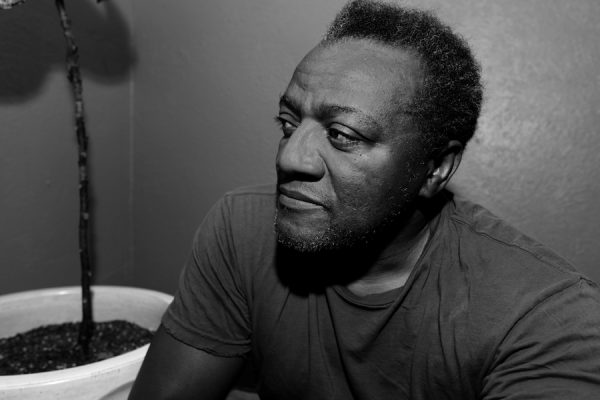 Glasstire is pleased to announce the appointment of Christopher Blay as News Editor. A longtime contributor of Glasstire, the Fort Worth-based Blay succeeds Brandon Zech in the full-time position, as Zech settles into the role of Glasstire’s Publisher.

Blay’s position as head of Glasstire’s news content and his role as a key staff member for feature content comes as Glasstire enjoys unprecedented growth in audience, revenue, and staff. Blay will oversee the News section of the site as well as contribute reviews, op-eds and essays, and help shape and participate in Glasstire’s regular media features such as the Top Five video and the Art Dirt podcast. He will relocate to Houston in late 2019 and join the full-time staff in Glasstire’s offices in Midtown.

Zech, Glasstire’s Publisher, says of Blay’s appointment: “After an extensive search, I’m thrilled that we are naming Christopher Blay as Glasstire’s new News Editor. Since he first started contributing to the publication, I’ve always been impressed with Christopher’s insightful, thoughtful reviews, projects, and essays. Christopher is a fantastic addition to our hardworking team, and I’m looking forward to him helping Glasstire expand the conversation about art in Texas.”

Christina Rees, Glasstire’s Editor-in-Chief says: “I couldn’t be happier about Blay’s appointment. He’s an extremely hard-to-find mix of good-natured and fair as he maintains a strong point of view, and his point of view is that of a true artist. I have tremendous trust in his voice and his ideas. We’re very lucky to have him.”

Christopher Blay is an artist, writer and curator with a B.F.A. from Texas Christian University in Fort Worth. He has worked as curator for the Art Corridor Galleries at Tarrant County College Southeast for the past ten years. He has been a contributor to Glasstire since 2016, beginning with a Glasstire artist-in-residency that year under the name of his onetime alter ego, Frank Artsmarter. His contributions to Glasstire since then include reviews, op-eds, and essays. Blay has been an art critic at the Fort Worth Weekly Magazine and an assistant Photo Editor at the Fort Worth Star-Telegram. His work incorporates photography, video, sculpture, and performance. Blay’s most recent work, Extreme Close-ups With Strangers, focuses on the mechanical and mediated nature of photography. Two other recent projects include KWTXR, which exhibited at UNT’s on the Square Gallery in Denton, and The Seven Deadly Things at 500X Gallery in Dallas; both are based on the fictional character Kara Walker Texas Ranger, and respond to historical violence against African Americans.

Blay’s public artworks include an ongoing project on East Rosedale Avenue in Fort Worth which will convert a civil rights-era transit bus into a public monument. His Coombs Creek Park sculpture Dindi (for Annibel) in Dallas is a corten steel sculpture that traces the path of the creek from the park to the Trinity River. In 2013, Blay received the SMU Meadows museum’s Moss/Chumley Award for his “proven track record as an active community advocate for the visual arts,” and the Nasher Sculpture Center’s Artist Microgrant in 2015. Blay was also the spring 2017 Visiting Artist at the Dallas Museum of Art’s Center for Creative Connections, and was the first curator-in-residence at Fort Worth Contemporary Arts. Blay is a 2018 recipient of the Otis and Velma Davis Dozier Travel Grant from the Dallas Museum of Art and is currently an inaugural Carter Community Artist, an initiative of the Amon Carter Museum of American Art.

About Glasstire
Glasstire is an online publication that covers visual art in Texas. Its mission is to expand the conversation about art in the state. It has been continuous operation since January 2001. It is a non-profit 501(c)(3) publication, supported in part by grants from The Houston Endowment, The Brown Foundation, Inc., the National Endowment for the Arts, the Greater Houston Community Foundation, the City of Houston through Houston Arts Alliance, and the Texas Commission for the Arts. Glasstire’s name is an homage to Robert Rauschenberg’s sculptures of tires cast in glass. The artworks evoke traveling great distances, at great speed, with great clarity.

Glasstire is the oldest web-only art magazine in the country.

Cool. This is fantastic.

Great news; congrats to all!

Fantastic news, looking forward to having you in HTX Christopher! Hope to catch up soon 🙂