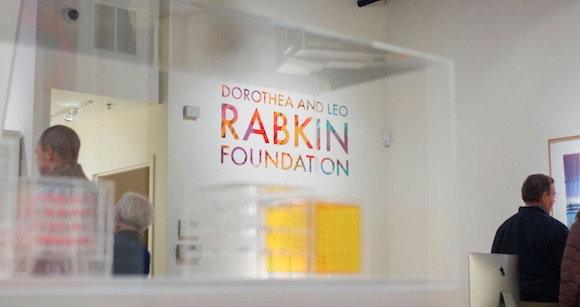 The Rabkin Foundation has announced the winners for its third cycle year of the Rabkin Prize, a national grant program for visual art journalists. The Prize is $50,000 in unrestricted funds for each of the eight winners.

The 2019 Rabkin Prize winners are:

Of interest to Glasstire: This year’s jurors (unannounced until the Prize is announced) included Rainey Knudson, Founder (and recently retired Publisher) of Glasstire. The other jurors were Dennis Scholl, President and CEO Art Center/South Florida and former Vice-President and CEO of the Knight Foundation for Journalism; and David Frankel, former Editorial Director, Publications, The Museum of Modern Art, New York, and contributing editor to Artforum.

Also of interest to Glasstire: Glasstire‘s Editor-in-Chief, Christina Rees, was a winner of the Rabkin Prize in its inaugural year. Other past winners of the Prize include Jason Farago of the New York Times, Carolina Miranda of the Los Angeles Times, Coco Fusco, artist, teacher and critic, and Boston’s Sebastian Smee. In 2018 the Rabkin Foundation also awarded the New York Times‘ Roberta Smith with a lifetime achievement award.

“The grant program is by nomination only. A distinguished group of sixteen nominators, working in the visual arts in all parts of the country, provided the list of potential winners. The nominators were asked to identify, ‘The essential visual art journalist working in your part of the country.’ Candidates for the award submitted two recent articles and a brief curriculum vita. Our jury considered each one and deliberated together in Portland in mid-July to come up with the final list. Writers can be re-nominated and are eligible until they win a Rabkin Prize in Visual Arts Journalism. This is an annual program and central initiative of the foundation.”