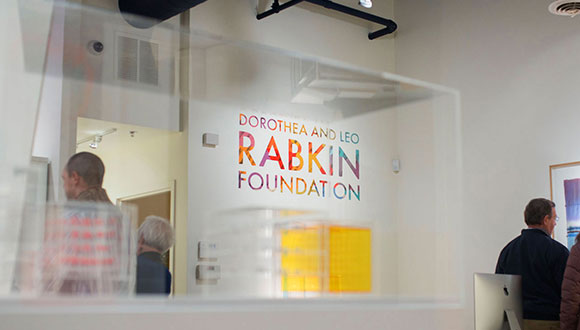 The Dorothea and Leo Rabkin Foundation, based in Portland, Maine, has announced the winners of its second annual Rabkin Prize for Arts Journalism, an award given to eight U.S.-based arts writers. The shortlist for the nomination-only prize was provided by sixteen visual arts professionals from across the U.S. who each selected an arts writer they felt best represented their region of the country. The eight awardees were then chosen from the list by a panel, which this year included: Miranda Lash, curator of contemporary art at the Speed Museum in Louisville, Kentucky; Lee Kaplan, founder of Arcana: Books on the Arts, Culver City, California; and Karen Wilkin, independent curator, art critic, and Atelier Head of Art History at the New York Studio School. The 2018 Rabkin Prize for Arts Journalism awardees include:

Many of the this year’s winners are freelance writers who contribute to multiple publications, including Hyperallergic, Artforum, Brooklyn Rail, Art in America, Frieze Magazine, and the New York Times, among others. Each awardee will receive a $50,000 grant as their prize.

Founded in 1999, the Dorothea and Leo Rabkin Foundation fufills the dual role of honoring the artistic legacy of Leo Rabkin and administering grants for visual arts-related programs. The Rabkin Prize for Arts Journalism is one of the foundation’s main focuses. In a press release, Susan C. Larsen, the organization’s executive director, talked about what spurred on the prize:

“Leo valued the essential role of visual arts journalists in the fast-changing art world. He and Dorothea had several art writers as close friends and understood the financially precarious circumstances of many in the profession. Ours is an award for past achievement, but we also hope it will provide a bit of time for unfettered creativity, reflection, and renewal for those who are chosen each year.”