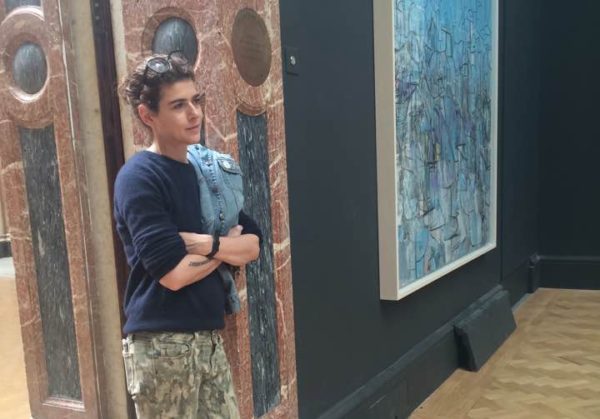 Today, The Dorothea and Leo Rabkin Foundation announced that Christina Rees, Glasstire’s Editor-in-Chief, has been awarded the new Rabkin Prize for Arts Journalism. For its inaugural year, sixteen arts writers were nominated for the prize, and eight were chosen by a panel of three jurors, including New York-based artist and critic Walter Robinson, Los Angeles-based writer and editor Lisa Gabrielle Mark, and Paul Ha, director of the List Visual Arts Center at MIT.

The eight selected writers will each receive a $50,000 grant from the Rabkin Foundation. The awardees include:

The Rabkin Foundation says of the award:

Our program will recognize outstanding career contributions by art critics who inform the public through their writing on contemporary art and artists. This program is by nomination and it will involve the input and deliberation of panels of nationally-recognized curators, writers, artists and other thoughtful readers of contemporary art criticism.

Established in 1999, the Dorothea and Leo Rabkin Foundation was created to share the work and legacy of artist and collector Leo Rabkin. Based in Portland, Maine, the foundation includes an exhibition space dedicated to showing Rabkin’s works.

Congratulations! So happy for you Christina!

Congratulations and well-deserved, Christina! Many, many thanks for your important contributions to the artistic, cultural and creative landscape of Texas, and beyond. You are rock star!

Congrats Christina! Maybe those funky video reviews caught their attention? Enjoy the big honor. I remember when you started writing art reviews way back when, we were all just starting our careers in the art world.

I read your work and respect your observations. You don’t always stay safe. I like that. Congratulations.

Dear Christina,
Congratulations on receiving a Radkin Prize award. I knew you had a special gift for writing in 1998 when you reviewed an exhibition of paintings on paper by Zhang Jingru, a Chinese painter who founded the Snow and Ice School we had at the gallery. It is unusual to have a writer’s prose match the quiet quality, beauty and sheer poetry of the artwork they are writing about; yours did exactly that. You have a rare gift and I am very pleased you have been recognized for your efforts.
The very best…
KV

Terrific news… congratulations Christina! It is very good to see you and Glasstire recognized for your important contributions.

Awesome! And so very well deserved–what a bonanza, congrats!

You’re amidst some formidable talent, Christina. Congratulations…and so well deserved!

so fantastico!! are you from Texas? much congratulations for your great work…. I always enjoy hearing what you have to say, a rare thing when speaking about art::

So thrilled and excited for you! Congratulations!

Congratulations on this recognition and award. Well deserved.

Christina, Congratulations to you for the award and for this collection of loving comments for an honor you totally deserve!

Well deserved. I read everything Ms. Rees writes, and always find it interesting and enlightening. She has made writing about art online as serious and important as in any print mag around the country.

I’m a bit late to the party here, but what else is new?…Congratulations Christina. I always love reading what you write!