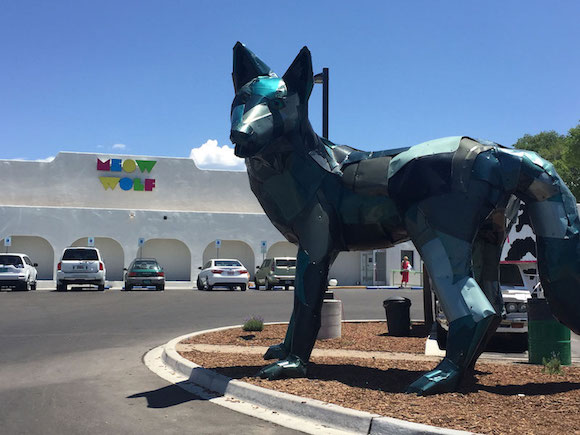 The complaint, which can be read here in full, alleges that both Khozein and Maciuszek were denied overtime pay (despite working more than 40 hours a week on a regular basis), were “unfairly scrutinized” in ways that their male counterparts were not, and then were wrongfully terminated for addressing these complaints to senior staff.

The plaintiffs are also seeking to have their case recognized as a class action lawsuit, claiming that more than 50 female workers at Meow Wolf have had similar experiences as theirs, and have been routinely discriminated against because of their gender. The suit also seeks compensatory and punitive damages, attorneys’ fees and other legal costs.

According to The Santa Fe New Mexican, Meow Wolf founder Vince Kadlubek, who is named as a defendant in the lawsuit, has denied all allegations and insists that Meow Wolf treats all of its employees fairly and that “there is no gender bias.”

Meow Wolf, established as a local arts collective in 2008, has seen a massive uptick in popularity since it opened its permanent interactive exhibition, The House of Eternal Return, in March 2016. The exhibit has drawn over a million visitors, and has been a big topic of discussion within the art world, including between Glasstire’s Christina Rees and Neil Fauerso.

Meow Wolf has sent Glasstire a statement on this matter. It is printed in full below:

“Meow Wolf is firmly committed to fair employment practices, equitable pay and supportive treatment of all employees. Beyond the letter of our strict formal policies prohibiting discrimination of any type, we have recognized the need to proactively address the potential for gender bias in society at large and, as such, have invited an open, forward-looking, productive – and ongoing – internal dialogue designed to continue to ensure our workplace is positive, respectful and safe and our workforce is informed and engaged. In addition, as Meow Wolf has grown in recent years, we have further invested in our employees through increased professional development opportunities, benefits and compensation, including implementing a $17/hour minimum wage that ranks Meow Wolf among the highest paying arts-industry employers in New Mexico. We are surprised and deeply saddened by these baseless allegations, which run completely counter to our culture, and will defend against them through the legal process.”