The Texas Connections to the 2019 Guggenheim Fellows 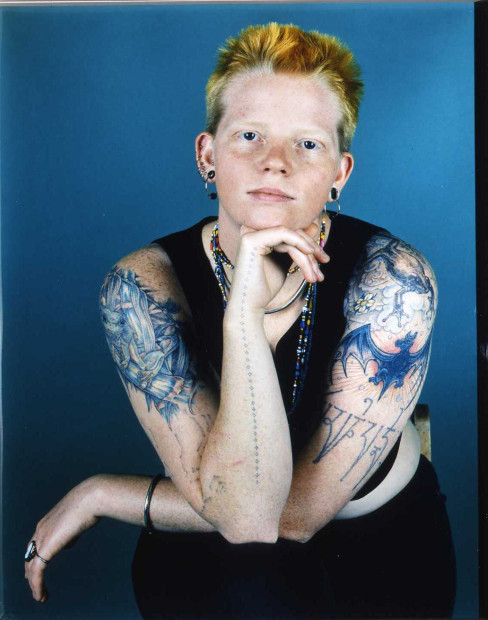 A photograph by Catherine Opie

This month, the John Simon Guggenheim Memorial Foundation announced the recipients of its 2019 Guggenheim Fellowship. Now in its 95th year, the fellowship is given annually to a range of artists, historians, scientists, writers, mathematicians, and others who are deemed to contribute significantly to their field and “provide for the cause of better international understanding.” This year’s class includes 168 recipients, who were selected from a pool of nearly 3,000 applicants.

As is typical, the 2019 list includes a few artists who have (at least a tangental) connection to Texas: one recipient is Mark Dion, an artist who is based in Copake, New York, and is currently working on a project for the Amon Carter Museum of American Art in Fort Worth. Another, the Brooklyn-based artist Fabienne Lasserre, was included in Outside the Lines, a 2013 exhibition at the Contemporary Arts Museum Houston (CAMH).

A third recipient, Catherine Opie, was the featured artist in Glasstire’s 2017 Off Road lecture, where she was in conversation with the writer Eileen Myles. During the talk (which you can watch here), the duo talked about their individual works, their past experiences together, aging, and much more. The Guggenheim Foundation recognizes Opie for her contribution to photography, and notes the prevalence of portraiture in her images. In the lead up to Opie’s event with Glasstire, we published an article that touched on what she contributes to this genre:

“Portraiture has been a cornerstone of Opie’s work since her earliest days as a photographer. Whether isolating contemporary figures against a single colored background, channelling the theatricality of Dutch Golden Age masterworks, or showing people relaxed and naturalistic in domestic settings, Opie captures the essence of the individuals she photographs. Her portraits are always memorable and never boring.”

Opie’s works will also be on view in the upcoming exhibition Stonewall 50 at the CAMH.

Jennifer is a fabulous force of photography and in 2018 was granted the amazing residency at the Rauschenberg Fnd. Her work is on view with her fellow art faculty through August 11th at the Art Museum of South Texas, in Corpus Christi Upper Gallery. Worth the ride, for sure!

Two more Texas-connected recipients: artist Steve Rowell, who grew up in Houston and gave an artist talk at UH in 2016, and Julia Bryan-Wilson, Professor of Art History at UC Berkeley, who grew up the Houston area, and who spoke at UH in 2016, served as an Idea Fund juror in 2017 and gave a talk at the MFAH in 2019.