Amon Carter to Present Installation by Mark Dion in 2020

The Amon Carter Museum of American Art in Fort Worth has announced that it will present a large-scale exhibition and installation by Mark Dion in 2020. Known for his works which study, categorize, and present scientific subjects, Dion has exhibited in museums, institutions, and festivals across the world, including dOCUMENTA 13, the Museum of Modern Art, Tate, and the British Museum of Natural History, among many others. For his show at the Amon Carter, titled The Perilous Texas Adventures of Mark Dion, the artist is embarking on journeys across Texas following in the footsteps of four 19th-century explorers: John James Audubon, Sarah Ann Lillie Hardinge, Frederick Law Olmsted, and Charles Wright. The concept behind this show takes cues from the artist’s 2008 exhibition Travels of William Bartram — Reconsidered and various other projects in which he retraces the paths of explorers and other figures.

Dion’s first Texas trip this past spring took him to Galveston and the Gulf Coast region where he sourced objects from dunes and beaches, bird watched, and conducted other forms of research. Future travels will bring him to West Texas by way of Fort Worth, King Ranch, Austin, and San Antonio. Throughout his research, Dion will consider how the Texas landscape has changed since his predecessors made their journeys in the 1800s. 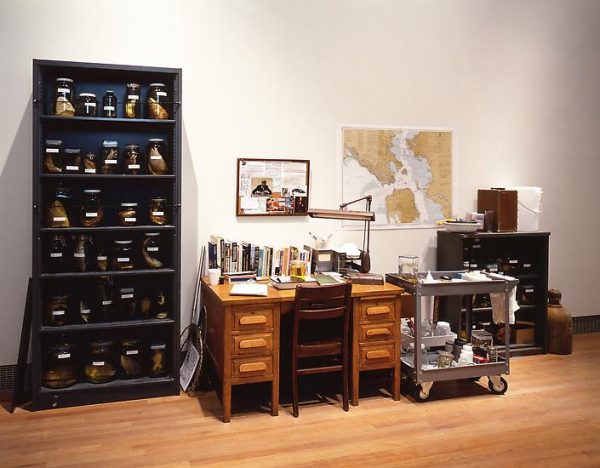 Along with a large-scale installation of artifacts and ephemera collected during Dion’s time in Texas paired with drawings and scrapbooks he created during the trip, The Perilous Texas Adventures of Mark Dion will include works on paper, paintings, and archival materials by other artists from the museum’s collection, to help contextualize his work. The show will also include a film produced by Erik Clapp about Dion’s travels. Margaret C. Adler, the museum’s curator, said of the project:

“Mark Dion approaches history with both humor and respect while embodying the artist-explorer experience in modern times. He is able to push the boundaries of what a normal exhibition looks like, but still makes it accessible to a wide audience by creating a sense of wonder. With this project, we are able to build upon the museum’s history of featuring American art of the past and connecting to our Texas roots in a new and exciting way.” 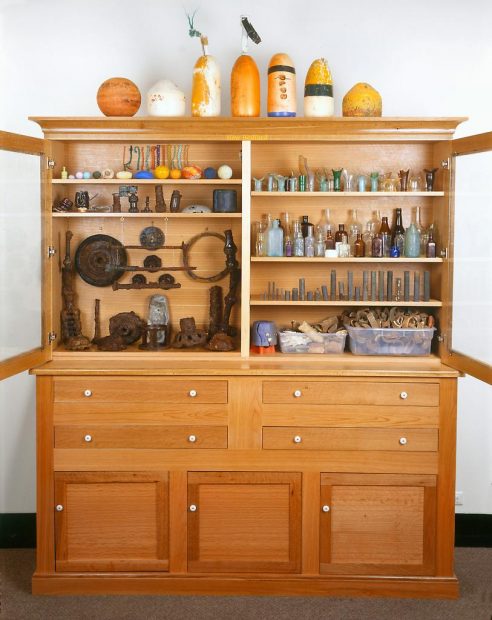 Leading up to the exhibition and installation by Mark Dion, the Amon Carter will host a series of programs, including interactive, community, and educational experiences. For additional information about the show, go here.