The University of Houston School of Arts has announced that next month it will host lectures by two visiting artists: Coco Fusco and Jeffrey Gibson. The university regularly brings in artists, scholars, and historians to give talks to its students and the public. Recent lectures have featured artist Judy Ledgerwood, who shows with Barbara Davis Gallery in Houston, Susan Cahan, an art historian who considers how art enacts social change, and New York-based artist and writer Jill Magid, among others. 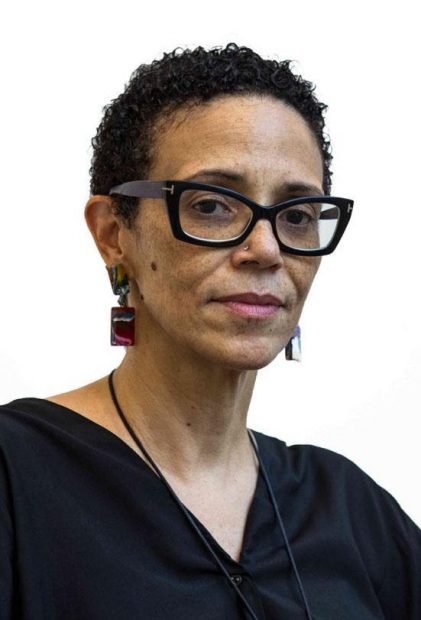 Ms. Fusco’s talk, which is titled Don’t Look Down: Art on the Political Tightrope, and is co-organized by the university, the Latino Art Now 2019! conference, and the Inter-University Program for Latin Research, will be presented on March 4, 2019 at 6:30 PM in UH’s Dudley Recital Hall. In addition to be a working artist and authoring several books about performance art and cultural issues in the Americas, Ms. Fusco currently works as the Andrew Banks Endowed Professor of Art at the University of Florida. She has exhibited at venues nationally and internationally, including The Museum of Modern Art, The Johannesburg Biennial, the 56th Venice Biennale, two Whitney Biennials (2008 and 1993), and many others. Her work takes on complex issues rooted in American culture, as she told Elia Alba during an interview with BOMB Magazine:

“I believe there are plenty of people out there who see me as a provocateur because I talk back, and because I work on subjects that irritate some people. But provocateur can have a negative connotation, it can suggest that I am just an enfant terrible who wants to shock people rather than delve deeply into issues. It can be used as a slight. I don’t see myself as someone who is just trying to get attention. I am interested in politics as sculptural material. I look at relationships of force, of power and control.” 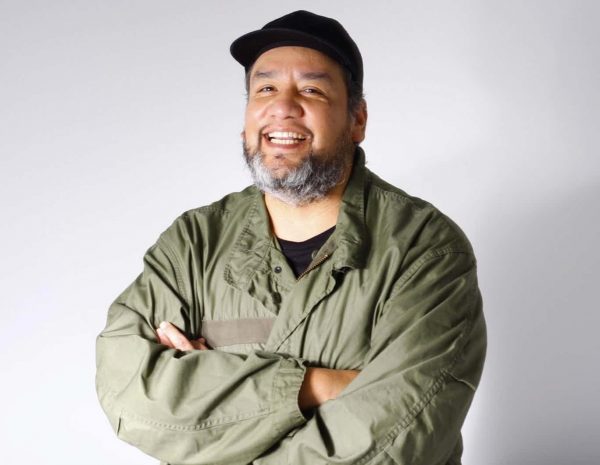 Mr. Gibson’s talk  is scheduled to take place on March 19 at 6:30 PM also in UH’s Dudley Recital Hall. For his lecture, he’ll discuss how his work addresses themes of globalization and “the revisionist history of Modernist forms and techniques.” Many of Mr. Gibson’s pieces draw on his Cherokee and Choctaw lineage, and the art forms present in his familial history: specifically, beaded works that address “narrative deconstructions of both image and language as transmitted through figuration.” Mr. Gibson has shown his work nationally and internationally at venues including The National Museum of the American Indian, the Rhode Island School of Design Museum, MARC STRAUS, and the Denver Art Museum. His upcoming exhibition, This is the Day, at the Blanton Museum of Art in Austin, will be on view from July 14 to September 29, 2019.