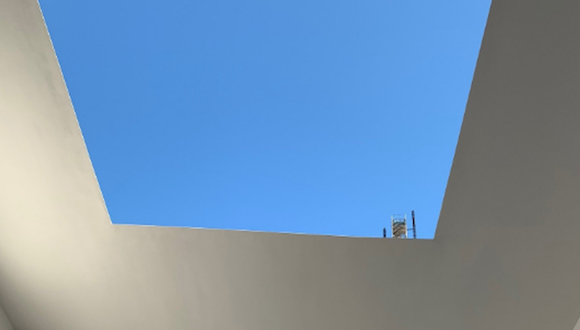 A spokesperson for MoMA PS1 stated that the scaffolding will not be visible once the building is complete, but how long will that take? And how long will it be before Turrell has no more blank canvas with which to work as long as there are people and their stuff nearby? The artist will have to retreat to the Arizona desert to work on finishing his humongous volcano project Roden Crater.

Does the Turrell versus development story sound familiar? 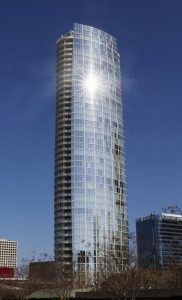 In a Glasstire article about another Turrell Skyspace, Brian Fee describes the Skyspace at the Nasher:

Since 2012, Glasstire has published over 15 articles about the Turrell mess at the Nasher and the intrusion into the New York Skyspace installation has brought the Dallas story back into the news. Also, Michael Granberry of The Dallas Morning News, recently chronicled the Nasher story as dramatically explained by a Science Channel episode of Engineering Catastrophes. Granberry notes that the narrator wrapped it all up by saying: “Until a solid solution can be agreed upon, Museum Tower and its neighbors will simply have to avert their eyes and hope for the best.”

The essence of the Oculus is that it changes the viewing perspective. I think it can work. What are Terrell’s thoughts?