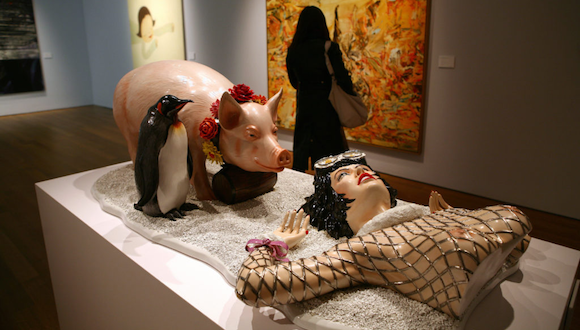 After a four-year-long legal battle with the creator of a surreal 1980s ad campaign who claims the Jeff Koons stole his work, Koons was found guilty of plagiarism and ordered to pay €300,000 ($352,000) in damages, reports artnet News. French ad executive Franck Davidovici created the campaign, titled Fait d’Hiver, in 1985 for the French clothing brand Naf Naf. Koons created a sculpture called Fait d’Hiverand exhibited it at the Pompidou Center in 2014. Davidovici happened to see the exhibition and a copyright infringement lawsuit was born. Look at the two works and you’ll see that Davidovici definitely has a point. 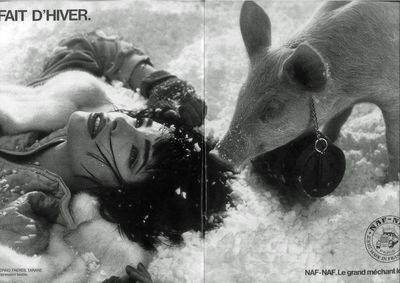 There have been arguments for years about the sometimes-fine line between plagiarism and appropriation. But if Koons tried to explain the nuanced differences between copyright infringement and appropriation, the French court did not buy it. This is by no means the first time Koons has been sued for plagiarism or copyright infringement. The New York Times published an article chronicling scads of lawsuits against Koons, some of which he won and some of which he lost.

Glasstire has also weighed in on the plagiarism debate on a few occasions in the past couple of years. “How to Avoid Art Theft (or Get Famous From It)” has helpful hints on how to steal and how to avoid it. “See Art! Get Inspired! Write Poems! (Oh, But No Plagiarism, Use 14 Point Times New Roman and Please Be Appropriate)” discusses literary plagiarism. “Plagiarists Strike Again” hits on plagiarists, mainly by corporations and retail outlets. “Houston Blue Trees Return. Plagiarized by Parks and Rec.” reports on Houston’s return of the “Painted Trees” made not by the original artist, but the City.