A Special Chance to See Performance Art at Artpace 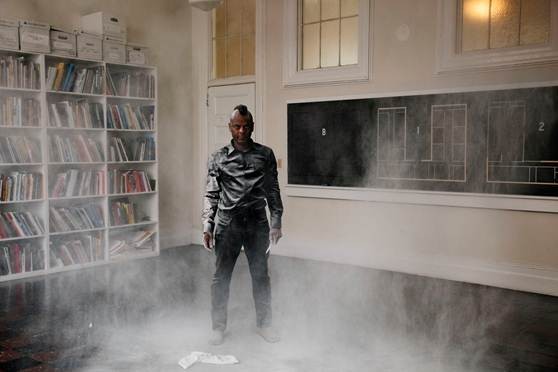 Artpace, a non-profit exhibition space and residency program, has announced that one of its Fall 2018 artists-in-residence, Clifford Owens, will be launching a new initiative giving San Antonio audiences a special chance to see performance art at the organization.

Owens often works in series that address, in different ways, the history of performance art and the process artists go about in creating performance pieces. For example, his Anthology project, which premiered at MoMA PS1 and was subsequently included in Valerie Cassel Oliver’s exhibition Radical Presence: Black Performance in Contemporary Art at the Contemporary Arts Museum Houston, was comprised of the end result of 26 performance scores he solicited from other African-American artists. 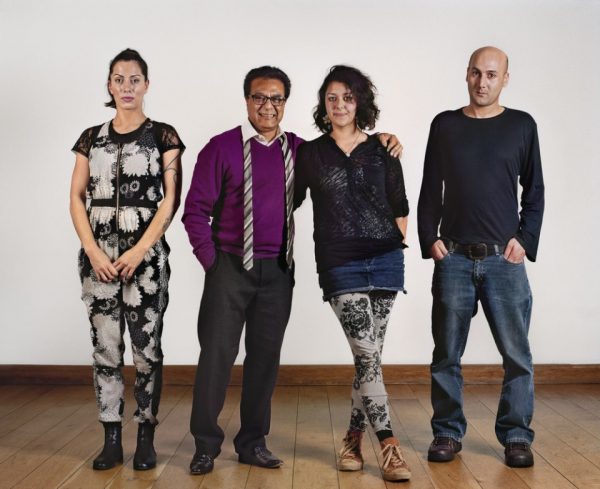 Photographs with an Audience: Manchester (Muslims), 2014, archival pigment print (Courtesy of the artist and Invisible-Exports)

Another series, Photographs with an Audience, which Owens presented in San Antonio on October 6 and 7, 2018, plays with ideas of performance and documentation: Owens’ performance is blatantly for the camera, a series of actions and directions that result in staged images.

Owens’ new project, A Salon for Performance Art will premiere in San Antonio on November 10 from 3-5PM. Designed as a sort of open call, the event will be moderated by the artist. A few more details, via Artpace:

“Visual performance artists are invited to perform for 10-minutes or less, followed by a brief comment from Owens. Performances must require a minimum installation/de- installation and clean up period of 2-minutes or less. Each performance will be documented by Artpace for their archives and shared with participating artists.”

As Owens is interested in mining the history of what performance was and is, it is likely that this dialogue following each piece will address larger issues present in the performance art community. In this way, his A Salon for Performance Art project will be almost a micro version of his more intensive Seminar. Structured as a performance art workshop, during Seminar Owens actively works for five days with five participating artists, helping them think through their process and create a performance. 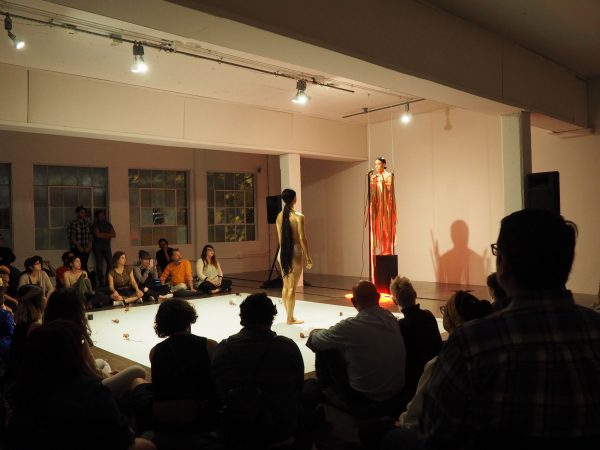 In recent years, there have been quite a few opportunities to see performance art at Artpace: the organization’s 2017 residencies brought San Antonio artist Christie Blizard’s EDM-inspired operatic performance, and multiple performance-like events on a stage set built by Heyd Fontenot. In addition, earlier this year, there was a performance in conjunction with Rafa Esparza’s installation at Artpace; and in 2016 the organization hosted a performance by newly dubbed MacArthur Genius Wu Tsang.

For more information on A Salon for Performance Art: San Antonio, go here.