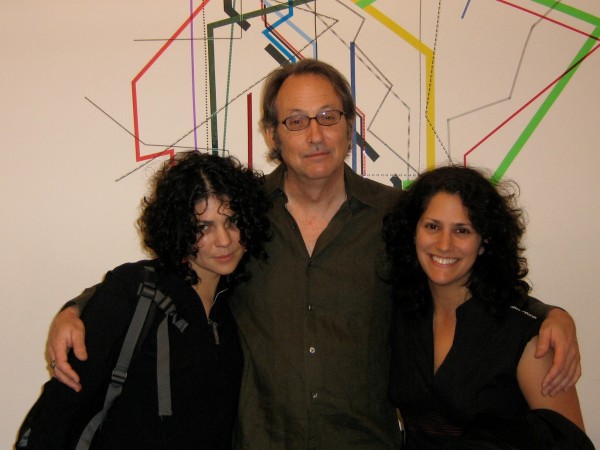 Regine Basha was recently appointed Executive Director of Artpace, San Antonio, a position she’ll assume less than a month from now on March 1, 2012. In anticipation of her return to Texas, Claire Ruud caught up with her to ask about her plans.

Claire Ruud (CR): Regine, what are the first three things you’ll do when you get back to San Antonio?

Regine Basha (RB):
1) Take my son Ruben to the zoo
2) Bike the Mission Trail
3) Meet friends at the Liberty Bar

CR: Places like Artpace are lightening rods for the complicated relationship between the local and the global in the field of contemporary art. What interests you about this relationship?

RB: At these junctures, there are many opportunities to see things through a different perspective, and to shake up the status quo. Often, assumptions about “the other” can be broken down to some degree. There might be friction, even, but I find these frictions productive.

CR: How might these productive frictions play out on the ground at Artpace?

RB: I’m sure they play out differently with every group each time. It’s a nuanced situation where everyone must feel comfortable enough to not only live under one roof together, but feel inspired to produce there. Those coming in from the outside must surrender three months of their lives while the artist from closer-in has the pressure of the whole community watching. I think Artpace does an excellent job already of creating that comfort zone. The rest is chemistry. It’s one of the few places that welcomes risk, and that’s where I like to be. 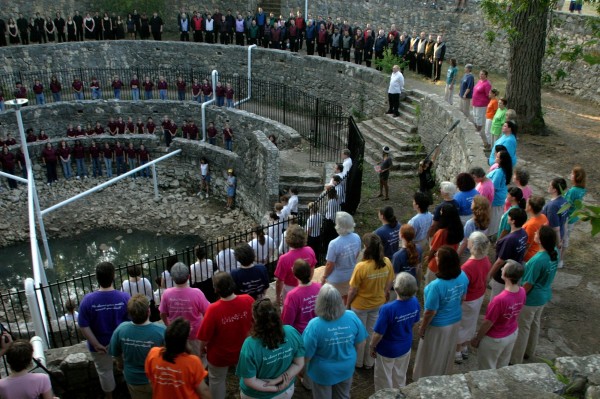 Image from "Daniel Bozhkov: Cantata for Several Choirs and a Salamander (2007)," Arthouse Austin, curated by Regine Basha and Diana Block

CR: Matthew Drutt took on curatorial responsibility for the Hudson (Show)Room. Before him, when Kathryn Kanjo was director, she also hired Kate Green as an in-house curator. Will you continue curating the (Show)Room, or do you have other plans?

RB: Yes, as the field of curating has expanded into more hybridized activities (collaboration, transparent processes, etc), I’m interested in approaches that are not necessarily only exhibition-based, and will be looking into what could stimulate viewer engagement and participation in the ideas coming out of the residencies. I don’t plan to hire a curator on staff, but do plan on implementing more short-term intersections with invited curators.

RB: Yes, I agree. I think the above touches on this, and of course I’m still formulating the plan, but I think there is more room to create context—for the archive especially—in order for there to be a greater cohesion throughout the institution. The exhibitions in the (Show)Room were all very good, I thought, for the most part. I think the question I had was whether they were sometimes taking away the focus from the residency, which is the primary mission of Artpace.

CR: You told Eric in …might be good that Artpace is one of the few residency programs oriented toward the production of new work (vs. toward retreat and study), and that as director, you want to “flesh that out and make the program more visible.” What might this look like?

RB: Again, this relates to the plan I am formulating for the (Show)Room, which I’m not ready to release just yet. But I can say for sure that one of my interests is to build a more discursive space online in order to flesh out those ideas and connect with a broader off-site audience who may be following the artists in residence.

CR: Given my business background, in addition to your artistic vision for Artpace, I’m also interested in questions of management practice. I think the way an organization functions on the ground and its mission and vision are inseparable. In your experience working as a curator with other directors, what are the most critical traits and/or practices of a great director?

RB: Confidence in their staff to do their jobs. Ability to see the big picture, even in the smallest detail. A genuine, and even contagious, enthusiasm for their institution. I’ve seen many curators turn directors with these qualities; Charles Esche at the Van Abbemuseum comes to mind, for instance. 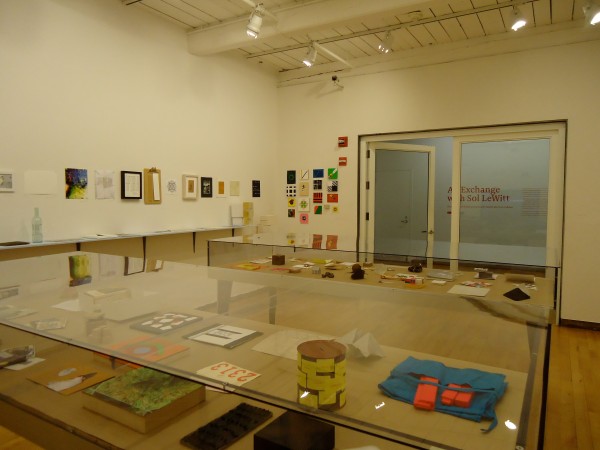 "An Exchange with Sol LeWitt" at MASS MoCA, organized by Regine Basha

CR: You mentioned to Eric you’re reading Good to Great, a classic managers’ handbook. How applicable do you think the book is to nonprofit arts management? What is the big takeaway for you?

RB: I told Eric it’s a book on my pile of books I am about to read, so no, haven’t gotten to it yet. Just got through The First 90 Days, which is another classic management book. It’s a helpful read in terms of strategy, but yes, so much of what happens in the art world uniquely blurs profit and non-profit, so it is hard to nail down the perfect strategy. Also, I’m discovering that many of these books that come from the business world (a lot of them written by men) seem to be going through a trend in which they are looking to and learning from techniques in the creative industries—like encouraging executives to “listen” more, or paying closer attention to “soft power,” or finding creative ways to form partnerships. It’s beginning to make me think that we should be the ones writing the books. Claire—it’s your time!

CR: Hah! I know what you mean about these management self-help books. The rise of the new “cultural” economy at the end of the 20th century—an economy that celebrates “creativity” and “innovation” and that relies, to a large extent, on the creation of symbolic meaning and value—left managers scrambling to learn from artists and arts organizations. It’s funny, because at the same time, arts organizations started to look to the for-profit industry for “best practices” in management.
In any case, I look forward to seeing what you do at Artpace—break a leg.
__________________

Claire Ruud has an M.A. in art history from The University of Texas at Austin and is pursuing an M.B.A. at The Yale University School of Management. She thinks a lot about feminism, queer theory and financing contemporary art production.

I thought the Sol LeWitt show at MASS MoCA was an inspired idea by Regine Basha. It was very democratic, opening up the museum world to any artist who submitted a piece. I was one and it was a thrill.