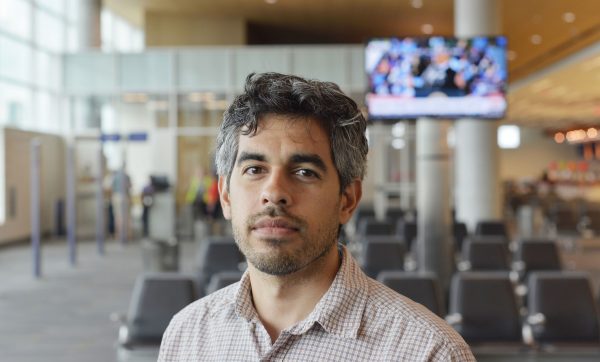 Tommy Gregory has told Glasstire that he is leaving his position at the Houston Airport System for a job in Seattle. His new job, as the Public Art Director of the Seattle–Tacoma International Airport (Sea-Tac), which is owned and operated by the Port of Seattle, will involve overseeing the conservation of the airport’s collection, the commissioning of new works, and the organization of temporary exhibitions throughout the airport. Sea-Tac’s art collection includes pieces by internationally-known and regional artists, including Frank Stella, Louise Nevelson, Sam Gilliam and Robert Rauschenberg, among others. 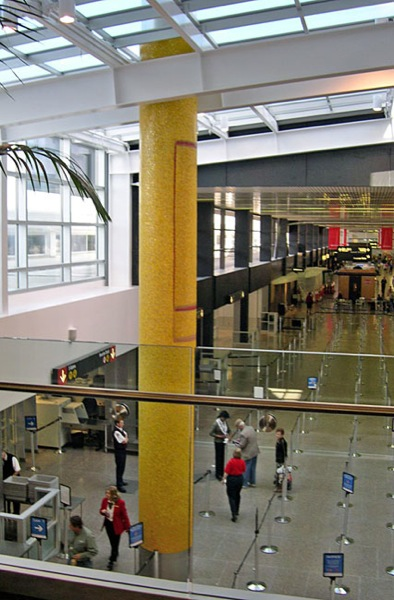 Gregory began his career at the Houston airports in 2014 as the collection’s curator, and in 2017 was named its new Public Art Program Director and Curator. During his tenure working for Houston’s three airports — Bush Intercontinental Airport (IAH), William P. Hobby Airport and Ellington Airport — the institution’s art collection doubled in size, and Gregory shepherded along commissions and other pieces by many Texas artists, including Robert Pruitt, Christian Eckart, Joseph Havel and Krista Birnbaum. Partly because of Gregory’s efforts, more than 70% of works at IAH are either by Houston-based artists, or were purchased through Houston galleries. Gregory was also responsible for a reinstall of small-scale sculptural pieces throughout IAH’s concourses, highlighting the airport’s collection of Texas talent, and for numerous conservation efforts on pieces in the airports’ collection. 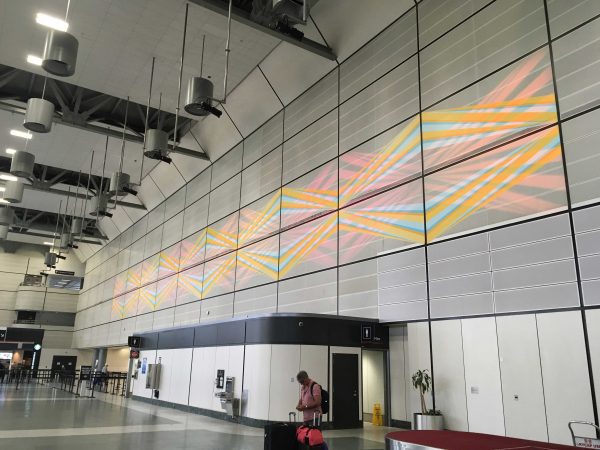 A work by Jay Shinn at Houston’s IAH Airport

A longtime Texan, Gregory first got the taste for public art through his undergraduate work with artist Luis Jiménez in 2005 at the University of Houston. After that, he worked on public pieces with Paul Kittelson and Carter Ernst, and obtained his MFA from the University of Texas at San Antonio. Gregory’s public art administration began post-graduation, when he was hired as the Public Art Specialist for the City of San Antonio, where he worked on commissions by Chris Sauter and The Art Guys, among other projects. He then returned to Houston and worked at the Houston Arts Alliance on public art projects, before settling in at the Houston Airport System. 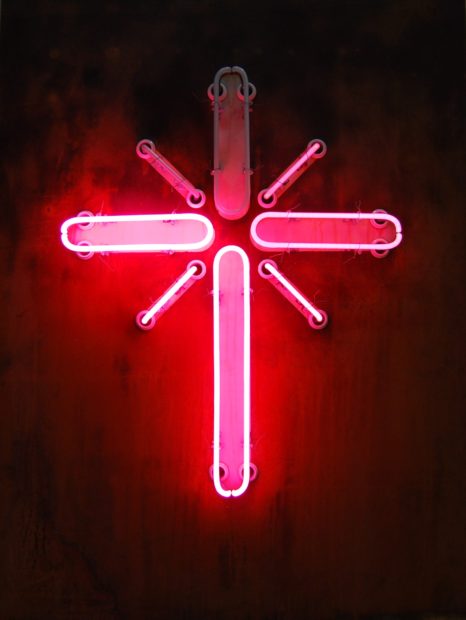 A neon sculpture by Tommy Gregory

Gregory is also an artist in his own right. In the past few years, he has shown his works at FL!GHT Gallery and the UTSA Art Gallery in San Antonio and the Williams Tower Gallery and Redbud Gallery in Houston. He has also curated numerous exhibitions around Texas, and is a co-founder of Sculpture Month Houston.

Of his experiences in Houston, Gregory told Glasstire:

“My time in Houston, and Texas for that matter, has been one so enriching; I have bled and lost sleep over the arts in this place. The potential is so great in Houston, and in Texas… the creative people need to stay together, need to work together and need to not be afraid to critique each other… it is the only way we can get stronger. I will miss the city of Houston, I will miss driving to see shows at the Modern, and at Blue Star. I will miss having drinks and discussions with so many of the creative people that put in so much time to make things that never existed, in hopes to positively alter the way we all see the world. I really hope people know that I will do what I have done my whole career — I will put on shows here and in Seattle. It hasn’t set in yet, but I will be an emotional person the second I turn in my badges. I promise to make Texas proud in the PNW.”

Gregory is finishing up his stint in Houston with two Sculpture Month- and airport-related projects: an installation by Jo Ann Fleischhauer in a defunct air traffic control tower at IAH, and a group exhibition he organized at the 1940 Air Terminal Museum, a small, funky air travel museum near Hobby Airport.

To hear a podcast featuring Gregory and produced by Ariane Roesch for Glasstire, go here, or listen below. For his guest Top Five spot with Brandon Zech, go here.

Checking in With: Tommy Gregory

Houston and its art community are losing a great asset, artist and advocate. Tommy will truly be missed here! No one has fought harder for artists in this city and I know Seattle will be lucky to have him.

Seattle is very lucky to get Tommy. I do not see how his shoes can be filled, he literally was everywhere. He will be missed.

Yay Tommy, this is quite a change, but change is GOOD. See you on your way there.

Tommy I wish we had spent more time, and I appreciate the times we had and thoroughly enjoyed working with you when we could. You’ll be missed here, but we’ll stay in touch and visit as possible

Get ready for rain! At least weed is legal there now. Look up Lucia Marquand, wonderful people.