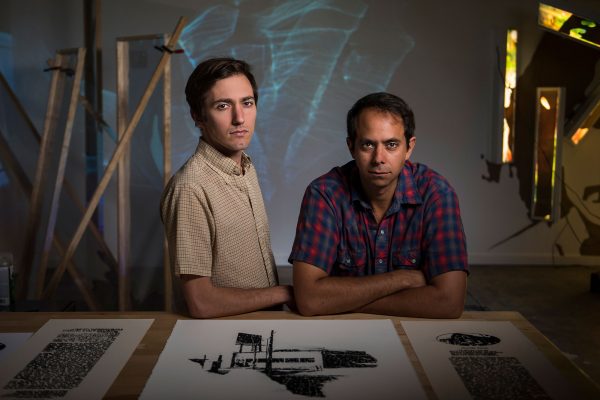 The Alley Theatre in Houston recently announced that it will host a performance lecture by Houston artists Nick Vaughan and Jake Margolin. Scheduled for November 8 and 9, 2018, the duo’s A Landing on the Bayou is a performative talk that explores the history of Houston’s drag scene from 1969-1985, a period bookended by the Stonewall Riots in New York, and the beginning of the AIDS crisis. The performance draws from audio interviews and archival research the duo conducted while creating an accompanying body of artwork, The Scene, which has been shown across the city at Houston Community College Southeast’s Wedge Space, the University of Houston M.D. Anderson Library, the gay bar and club Tony’s Corner Pocket, and finally, at Devin Borden Gallery.

Vaughan and Margolin received a 2018 Idea Fund Grant for this project, saying at the time that it marked their attempt to show how Houston’s history as a place of refuge for LGBTQ people in the Gulf Coast region has gone largely unappreciated. The project also aims to reinforce the progressive views of  gender and sexuality permeating our society today. In a statement, duo commented on their ability to bring A Landing on the Bayou to the Alley’s audience:

“This event is part lecture, part theater, and part art installation. It feels like the best way we can portray the multi-faceted and un-categorizable Houston queer scene in the ‘70s and early ‘80s; the best way we can paint a portrait of the beautiful people who populated it. We think of the Alley as a place where extraordinary stories have been told for seventy years – the stories that weave together to form a tapestry depicting the American experience. We are honored to be adding a few more threads to that tapestry – threads from a community who’s stories have too often been forgotten, silenced, or erased.” 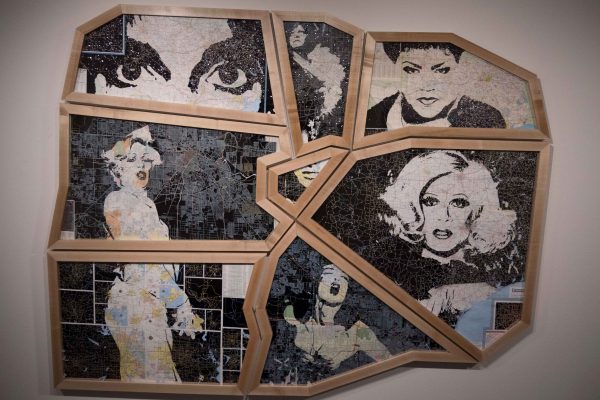 Vaughan and Margolin’s The Scene

A Landing on the Bayou comes to the Alley through the theater’s Alley All New initiative, a program developed in 2015 that’s aimed at fostering new projects by playwrights. Vaughan and Margolin were asked to present the lecture by the theater’s director of new work, Elizabeth Frankel, who saw an earlier version of the performance at Devin Borden Gallery.

To learn more about A Landing on the Bayou, a performance lecture by Houston artists Nick Vaughan and Jake Margolin, go here. Tickets for the sixty-minute performances on November 8 and 9 are free, but limited: advance reservations can be made at alleytheatre.org or by calling the theater’s box office at 713-220-5700. A showing of Vaughan and Margolin’s The Scene will follow each performance.

Alley Theatre: All New Director and All New...