Alley Theatre: All New Director and All New Festival 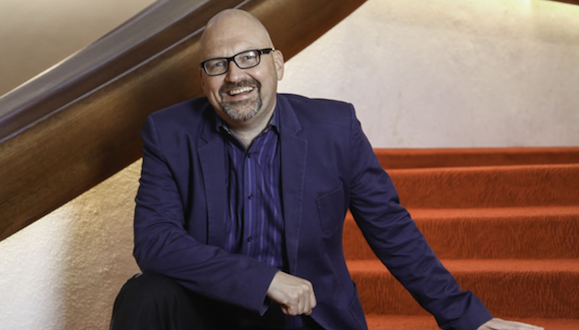 The Alley Theatre has announced its new artistic director, Rob Melrose who has 20-year career directing new and experimental works while also creating new visions of classics. Rob’s skilled talent, strong artistic vision, and commitment to growing and diversifying the Resident Company signals a new creative era for the Theatre. He has a proven track record of establishing and enhancing efforts to further equity, diversity, and inclusion.Melrose was formerly the Artistic Director and Co-founder of Cutting Ball Theater in San Francisco and worked nationally as a freelance director.

The Alley’s board director states, “Rob’s deep connection to a sense of community, producing theatre by and for the community was key in his selection.” Yay to Houston for attracting new talent.

Melrose’s arrival will likely be closely timed with the Theatre’s 2019 Alley All New Festival, January 18 – January 27, 2019. The fourth annual Festival will feature a world premiere production, readings and workshop performances of five new plays, as well as an Early Draft Preview of a new musical. Special packages are available for the final weekend of the Festival and include prime seating at all presentations, exclusive artist access, and meals between performances. Packages can be booked now at alleytheatre.org/allnew. Advance reservations for individual events are recommended and can be made on November 26 at alleytheatre.org. All readings and workshop performances are FREE and open to the public.

Melrose has an affection for theaters with resident companies and the Alley is one of few major theaters with its own company. His appreciation of diversity and collaboration with local organizations should make Houston a perfect fit for Rob Melrose.

Below is a short video of Melrose’s excitement about the move.