Party with the Stars at the McDonald Observatory in Fort Davis 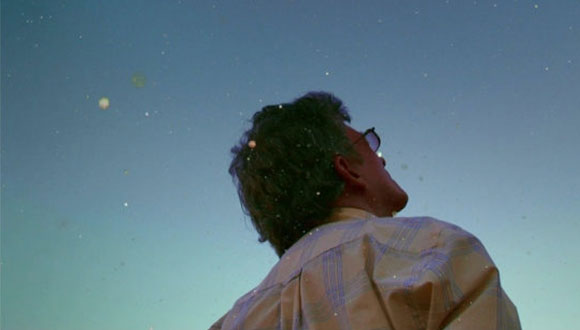 On September 15, 2018, Ballroom Marfa and the McDonald Observatory in Fort Davis are partnering to host a program featuring the best of both institutions: a screening of Patricio Guzmán’s film Nostalgia for the Light, and a Star Party featuring star and constellation viewing through the observatory’s various telescopes.

Guzmán released Nostalgia for the Light in 2010 at the Cannes Film Festival. After receiving wide critical acclaim, the film was later shown at the Toronto International Film Festival, the San Francisco International Film Festival, and the Melbourne International Film Festival, among others. Narrated by Guzmán, the film examines the dictatorship of Augusto Pinochet in Chile by following two parallel, but similar, storylines: that of women who search the country’s Atacama Desert for the remains of their relatives who were killed under Pinochet, and astronomers’ affinity for conducting research in the desert due to its ideal weather and observational conditions. Throughout the 90-minute documentary, Guzmán makes poignant statements about the researchers’ desire to look at the universe at large, verses the Chilean women who look down in search of their loved ones.

Following the screening of Nostalgia for the Light, the McDonald Observatory is offering visitors a free Star Party, during which astronomers offer naked-eye tours of the night sky paired with access to multiple telescopes aimed at various celestial bodies. Since the observatory is set high on a mountain, and because there is little light pollution around it, the naked-eye tours allow visitors to see full constellations, shooting starts, and other sights they wouldn’t be able to see while standing in an urban space.

You can catch Nostalgia for the Light at the McDonald Observatory in Fort Davis on September 15th at 6PM. The program is part of Ballroom Marfa’s exhibition, Hyperobjects. While the program is free, reservations are required. To register, please send your zip code and the number of people in your party to [email protected] or call 432-729-3600.