by Brandon Zech May 25, 2018
FacebookTwitterEmail 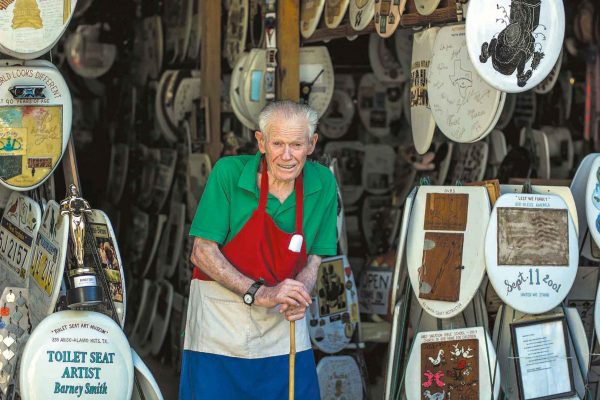 You’ve probably never heard of Barney Smith. At 97 years old (he was born on May 25, 1921), he’s lived in San Antonio for over fifty years, but has always been adjacent to the mainstream art scene: he’s served as a student and teacher in local art classes, shown his landscape paintings at various starving artist shows, and has created what is surely the largest collection of toilet seat art in the world in a small, metal shed behind his house, just a mile from the McNay Art Museum. 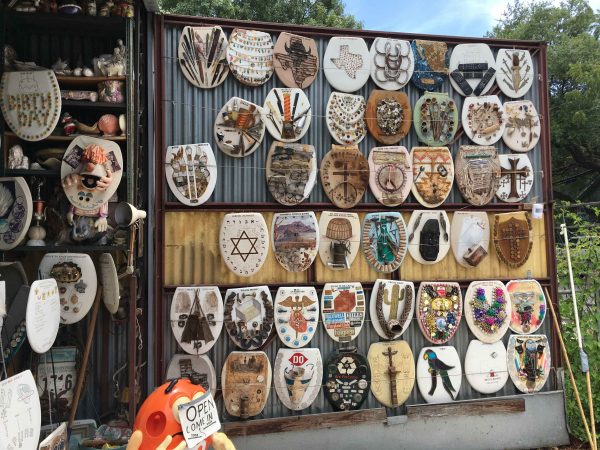 This last project, dubbed “Barney Smith’s Toilet Seat Art Museum,” was officially opened in 1992 and is the culmination of his life’s work. Up to now, the museum has gained more attention as a tourist trap than as a Gesamtkunstwerk on par with Jeff McKissack’s Orange Show or John Milkovisch’s Beer Can House, appearing on sites like Quirky Travel Guy and Roadside America rather than in the “serious” art press. But Smith is the real deal. His creations come from a deep-seated desire to share his message with the world, and in his later years, his life has become synonymous with his work. 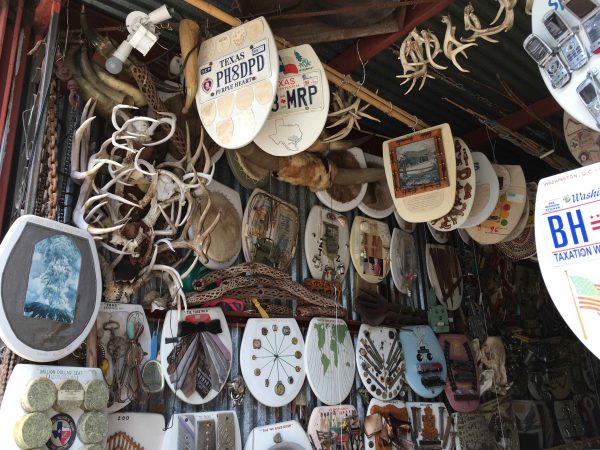 Smith grew up in a middle class family in Eastland, Texas. His father was a plumber and his mother was a homemaker and fiber artist, meaning that there was always an air of creative activity (and working toilets) around the house. Smith showed an interest in art as a child, but decided to make it more of a hobby, and ultimately attended a bible training program at Lee University in Tennessee. After completing the program, he began working for the college and for the Church of God Home for Children as a maintenance engineer. He later served a short stint as a pastor at the Harahan Church of God in New Orleans, Louisiana, and after moving to San Antonio in 1961, produced illustrations for the Church of God and worked for the Clegg Printing Company. 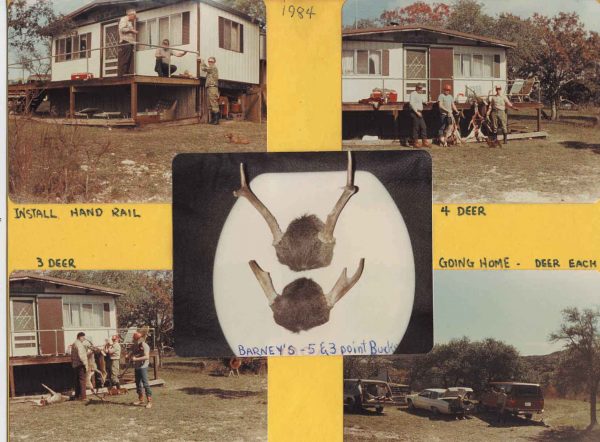 A page from Smith’s scrapbook, showing a hunting weekend at Twilight Acres and an early antler mount using a toilet seat lid, 1984. Image from Cattywampus Press’ book King of the Commode: Barney Smith and His Toilet Seat Art Museum

As is the case with so many artists, Smith’s first toilet seat creation was out of spontaneous necessity. In 1984, when he and his wife were in the Texas Hill Country with friends, Smith went out on a hunt. When he was faced with how to display his kills, Smith noticed similarities between the shape of a taxidermy plaque and a toilet seat, and opted to mount his prize on the latter as a “backwoods work-around.” Years later, Bemis, a toilet seat supplier, agreed to give Smith a cache of defective toilet seats if he promised to only use their lids. Since his supply was plentiful, he began making artworks out of them, eventually dedicating the shed behind his house (out of which he had previously been selling his landscape paintings) to the works. 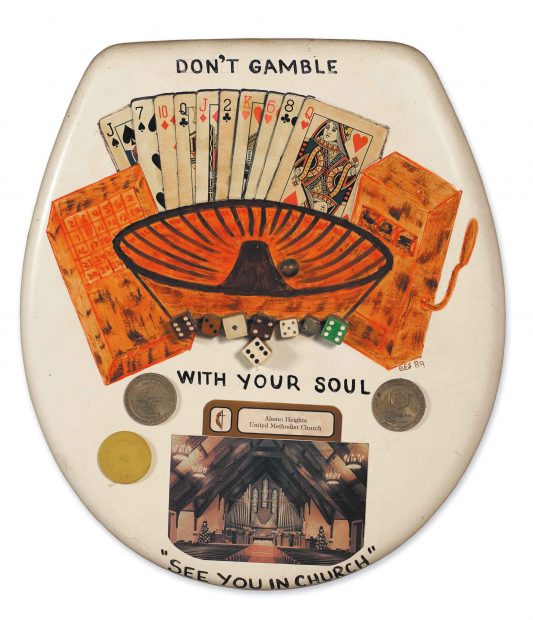 Don’t Gamble with Your Soul. Image from Cattywampus Press’ book King of the Commode: Barney Smith and His Toilet Seat Art Museum

Unlike his oil paintings of generic log cabins and rivers, the toilet seats marked the beginning of a more personal trajectory in Smith’s career: Twilight Acres Ranch, his wife, his neighborhood, and of course, plumbing are all represented on the toilet seats. These more ambitious works necessitated Smith breaking away from painting and illustration, and learning to become an assemblage artist. Many of these later object collages in Smith’s museum are reminiscent of (and at times, arguably rival) the works of Ed Kienholz and Robert Rauschenberg. 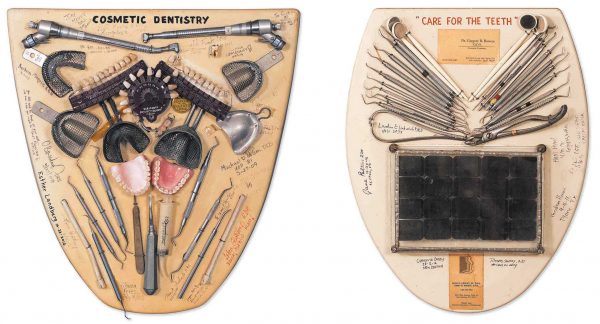 Cosmetic Dentistry and “Care for the Teeth.” Images from Cattywampus Press’ book King of the Commode: Barney Smith and His Toilet Seat Art Museum

The toilet seat works reveal the keen eye of a seasoned collector. Some of the seats feature amalgamations of objects that Smith must have gathered over his lifetime, including arrowheads, stamps, railroad spikes, horseshoes, and more. Other collages are more quizzical, including dental instruments and fake teeth, Scrabble tiles, and an homage to Mike Rowe’s TV show “Dirty Jobs.” It’s possible that some of these seats have been commissioned: in line with Smith’s commitment to community and openness, if you bring him materials to create a composition, he’ll make a seat for the museum. This continues today; the museum really is his life’s work, and he’s still producing pieces for it. 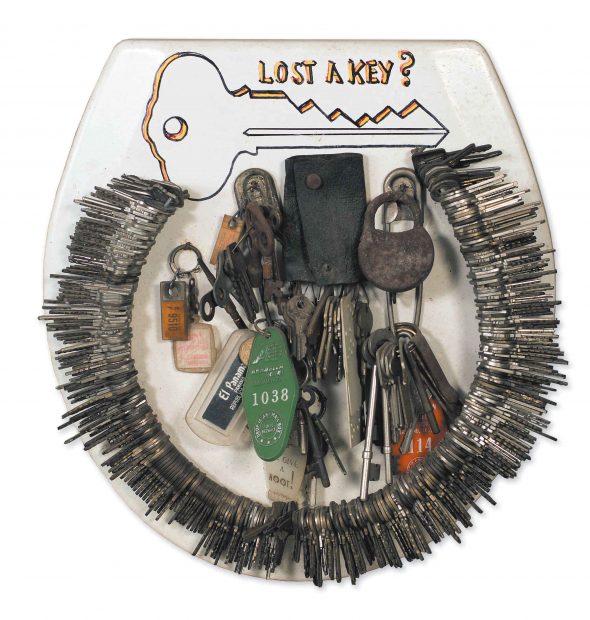 Lost a Key? Image from Cattywampus Press’ book King of the Commode: Barney Smith and His Toilet Seat Art Museum 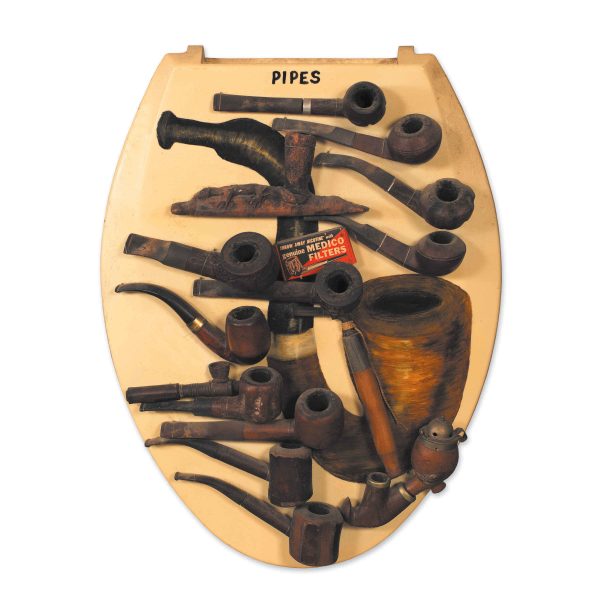 I first visited the museum in July of 2017, right after Smith and his daughter, Julia Murders, announced that they would begin taking bids to sell off the 1,200 works. At the time, Murders said that Smith’s dementia was affecting his ability to run the museum and interact with his visitors. Like everyone else who’s visited, I called the museum’s phone number and soon had Smith’s emphatic voice ringing in my ear. He said that he was in the museum right now, but I better hurry, because it’s summer and he wouldn’t be open much longer, especially not in the heat of the day. I rushed over and met Smith, who shepherded me around the museum and, after asking me where I was visiting from, beckoned me to sign a toilet seat embellished with a Texas license plate. 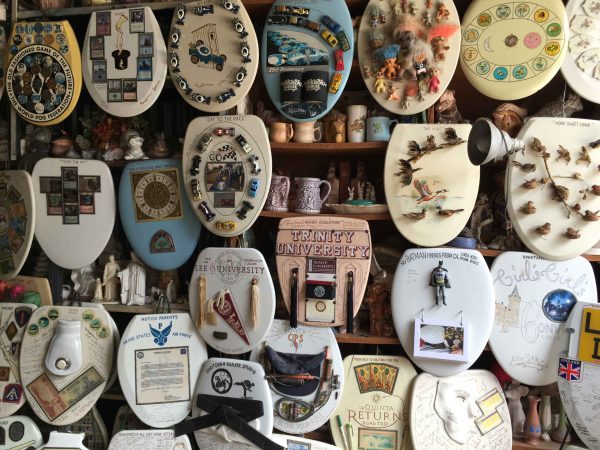 While my visit to the museum was one of the most genuine art experiences I had that year, I know I wasn’t alone. In Cattywampus Press’ new book documenting Smith’s life and work, King of the Commode: Barney Smith and His Toilet Seat Art Museum, Daedelus Hoffman recounts the same experience of visiting with and being charmed by Smith. Indeed, if you read any reviews of Smith’s museum, you’ll find people who are spellbound by his work and by him. I think his daughter described it best: “People say they come to the museum to find treasure, but they end up finding a treasure in him. Everybody loves him.” 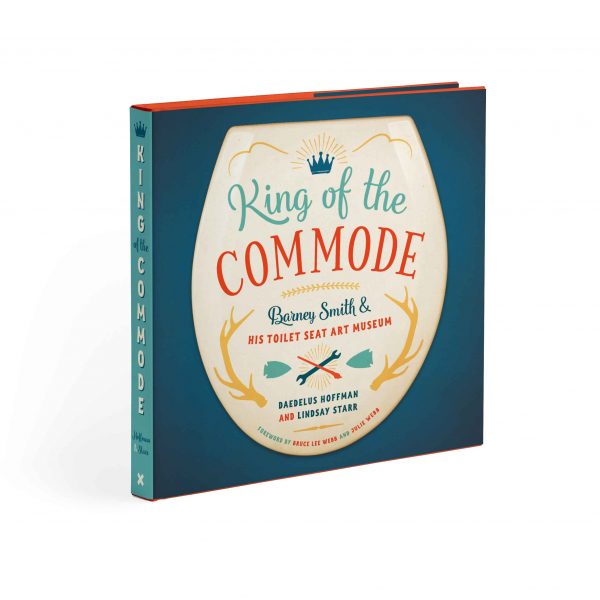 If you’d like to learn more about Barney Smith’s life and work, pick up Cattywampus Press’ new book King of the Commode: Barney Smith and His Toilet Seat Art Museum. If you’re in San Antonio, join Cattywampus Press for a book release party and birthday party for Smith on Saturday, May 26, 2018 from 12-3pm. If you’d like to visit Smith’s museum, give him a call at (210) 824-7791.

S.A.’s Toilet Museum is up for Auction!

A Saturday With the Bush League