S.A.’s Toilet Museum is up for Auction! 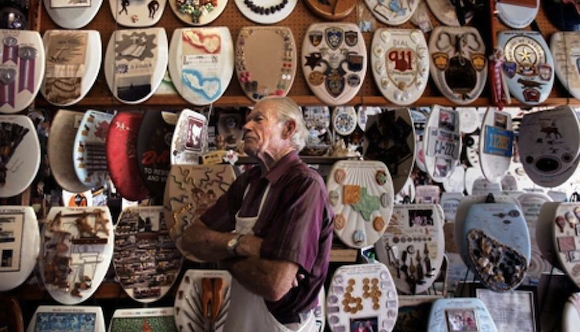 Barney Smith has been working on his cultishly famous Toilet Seat Art Museum in San Antonio’s Alamo Heights for more than half a century. But after a extremely long plumber’s and artist’s life and 1,200 decorated toilet lids, he’s ready to let it go, reports the San Antonio Express-News.

Smith began creating his artistic toilets years ago but, when it began getting publicity, it became a museum in 1992. Some toilet seats are decorative; some are political; some have visitors adding their own additions. The Express-News reports that Smith has always wanted signatures from the San Antonio Spurs on one of his toilet seats before he retires.