by Neil Fauerso May 17, 2018
FacebookTwitterEmail 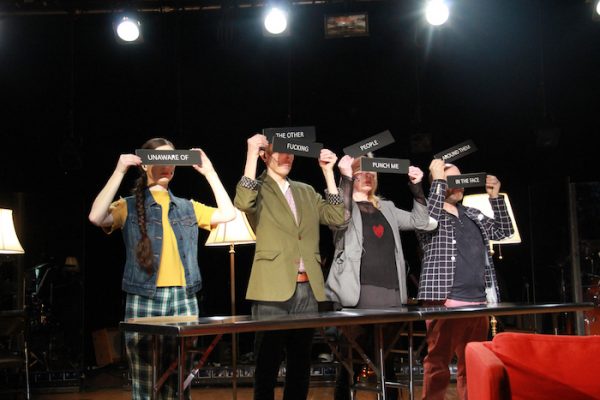 I was never a punk person. In an extremely on-brand move, the first cd I bought was Deep Forest, the new-age rave album of Peter Gabriel and traditional songs by Pygmy tribes (which, frankly, still slaps). I’m sure Iowa in the ’80s and ’90s had a nascent punk scene with underground bands named Hogwelt or whatever, but I heard house music coming off the cornfield raves into my open window when I was nine years old, and that was that.

Punk of course is much more than just a musical genre. It’s an aesthetic, an ethos, an idea, that has become so thoroughly bastardized by overuse as to be rendered wholly amorphous. Elon Musk is “punk.” A braying, box shape CNN hack like Chris Cillizza has probably described Donald Trump as “punk.” Travis Just, the composer of the “opera-in-suspension” It’s All True, which is an epic, chaotic, yet precise cut-up of 1500 hours of live Fugazi shows from the ’80s and ’90s, gives me perhaps the best and truest description of punk, redeeming it from the morass: “Not relying on other people to give you your culture.” 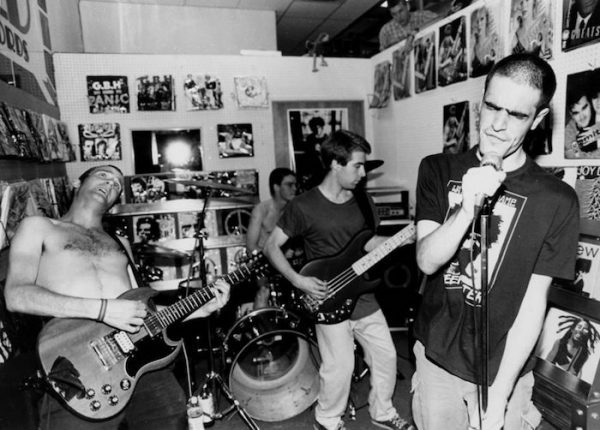 Fugazi, back in the day

Fugazi, the  Washington D.C. DIY punk band formed in 1987, have taken on a legendary status far more crystalline than most classic rock titans, who you can see live at most any Smoothie King amphitheater any time of year. Righteous, political, and egalitarian (for years and years even when they became properly famous, tickets for their all-ages shows were remarkably cheap), Fugazi actualized the ideal of a band that was rigorously ethical and independent and didn’t suck. In fact, their prickly, dub-post hardcore has aged quite well. 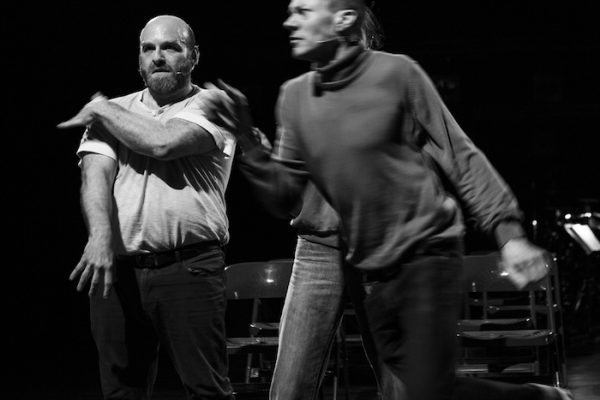 For It’s All True, Just and Kara Feely, his creative partner in their experimental theater group Object Collection (which is Brooklyn-based) wisely decided that covering or recreating any of the Fugazi songs would be futile. It’s All True is not a greatest hits trip down memory lane. “Fugazi is not a nostalgia trip; my experience of the ’90s is that it fucking sucked,” Just says. (Same). Obsessed with the ineffable frisson of live performances and spontaneity (Just for a period only listened to live bootleg recordings of musicians like The Replacements and Prince), Feely and Just combed through recordings of more than 1000 hours of Fugazi performances, effectively keystroking through the songs to find moments of shock and surprise, and then logging such moments in a massive Excel spreadsheet. The score and libretto for It’s All True were then painstakingly stitched from these logged moments, creating a fascinating inverted monument to spontaneity. This is where the description “Opera in Suspension” comes into focus — an ongoing collision of moments, bubbling up, creates a feeling of entering in media res, hovering, a buzz of insect wings above the ground. Just conducts the “band”: four vocalists, four electric guitars, and two drummers to control and funnel the chaos. The piece has a driving, heavy current and tension, like a deep-sea fishing line that could buckle and snap at any time. 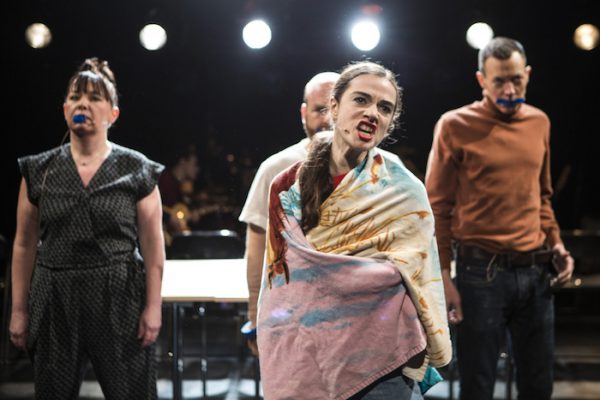 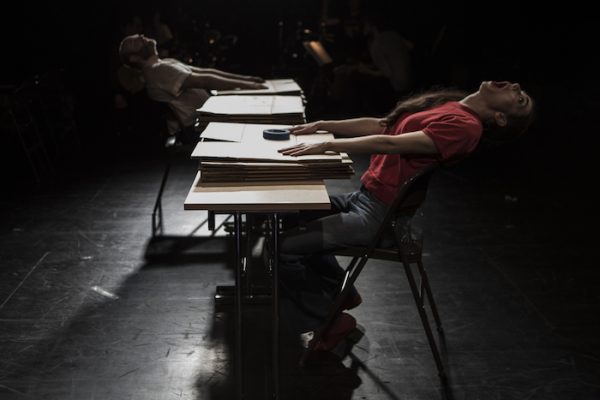 It’s All True, with its detuned guitars, skittering percussion, and manic sing-speaking is a bracing, charged experience — qualities that will certainly be heightened with the live performances in Austin this weekend. It sounds like collaboration between composers Glenn Branca and John Adams and is simultaneously maddening, funny, and exhilarating. Despite being comprised of materials from 20-plus years ago, It’s All True feels particularly vital to our current moment. Living under siege, living in mid screed, you have to laugh, keep it going — it’s all true. 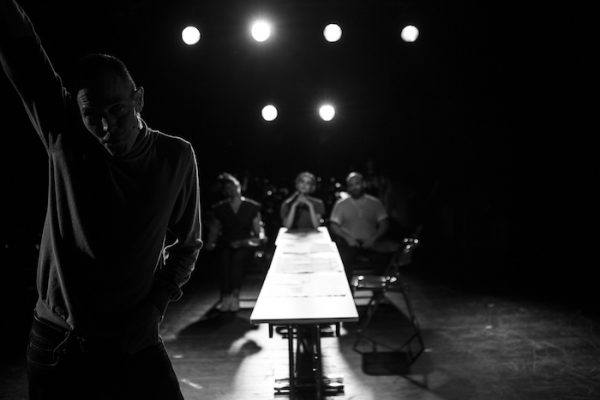