by Bill Davenport May 21, 2012
FacebookTwitterEmail 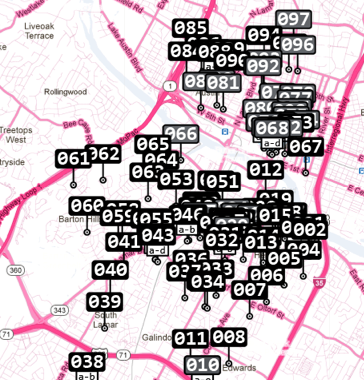 Culturemap Austin has the lowdown on N-Space, Co-Lab’ new downtown venture in association with architects Nelsen Partners. The first show at the new space opened last weekend, in conjunction with the inaugural West Austin Studio Tour with a show of combine paintings by Mark Johnson, who, in his other role as Operations Manager at AMOA-Arthouse, who “works his ass off for this art community,” according to Co-Lab co-director Chris Whiteburch.

The joint venture, and the whole WEST event ((as it is called) is seen as part of a new effort to involve downtown Austin in the boisterous, largely artist-driven creative ferment that has so far defined Austin’s scene. The Austin Chronicle’s Robert Faires offered a guide to the sprawling multi-venue effort on Friday.

I would love to be able to be part of a show, any show, I’m new to Austin but have lots of art work to offer!
Here is my most recent work torkwime.tumblr.com/
and here is past work, more based in installation ashleypastore.com