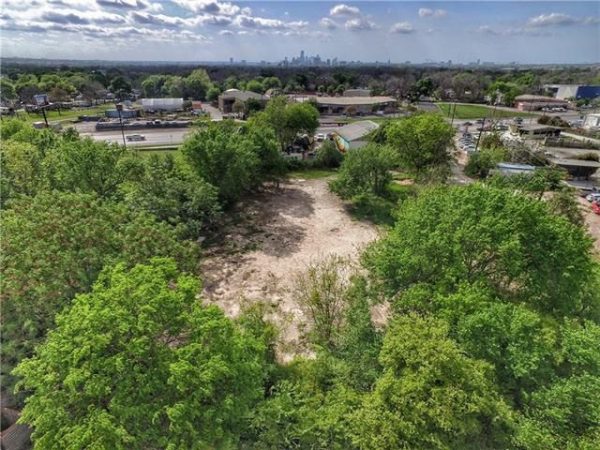 Co-Lab Projects, an Austin-based arts non-profit, has announced that it recently purchased a .62 acre lot in East Austin. Located at 5419 Glissman Road, adjacent to MASS Gallery’s new location, the Canopy complex which houses Big Medium, and Pump Project’s old building, the lot is currently empty. Even though the organization is still in a preliminary stage of planning, it hopes to have a building completed within a couple years.

The new Co-Lab, which will include an exhibition space, a studio complex for Austin artists, and an outdoor performance venue, will be one of the only arts spaces in the city to own its building and land. Up until now, many art venues in Austin have operated out of warehouses or other converted spaces, and in the last few years, have been plagued by rising rent prices. For example, Flatbed Press, a printmaking studio in East Austin that for 19 years was located in a building on E Martin Luther King Jr Blvd, has to move by February of 2019. Other spaces, like Not Gallery have closed due to rising rents, while others, like Pump Project and MASS Gallery, have been forced to move or downsize. 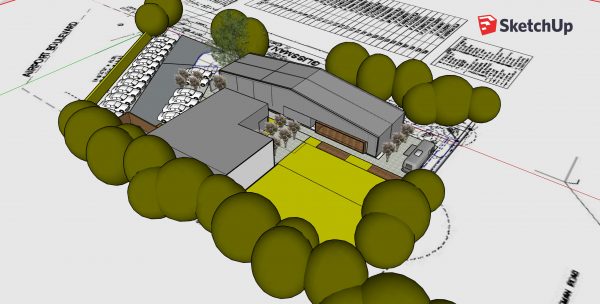 A rendering of what Co-Lab Projects’ future space might look like. Site plan courtesy of Carson Nelsen

As for how Co-Lab managed to purchase the $365,000 piece of property, the organization’s executive director, Sean Gaulager, explained in an email newsletter:

“How did we pull this off? For the last seven years, we’ve been saving our commissions from all the sales we facilitated for artists, thinking we’d need the funds to renovate a new rental space. However, earlier this year we decided that, rather than renovate someone else’s property, the best use of those savings would be to invest in a long-term solution for our growing organization by purchasing our own property. After a fastidious search, we found an amazing site that was in our price range and close to other beloved arts complexes in East Austin!”

For now, while Co-Lab raises more funds and prepares to build, it will operate a gallery in Building 1 of the Springdale General complex (1023 Springdale Road), a new development just north of the Canopy complex. Since it stopped hosting exhibitions at its first location in East Austin a few years ago, Co-Lab has used a number of other temporary spaces for shows, including a gallery at the Canopy complex, and DEMO Gallery, a space in Downtown Austin. The non-profit’s inaugural show at Springdale General is Lines Composed During A Tour, featuring Sara Vanderbeek, Andy Coolquitt, Kristi Kongi, and Erin Curtis. The exhibition opens on November 9, 2018, just in time for the East Austin Studio Tour, and will be on view through November 18.

Update November 6, 2018: Lines Composed During A Tour has been postponed “due to construction delays and [Springdale General’s] inability to obtain a CO from the City of Austin in time for [Co-Lab] to successfully mount the exhibition.” The show is now scheduled to run from January 12 – February 2, 2018. It will open from 7-11PM on January 12.