“The Shrine of Inevitable Forces” by Colin McIntyre, Austin 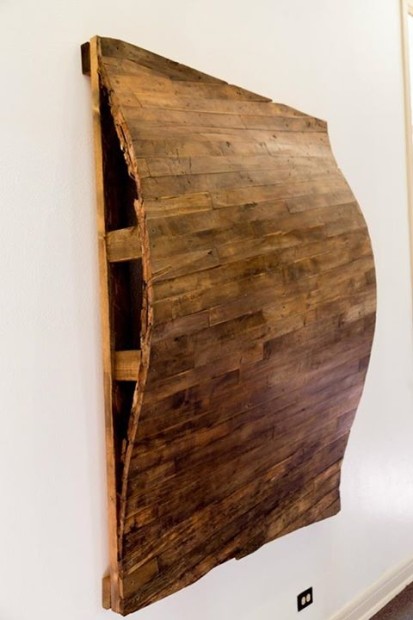 The Shrine of Inevitable Forces is a highly publicized and well-sponsored solo show for this year’s West Austin Studio Tour; it’s in an abandoned church off the most highly trafficked portion of South Congress. Here, Colin McIntyre’s work deals with the effects of the hands of time, weather, and the dismantling of forgotten industrial kingdoms.

The idea for the majority of the work comes from a relationship the artist has with another abandoned building: a magnificently damaged 1930s warehouse with its waves of dramatically buckled flooring. The Shrine of Inevitable Forces, in a way, is both that forgotten factory and the abandoned church that houses the work now; both are a viable shrines. “Ligneous Currents” is the name of the series made from the dismantled flooring; here it’s reconfigured and presented as wall and floor sculptures. 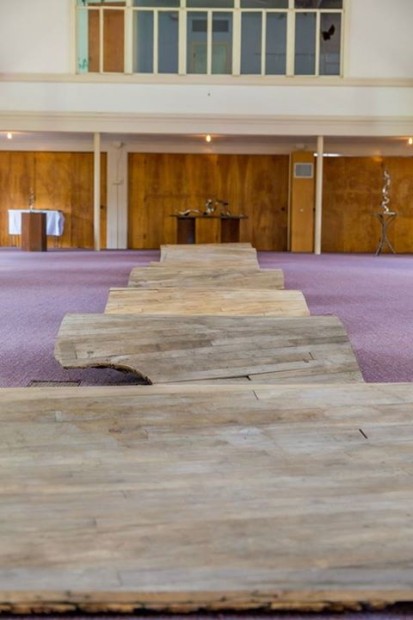 These pieces definitely thread that show’s whole concept together. They’re anthropomorphic: they read like a people from the Great Depression, something old and weathered that has lost  function, but not meaning. They hang on the wall as talismans to some recent past, and one piece is laid out longways on the floor. Unfortunately, the work is obstructed and flanked by odd hanging trellises with maudlin and overly documentarian photographs that show the process of removing the floor pieces from the warehouse. The mystery inherent in the objects is unveiled by the photographs.

The other series here are the “Hexobelisks” and “Sentinels.” These pieces, though fundamentally interesting, are damped by their presentation. They’re crammed together like something for sale on the altar of the chapel. The melting deformed steel structure could be a grand symbol of the devolution of culture, or perhaps the crumpled ray of steel is reaching to its godless sky. I would love to see these as actual monuments; much larger in other words. These unfortunately don’t scrape four feet. These probably serve as the most conceptually compelling works in the show, but again, the presentation undermines them. 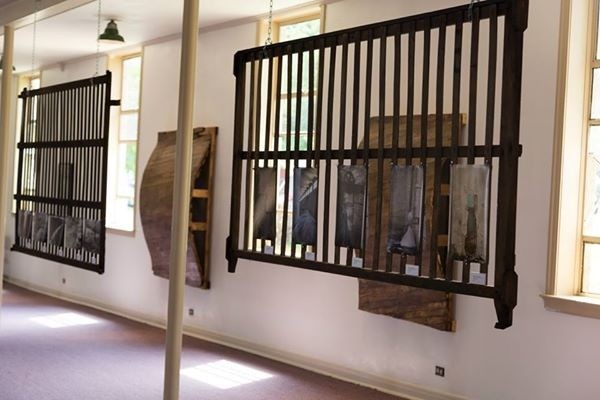 And the works from the “Organism” series fall into the “inevitable forces” category, conceptually, and are meant to represent creatures that evolve in a distant future world. They look like enormous tapeworms dancing in silver perpetuity. These works have a lighter touch and are more imaginative than the ponderous “Hexobelisks” and “Ligneous Currents.”