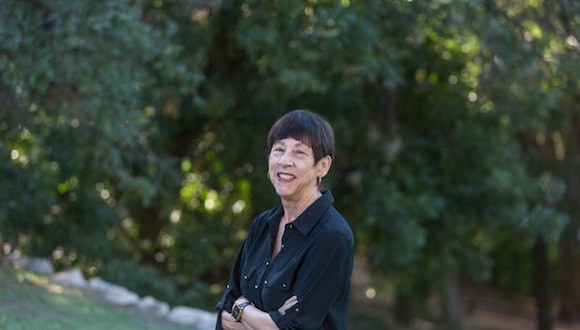 The Contemporary Austin has announced that Judith Sims, the longtime director of education at the organization’s Laguna Gloria art school, will retire at the end of December. A graduate of UT, Sims has lived in Austin for most of her professional life and has worked for all of the iterations (and various namings) of the city’s contemporary art museum: Laguna Gloria Art Museum, Austin Museum of Art, Arthouse and, as it is currently known, The Contemporary Austin.

Sims was first hired as a program director in 1973 by the Laguna Gloria Art Museum’s (LGAM) then-director Jerry Porter. During these early years, Sims brought interdisciplinary programming to the museum and helped support local art initiatives, including the founding of the still-running Austin organization Women & Their Work. She also worked to expand the museum’s art school, which included opening a new building on Laguna Gloria’s campus in 1984.

In the 1980s, when the LGAM’s staff shrunk due to economic hardship in the city, Sims’ job expanded to include curation of film and video events for the museum. This prompted Sims to reach out and partner with Houston-based film organizations including the Southwest Alternate Media Project and Rice Media Center.

When LGAM was renamed the Austin Museum of Art in the 1990s, Sims became the organization’s co-director along with Debbie Gula. In 1999, Sims oversaw the renovation of Laguna Gloria.

After she retires, Sims will be name Laguna Gloria’s art school director emerita and will continue with the museum for a year as a consultant.