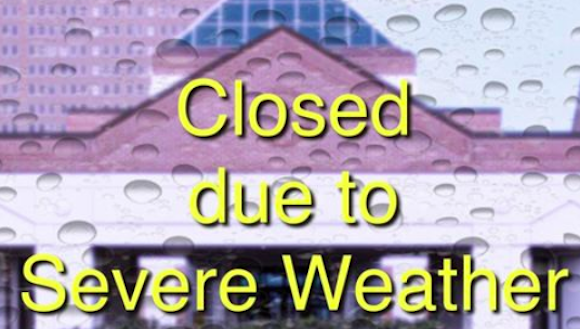 As he moved into Louisiana, Tropical Storm Harvey left his mess behind in East Texas. The City of Beaumont lost its water supply causing Lamar University, which includes the Dishman Art Museum, to close until September 5. Lamar has applied to the American Red Cross to become an official evacuation center.

Beaumont is also home to the Art Museum of Southeast Texas (AMSET). The front page of its website reads, “AMSET is closed Wednesday, August 30th due to tropical activity in the Gulf,” which means the staff has more things to worry about than updating the site. Lynn Castle, AMSET’s Executive Director told Glasstire, “AMSET has many leaks and collapsed ceiling tiles coming down in the foyer and cafe area and flooded carpet in the lecture hall. All the art escaped the trauma….We will move forward!”

In nearby Orange, TX is the Stark Museum, which is also closed until September 5.

LED’s Light the Way to Award for Not-So-Stark...