Bullock Museum’s Goddess of Liberty Statue Gets a $20,000 Restoration 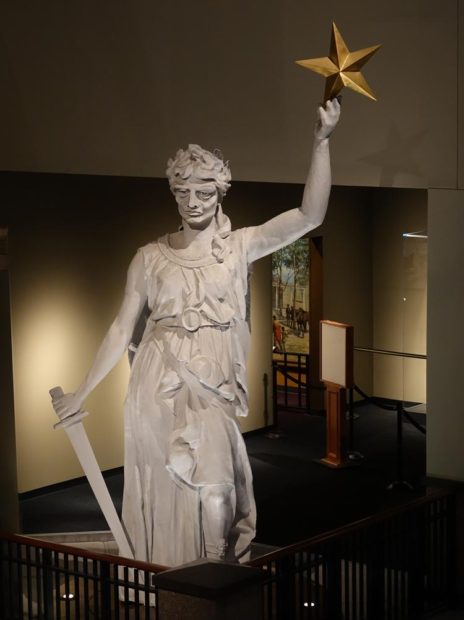 Earlier this month, the Bullock Texas State History Museum in Austin announced that they received a $20,000 grant from the Bank of America Art Conservation Project to fund the preservation of their Goddess of Liberty statue. The figure, which was initially installed on top of the Texas State Capitol Building in 1888, was removed and replaced with a replica in 1986. After going through conservation treatment, the original work was installed at the Bullock Museum in 2001.

The Bank of America grant awards the museum funds for the statue’s continued care: it will undergo assessment by art conservation company B.R. Howard and Associates, will be cleaned, and the work’s layer of paint will be repaired. Some of this treatment will happen in public view—you can see the conservators at work at the museum from July 10-17. Bank of America also supported the Bullock Museum’s 2016 restoration of La Belle, a French ship that sank off the coast of Matagorda Bay in 1686.

The Bullock Museum’s Interim Director, Margaret Koch, emphasized the importance of maintaining the Goddess of Liberty statue, saying that the work is “one of the most significant and prominent artifacts in the museum.” 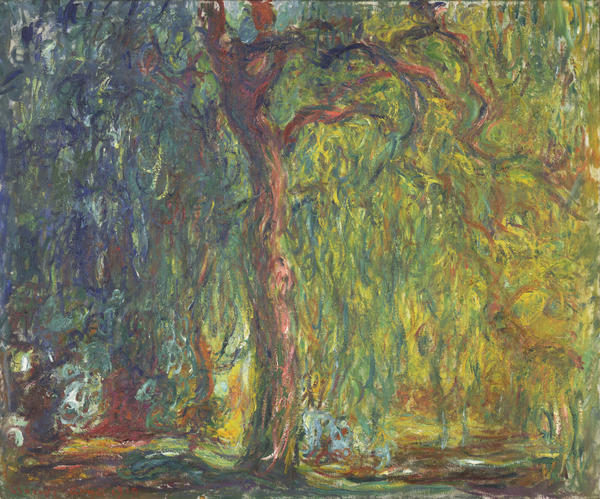 Fort Worth’s Kimbell Art Museum also received a Bank of America Art Conservation Project grant to provide support for Weeping Willow, a 1918-1919 painting by Claude Monet. The work is undergoing conservation and framing in preparation for its inclusion in Monet: The Late Years, an exhibition that will be on view in Fort Worth and San Francisco in 2018 and 2019.

A Hustle Here, and a Hustle There: Is...