A Hustle Here, and a Hustle There: Is it Caravaggio, or Just Another Card Trick? 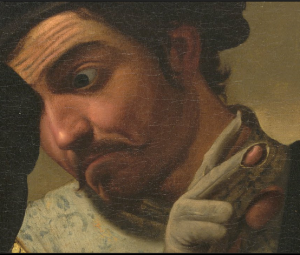 If you’ve ever been to the Kimbell in Fort Worth, you’ve seen Caravaggio’s The Cardsharps, a centerpiece of the tiny musuem’s exquisite treasure trove, combining fantastic technique, historical importance, and human interest. But if you happen to be in London, another version of the painting, also attributed to Caravaggio, is going on display at the Museum of the Order of St John, amid an ongoing attribution dispute.

The “other” Cardsharps  was owned by the late scholar Denis Mahon, who bought it  at Sotheby’s in 2006 for £50,400, as “by a follower” of the Baroque master, and had it re-evaluated, with mixed success. The shaky attribution is now raising troubles from both sides. Italian experts Antonio Paolucci, the director of the Vatican Museums, and Mina Gregori, a Florentine specialist accept the painting as a genuine Caravaggio, making the claim sturdy enough for the painting’s former owner, Lancelot William Thwaytes, to seek recompense from Sotheby’s mis-attributing and underselling it, even as major museums refuse to admit it as genuine.

The digital verdict is already in: a super-high-resolution image of the Kimbell’s famous cheats and their famous costumes is on Google Art Project, making it the internet’s official version. 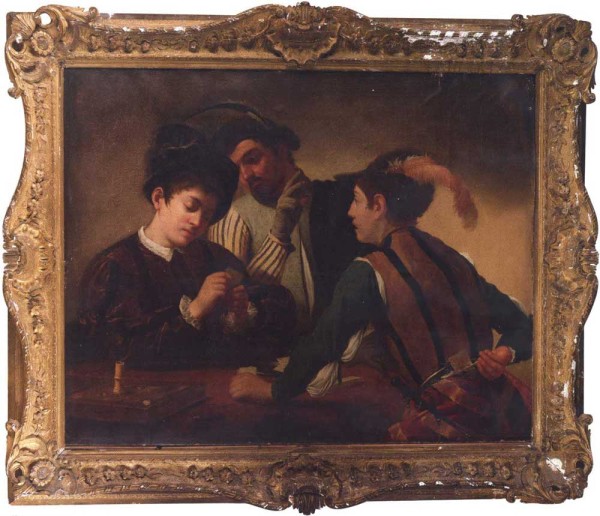 A Printmaking Celebration Comes to the Kimbell Art...

The possible Sotheby’s mis-attribution is understandable since over thirty copies of this hugely successful work are known to exist by followers of Caravaggio’s radical new style, known as the “Caravaggisti,” although I’m sure this does nothing to allay Thwaytes perceived financial loss.