by Michael Bise May 21, 2017
FacebookTwitterEmail 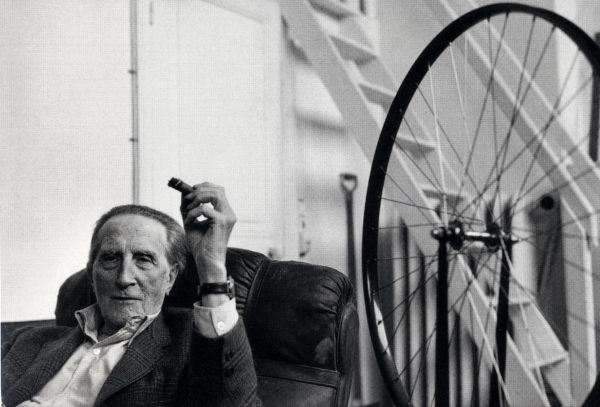 Remember not so long ago when the crisis of criticism was on everyone’s tongue? It was only a couple of years ago, but it seems like a lifetime. Panels were convened, postmortems performed. The consensus, as far as there was one, was that the internet killed criticism. The decline of print journalism with its ethics of objectivity and the rise of blogs were to blame. The fact that anyone could now broadcast any old uninformed opinion on the internet, everyone agreed, was the problem.

The digital revolution might have hammered the last nail in its coffin, but criticism was gasping for air long before the internet appeared. The idea that criticism is just someone’s opinion is an ethical position that stretches back to Aristotle. His notion was that human psychology isn’t directed so much toward truth as toward the desire for acknowledgement and affirmation. In this worldview, critical claims are masks for boosting self-esteem, finding acceptance and seeking power within our own cultures and social practices.

Western art criticism since the Enlightenment, by contrast, makes objective truth claims for its objects of study. The brushwork in this painting is sloppy and unrefined, that rendition of Chopin’s Nocturnes is awkward and plodding, the narrative arc in this novel is cliché. These kinds of statements assume a shared set of criteria for how these things could be successful. They assume there’s a right way to do things. They assume objectivity.

For millions of people, across time, the Enlightenment ideal that “all men are created equal” is clearly false.  This is what Susan Sontag means when she writes, “The truth is always something that is told, not something that is known.” When people match truth claims to their experiences, it’s not hard to figure out when someone’s pissing on your leg and calling it rain. Daily life supplies us with plenty of reasons to distrust a lot of people who swear they’re telling the truth.

In the not-too-distant past there existed a shared consensus among artists that, instead of being directed toward the person, criticism should be directed toward the work. If there were lies being told, they would show up in the work. A painting would ring hollow, a sculpture sit inert, a piece of music grate on the nerves. The Enlightenment idea was that an artist learned to fulfill himself through his practice and that a critic, by understanding the artist’s practice, could talk about the truths (or falsehoods) revealed in that artist’s work.

What happens to art criticism when it turns from analyzing objective claims grounded in traditions to the analysis of the moral motivations of artists? Art criticism of this kind is based on an emotional response toward the artist rather than an objective response to his work based on formal criteria. Why play by the Enlightenment rules of universal truth and individual rights if criticism is really just a pretense for domination?

Athletes don’t care what artists have to say about their practice. And the opinion of the athlete doesn’t mean much to an artist. The athlete achieves fulfillment through the respect of his teammates and coaches. The artist fulfills his life in one way, the athlete in another. Meaningful hierarchies only exist within their specific practices. Criticism is only valuable to those interested in playing by a shared set of rules.

So we’re stuck inside our traditions and practices. But people are different from one another. The Enlightenment searches for a universal human nature, but what if our natures are malleable—formed explicitly through circumstances and attached specifically to our social and cultural identities? And what happens when, as a critic or artist, you believe the culture and the tradition from which a practice emerges is criminal, or even evil? Obviously, you destroy it. That’s what Duchamp did. His urinal, and the cathedral Warhol built around it, are the headstones on the Enlightenment tradition of self-referential practices that claim universal knowledge.

After Duchamp and Warhol there are no criteria for discrimination in art. Anyone can be an artist. Anything can be art. And so now, any criticism that clings to the norms of an artistic culture nested inside a political tradition while proclaiming universal values should be viewed with profound suspicion.

From this Aristotelian perspective, the critic, embedded in a particular culture and desperately full of unrequited love, uses the language of criticism to gain favor with those who already agree with his vision of the world and to inflict harm on those who will never love him anyway. The critic’s vision of the world is just that—a particular perception of reality grounded in a certain culture in a certain place at a certain time. And to those for whom this vision has nothing to offer, it has nothing to say.

Kellyanne Conway lies and Anderson Cooper rolls his eyes. The truth can’t be slightly true. Things are never just a little bit art. Duchamp’s urinal is art or it isn’t. It’s all or nothing. Warhol says having parties and pissing on metallic paint is art. Robert Hughes says no fuckin’ way. We’re left with our emotions, our hatred and our love. It’s no surprise that our new language is the Emoticon. Thumbs up and thumbs down, happy faces and frowns. Pick your sides. Get your guns.

Nice of you to use Henri Cartier-Bresson’s picture of Marcel Duchamp without credit, or I am sure payment to Magnum Photos. I thought Glasstire was better than this.