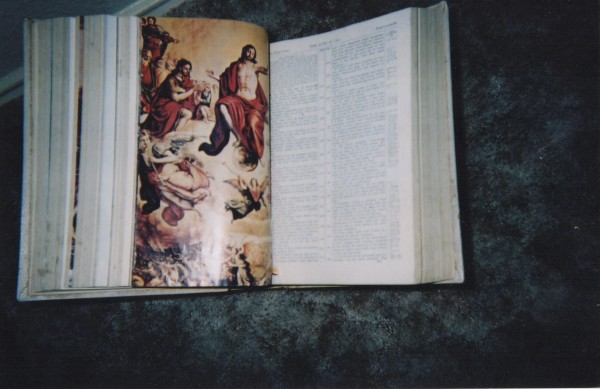 Once upon a time I was in love with Abstract Painting. I can still remember making, in my parents’ garage, bad teenage paintings about the life I wished I had while flipping through the survey book from my mom’s art history night class. The reproductions of the Rothkos and the Pollocks in that book were inscrutable to me. I couldn’t understand how they were made, but I could tell they had a hell of a lot more power than my oil doodles on Michaels canvases. I wanted to understand them and to make things as powerful as they were.

After a while at school I began to get abstraction. I understood that it was a way to interpret the visual data that enters our brain through our eyes and gets organized into a picture most humans who can see agree upon—into constituent elements like color, shape and texture. It was the most thrilling thing that had ever happened to my tiny young brain. Everywhere I looked I saw Rothkos and Pollocks and Stills. Mushrooms, my buddy Keith, and Abstract Expressionism opened my eyes to visual experiences in the everyday that continue to trip me out.

But like every profound revelation, there was a dark side. I was running from Saturday morning hangovers at Mickey’s Movies, but more than that I was running from the oppression of the religion that shaped my early childhood. Looking behind me and seeing nothing but a future full of psychological deformity bent by reductive ideology, I jumped off the cliff into the waiting arms of a different reductive ideology. I went about banishing every trace of recognizable imagery from my paintings. Keith even called his paintings —which were a lot better than mine—Monads: a bold claim to say the least.

Process and material without narrative intent became my method for erasing the mental images of giant locusts attacking depraved women who cut their hair or wore pants. Looking at paint as paint helped demystify my church’s interpretations of a high altitude jet trail over the Arizona desert as a ring of angels. I set myself the impossible task of eliminating all possible narratives from the surface of my canvas. If a circle too round or a line too straight happened to appear in the brushstrokes, they were scrubbed out lest they become a moon, a sun or a road. There would be no more stories to give me nightmares.

My memories of chasing the dragon on the end of Keith’s kitchen knife and dematerializing the terrifying mythical images of my childhood are still some of the happiest and most profound of my life. But I was twenty-two, naïve, and couldn’t see that by stripping my painting of anything extraneous to “the fact” of material reality, I had brought my family’s religion with me into my life as an artist and exchanged one God for another. It was a reversal that over the years has taught me that religion comes in sizes and colors that fit over every couch.

I might have continued my love affair with Abstraction for many more years. I really did love the discovery of color and I felt smart, like I had broken a code that my family would never be able to break. For them, my mom’s kindergarten class could do it.

It has always been my experience that you look up one day and love is gone. On October 12, 1999, my father died suddenly and unexpectedly. When I walked back into my studio a couple weeks later and faced a roomful of abstract paintings on pieces of wood I could see only one thing: a pieta of my dad’s naked, waxy body on a hospital gurney with my mom and sisters gathered around it. The image was too powerful and Abstraction was dead to me. The thrill was gone.

It’s not totally Abstraction’s fault that I turned it into a religion. I was too stupid to realize that the rules of the zero-sum game I made of it had already been broken and reassembled time and time again by the time I came to it. But I’ve never been able to forgive it for the knot in my stomach and the emptiness in my heart when I looked at those paintings and realized that after everything I had given Abstraction, it had left me and I was alone again. Don’t listen to me. I’m just another guy with a broken heart singing another somebody done somebody wrong song.

What the White Hides, It Also Reveals: David...

Oh… Was I supposed to be listening?
Terrible.

Mathematics and machines will break your heart too! I’m always looking for a new god to worship. My grandfather recently died of pancreatic cancer. After traveling with him on that roller coaster ride, I’ve come to see most art today as vacuous. Sure — Art won’t save you, but what will !? Thanks for sharing your story. More artists need to share their experiences with such sincerity.