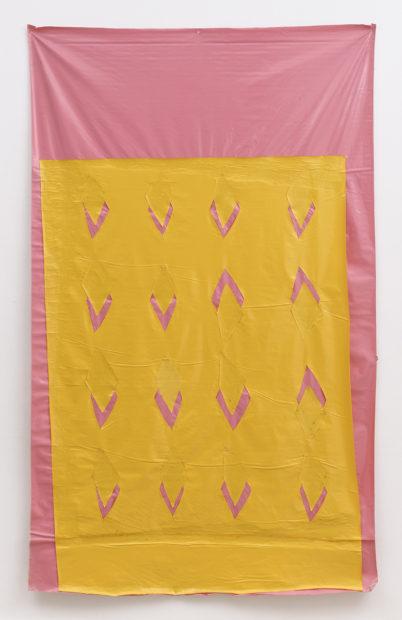 Last weekend I attended Watch Out For Painting, an international conference on the contemporary state of painting at the University of Houston. Hosted by the Blaffer Art Museum and funded by the Cynthia Woods Mitchell Center for the Arts, the conference presented six lectures by critics and writers “exploring a constellation of problems around the definition and status of painting today.” I love painting and if, as the promotional material suggested, painting has become so “permeable to other media and discourses” that its “very definition is in crisis,” I wanted to get to the bottom of it. I listened to a few lectures, but it was Raphael Rubinstein’s lecture Material Theory: Supports/Surfaces Made Visible that seemed to offer the most food for thought in these anxious times.

Rubinstein, who teaches at the University of Houston, is a writer, critic, poet, and was a senior editor at Art in America between 1997 and 2007. His lecture was based on several of his essays, published in Art in America, artcritical and elsewhere, on a relatively obscure group of French Maoist-Marxist artists in the late ’60s and early ’70s known as the Supports/Surfaces group. Rubinstein has written about recent Supports/Surfaces exhibitions at Canada Gallery in New York and Cherry and Martin in Los Angeles, shows that were mounted with the cooperation of Ceysson and Bénétiere, the French gallery that represents many Suppports/Surfaces artists or estates.

This collective of around 15 artists worked in the south of France and staged unconventional exhibitions of unconventional painting away from the cultural center of Paris. The genesis of Rubinstein’s Supports/Surfaces story begins, as almost all theory of painting still must for some reason, with Clement Greenberg’s obliteration of representation in painting. 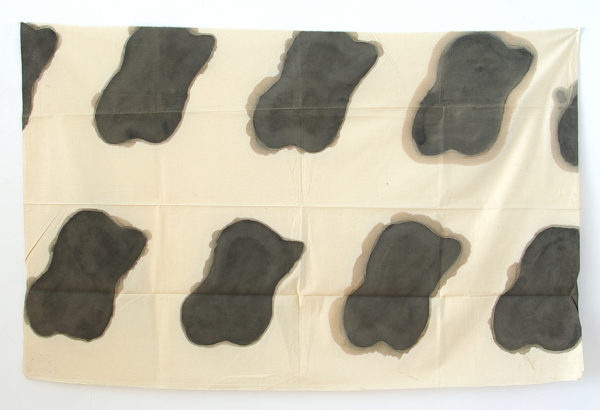 Greenberg’s philosophical project involved the reduction (one might say diminishment) of painting to a limited collection of moves bounded by its most basic physical properties—a flat surface and some colored mud. This is usually characterized as a quest for ontological purity in painting—a desire to find out what painting really is apart from all those pesky stories and religious propaganda. The Greenbergian view of painting contends that it should be neither a window onto reality nor a window into the mind of the artist. It’s not a window at all, it’s just a flat surface covered with stuff. I’ve always thought this line of inquiry is a little like asking what pizza is without cheese. Dry.

Greenberg’s desire to usher in a form of painting so pure (or banal) as to be impervious to capitalist manipulation seems positively quaint, if not disingenuous, these days. Over time Greenberg’s pursuit of purity has revealed itself to be what it probably always was: regime-change iconoclasm. All these years later those annoying narrative conceptions of human life that mimetic painting ushered into the driver’s seat of Western civilization continue to stubbornly assert themselves after 70 years of sustained browbeating. If there’s one thing our military misadventures might teach the world of advanced painting, it’s that regime-change is harder than it seems.

It’s from this theoretical ground-zero crater in the tradition of Western painting that Rubinstein argues the Supports/Surfaces painters, rather than seeking Greenbergian purity, sought to rebuild “materialist painting informed by Althusserian Marxism.” I know what you’re thinking: What’s Althusserian Marxism? It’s no one thing in particular and Louis Althusser probably wasn’t quite sure what it was either. In The Future Lasts Forever, a posthumously published memoir (which I haven’t read), he confessed to only having read a fraction of what he claimed to have studied and that he hadn’t read Capital when he began writing about Marx.

More to the point in this context, Althusser rejected the 1968 protests in France that resulted in riots and shut down much of the country with a general strike. He suggested that marching in the streets was childish and that the real work of the revolution lay primarily within the bounds of theory. In this vein Rubinstein theorizes, for example, that the large format and bold color of Supports/Surfaces work cause a “disruption” akin to psychoanalytic catharsis. With this disruption comes transcendent awareness. But awareness of what? Class consciousness? The heavy weight of oppression? The hard connection between iconoclastic radicality in painting and social revolution that I need to convince me to give up Joshua Reynolds for a washcloth nailed to the wall is never convincingly made.

The theory is that the nascent Revolution will be midwifed by deconstructing painting to a point in which it’s just barely something we can argue is within the tradition of painting. Dismantle painting, so the story goes, and you will dismantle the capitalist patriarchy from which it came and for which it still stands. But how? If we replace the Cold War heroics of Greenberg’s minimalism with anti-heroic materials and bring, as Rubinstein suggested to a conference questioner, “the language of formalist painting into the domestic sphere,” what happens next?

Material metaphors for revolution in which a partially unrolled bolt of stained fabric may represent the infinite possibility of radical social regeneration have, as far as I can tell, absolutely no effect on social or political reality. I don’t think it’s particularly good for painting either. In the absence of radical potential are these works at least beautiful and complex? Not especially. Certainly not compared to a medieval manuscript or a Kandinsky or any number of other things.

Even if this moment in art theory, when “false consciousness” falls away revealing a path toward social revolution worked, it fails in a culture (such as ours) that no longer pays any attention to the radical potentiality of painting. Or theater. Or novels. Or music. Nobody cares. I think artists will be happier and better off if we shelve our utopian dreams for a generation or two and gird our loins with stoic resilience, because it’s going to get a lot worse before it gets better. 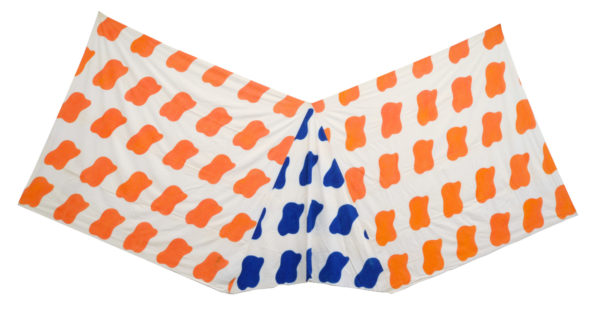 If the Supports/Surfaces group never quite exploded into the international spotlight Rubinstein hopes it may yet enjoy, it might have less to do with American “Francophobia,” as Rubinstein contends, and more to do with the short-lived nature of the group due to expulsion after expulsion for the sins of ideological impurity. Supports/Surfaces never achieved its utopian ambitions but it certainly held true to the ethos of banishment inherent in Stalinism.

And what is really meant when Rubinstein describes the movement as overlooked and “effaced” by the art establishment? The group wasn’t especially ignored in its day and many of the members went on to build resumes that reflect consistent exhibitions from the ’70s onward. They may not be as famous or as rich as Frank Stella. And they never got a pavilion in Venice. But if, when I’m in my 70s, I’m in moderate health and hanging on to an art practice with a semi-consistent exhibition record, I’ll consider the revolution done and won. Good old-fashioned stoicism really does help the bitterness of obscurity slide past the tongue in times like these.

Anyway, far from overlooked, the legacy of this kind of ’70s reimagining of Greenbergian reductionism has dominated, if not always the market, then the heart and mind of the art academy for nearly 30 years. Rubinstein and other writers seem surprised that so much of the painting coming out of the studios of young New York artists looks exactly like this Supports/Surfaces stuff. It’s not magic; they’re learning it in expensive grad schools. Rubinstein’s claim that Joe Bradley’s exact copies of Louis Cane’s robot-figures are completely coincidental is, to my mind, unconvincing. I could be wrong though.

Rubinstein makes the case that the Supports/Surfaces group should be more visible in America. Fair enough. He suggests that the group’s work, built as it supposedly is on Marx, Mao and Althusser, might be used as an intellectual example for young artists who make similar provisional attempts at painting out of laziness rather than revolutionary zeal. A little rigor never hurt anybody. He suggests that recent so-called Zombie Formalism may have been too easily co-opted by the market because of a lack of theoretical infrastructure. This seems questionable, and I think more theoretical scaffolding is the last thing painting needs. Maybe, since painting is in such a dire crisis, it’s time to turn the canvas back into a mirror.