Carnage of the Body: Erin Neve and Sara Sudhoff at grayDUCK 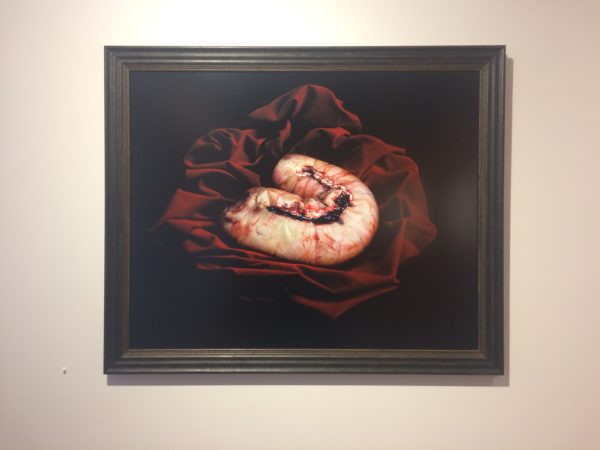 Not Original to Its Location, on view at grayDUCK in Austin, pairs Erin Neve and Sarah Sudhoff to explore the unsettling carnage our own bodies can throw up. Both women use photography to create visceral still lifes that resemble the human form, vivisected and displayed. Their work plays well together, as the artists make visible the internal and explore how we can be ravaged by our own anatomical fates. 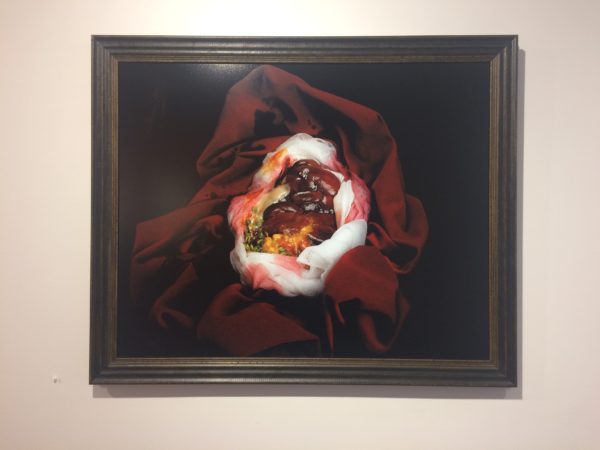 For her Suture series, the Washington D.C.-based Neve constructs scenes using foodstuffs such as dough, raw chicken, jam, and egg yolk to create forms that mimic our internal organs after surgery. Each slimy mass is nested in gauze and placed atop the folds of an ox-blood cloth in front of a black backdrop. The first image you see as you enter the gallery looks like a large shrimp: a pale pinkish veined form curling in on itself with a pool of viscous carmine blood (actually jam) in a cut that is sutured closed. Another piece shows the sheen of wine-red organs smeared with yolk-yellow mucous and green pepitas peeking out from the gruesome mess. Last, a swollen, pale mass is clumsily sewn shut while red oozes out of the stitches. The textures of these photographs make them incredibly carnal. Seeing becomes feeling here, as the slippery and glutinous spill forth as the wreckage of human innards. Everything is velveteen and dark. Gauze swaddles each organ, and though the images are grotesque, they also have an air of opulence that mimics the lush morbidity of Vermeer or Dutch vanitas painting. 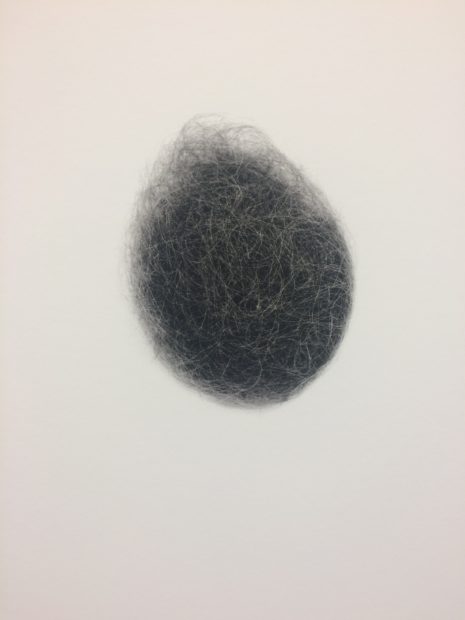 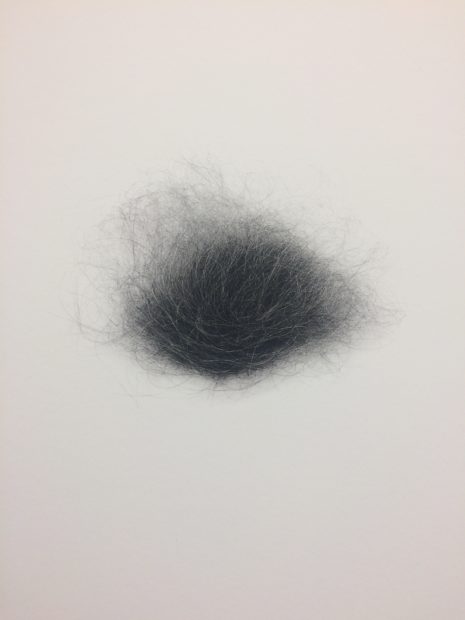 On the wall opposite are pristine black-and-white images of snarls of hair. One is rolled into an egg-like oval, while the others are more mellifluously matted and shapeless. By contrast, these images are startlingly clean, yet they evoke the same physical reaction and bodily sympathies. The images are potent even though they lack color. 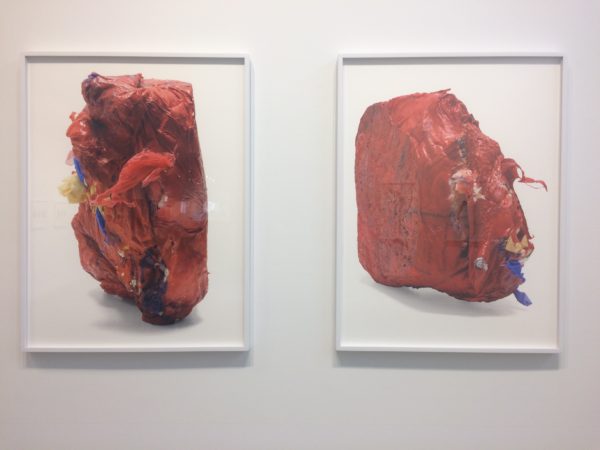 Further into the gallery, the Houston-based Sudhoff works with similarly gory subject matter, photographing a melted bag of medical waste. The cardinal-colored plastic bubbles and wrinkles evoke our external flesh and internal jumble. A blue biohazard symbol and text travel like veins over the sheen of red. Two detail shots, at close inspection, are particularly slick and moist in contrast to the bulging masses that hover against uncontaminated white backgrounds next to them. I felt a glimmer of dissatisfaction about the way these very messy materials are floating in such an antiseptic space with shadows that look Photoshopped. The blood leaves no trace in its surroundings and seems falsely sterile, metaphorically speaking (although literally the bags of waste have to be sterilized because they really are biohazards). 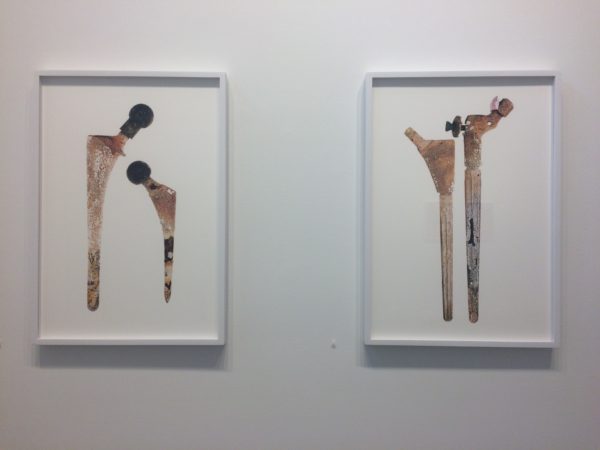 Surrounding these are photographs of spinal columns constructed out of wire, rusted-over ball joints for hip replacements, calcified metal sockets, and gritty screws. Medical implants that are supposed to counter the entropy of the human body betray their own deterioration in these photographs. Sudhoff’s decay is a different sort than the type on display in Neve’s innards made of food. Several of the photos have irritating reflections in them that feel heavy handed, but overall the images work as visual poems. The round metal sockets look like lunar surfaces or planetary orbs; the black wire of the spinal column with bolts and screws protruding has a certain grace to its curve. 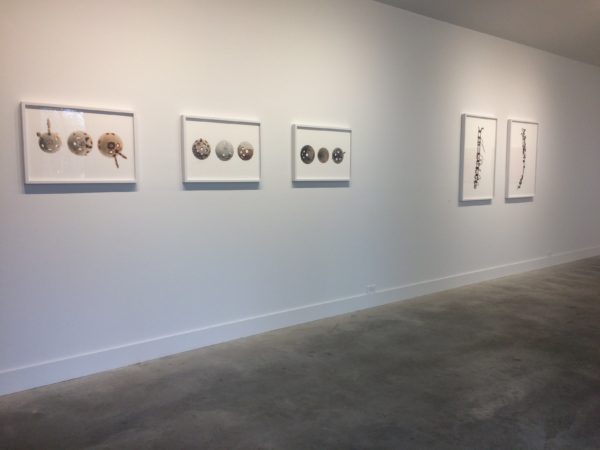 The question that remains for the works in the show: How do these photographs relate to our actual experience of our bodies? Looking at the photos inspires knee-jerk cringing and gut-level repulsion, yes, but there’s also something seductive in these imitations of our corporeal existence. These contemporary memento mori offer up novel totems that reacquaint us with our own bodies and their susceptibilities. It is through these staged recreations that we can see what is most natural more clearly, and it is through these photographs, from both artists, that we confront our bodies as agents of death, illness, aging, pain, and healing.

Not Original to Its Location is open though February 19, 2017 at grayDUCK Gallery, Austin.