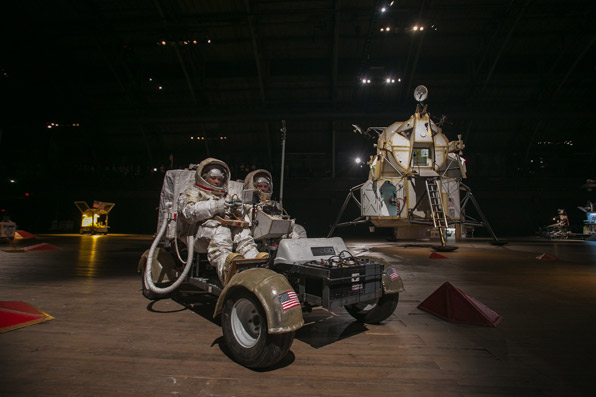 The Modern Art Museum of Fort Worth recently announced the speakers for this fall’s Tuesday Evenings at the Modern lecture series. The program kicks off this coming Tuesday, September 13, with a talk by English professor and writer Robert K. Wallace. In conjunction with Frank Stella: A Retrospective, Wallace will chronicle Stella’s exploration of Herman Melville’s novel Moby-Dick. Other speakers in the series include:

September 20: Tom Sachs will introduce a screening of the 2015 film A Space Program, which is based on Sachs’ 2012 exhibition at the Park Avenue Armory

September 27: Nobel Prize winning neuropsychiatrist Eric R. Kandel will present findings from his book The Age of Insight: The Quest to Understand the Unconscious in Art, Mind, and Brain, From Vienna 1900 to the Present

October 4: Benny Merris will present his work as an abstract painter, photographer, and performer

October 11: Ryan McGinness will give an artist talk about his work

October 25: Carlo McCormick will talk on the work of artist and designer KAWS

November 15: Lorna Simpson will speak about her work in conjunction with her FOCUS show at the Modern

Past Tuesday Evenings at the Modern speakers have included Sally Mann, Joyce Pensato, Kehinde Wiley, Kenneth Goldsmith, and Francis Alÿs, among many others. To hear recordings of past lectures, please go here.