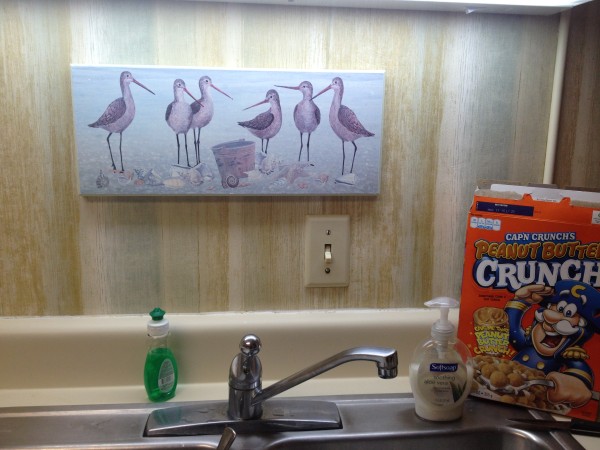 Don’t worry: I took all these crappy photos myself.

I’m writing this while sitting on my first beach in six years, existing in a haze of burning sun, salt water, and junk food, so please relax into this with me.

When I wrote a news item for this site earlier today about Art Everywhere, the national public art program that’s launching in a few days, it struck me that the first time I see one of the images on a billboard or a passing DART bus in Dallas late this summer, I’ll get at least a little excited. No matter that my aesthetic life is already inundated with art and that the initiative isn’t meant to impress people like me. I like the 58 images the public voted for, and recognition is fun at any rate, like hearing a favorite old pop song on the radio.

We like the things we know and understand, and that’s even more true for young people. I’m increasingly boosterish about novel ways of getting more visual art out in front of the public, especially in front of our next generation who live in regions where museums are scarce, so that people can feel at least a little more ownership of that knowledge. This must be one of the healthier directions for this mass expansion of art’s reach (as opposed endless think pieces about runaway auction prices). I’ve already written about that fantastic study that says that kids evolve intellectually and emotionally when exposed to visual art, which still blows me away and makes me keep my mouth shut when I want to lament that museums are getting too populist. I want kids to grow up to be more civilized because we all have to share this planet.

And nowadays I’m constantly thinking about my three tiny nieces,—the twins are six and the youngest is five—and their relationship to culture, and about how when I was their age my mom took me to museums and now she’s taking them to museums and they’re already getting pretty good at looking at art. They’ve been going to the Fort Worth Modern very regularly for several years now and they especially like the Martin Puyear and Jenny Holzer (no surprises there). Also, to cap off a loop around the exhibitions, they really like sidling up to the bar in the cafe and ordering their own juice drinks from the bartender. Sidling up to bars and flirting with bartenders runs in the Rees blood, I’m afraid. 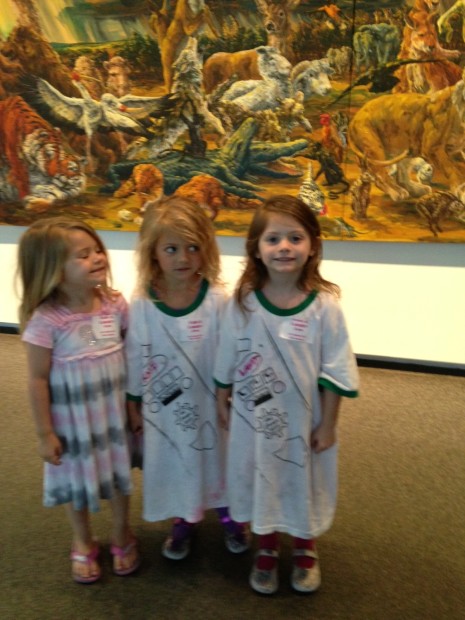 That’s a Melissa Miller painting they’re standing with at the Modern during Art Camp.

Art Everywhere Including This Condo in Port Aransas

Breaking: The art on the walls of our rental condo in Port Aransas is seriously crummy. I love that. I think my teenage self or even 20-something self would have felt at least mildly embarrassed at the number of watercolors of seagulls and tapestries of pelicans and such, and the glazed ceramic fish sculpture that just takes up space on the wet bar and waits to be broken by a flying Nerf ball. 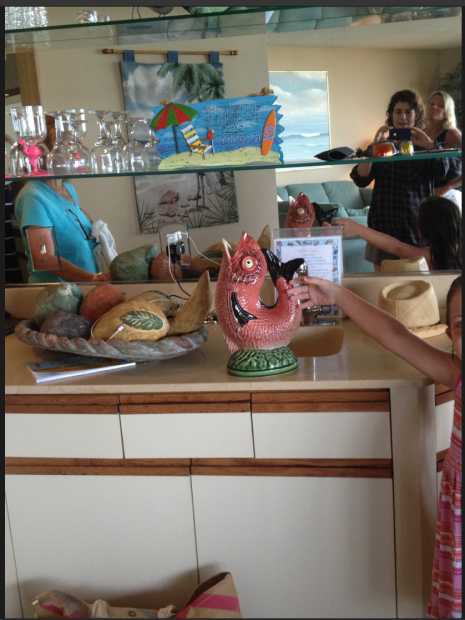 But with age and hard-earned wisdom I’m loving the full-on kitsch of the sea-foam green and salmon color scheme and all the bad island art. It reminds me that David Sedaris in his last book wrote about buying a beach house for his big family off the coast of North Carolina. He’s determined to fill it with corny art, but instead of going with the seafaring angle he may go with a locomotive theme.

I quizzed my extended family members about what they would do with the walls of this rental if they owned it. I got a mixed response. A few said they’d feel an obligation to put something up to fill the blank spaces but of course they wouldn’t risk anything of value. Maybe beach house art, yes, but maybe instead reproductions of major art—framed posters of real art. (This is the Art Everywhere solution for the rental vacation home.) My mom said she wouldn’t put up anything because the view of the ocean out the big windows was plenty to look at. This makes some sense because this is the same woman who started taking the grandkids to the Modern when they were three. It’s either the real deal or nothing for her. 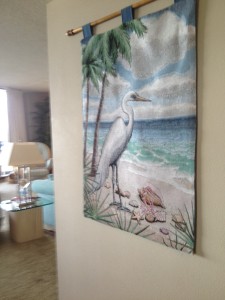 Most all hotel art and rental art falls into this cornball territory, because there’s no easy solution for it, because clearly most people feel pretty certain that one must put stuff on walls. That’s the era we live in: No blank walls no matter how desperate or cheap we may be. Are blank walls that bad? I like them. But there is the easily recognized coffee shop art (usually really bad, really sincere art with a surrealist bent), diners and holes in walls (“ethnic” art and landscapes) and self-important restaurants (Rothko knockoffs), office lobbies of course (anything but figurative). Murals. I love restaurant murals. Someone worked really hard on that! And you can’t steal it. 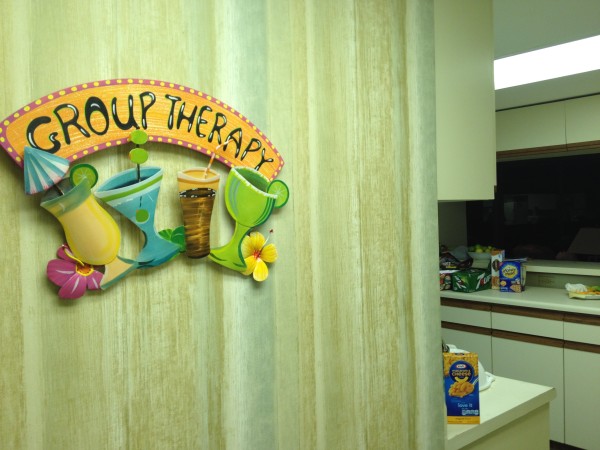 There is a diet in my immediate future. 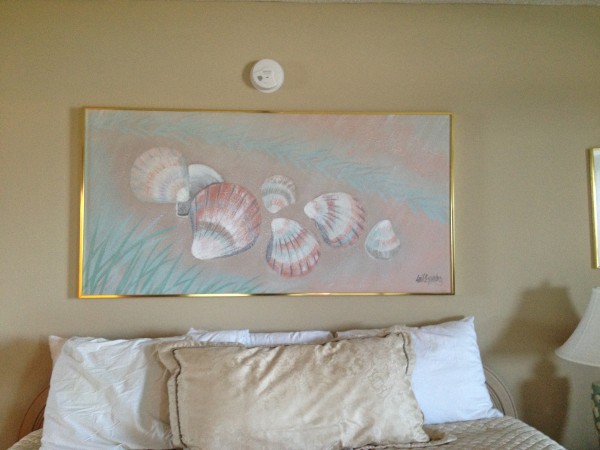 I have no idea what art I would put in a vacation rental. When I owned a gallery I realized too late that it wasn’t the crowds of beer-drinking hipster kids who posed any threat to the art. It was the late-middle age yuppies who brought their “roadies” into the gallery (big stemmed glasses of red wine they poured for the car trip over; is this a Dallas thing?) and kind of acted like they owned the place. One stumble and “oof!”— blood on the walls. You splash it, you buy it, rich guy.

So, I think a personalized version of Art Everywhere for the beach rental sounds fine—I would go with the flow and do Diebenkorn and Hockney and Sugimoto. Or, commission some watercolors of the Starship Enterprise by the art-friendly Rees nieces after they make their trip to the (juice) bar. They are obsessed with Star Trek and that sounds like a good beach-house theme to me.

I would put up posters of snow-covered mountains.

I think I have actually rented that same condo at
Port A. Wow, it’s a small world after all!

We had the same condo only it was in Rockport! Well, ok same decor.