Welcome to the fourth installment of Studio Sounds, where I share some music I’ve been enjoying in my studio recently, often broken into four categories: Present and Past (self-explanatory), Future (music I think sounds fast, distant, ahead) and Afterlife (beautiful cosmic music I hope to hear after I die reassuring me that there is a soul and it continues). I hope you can find some time to give these a spin in your studios wherever and whatever they may be. 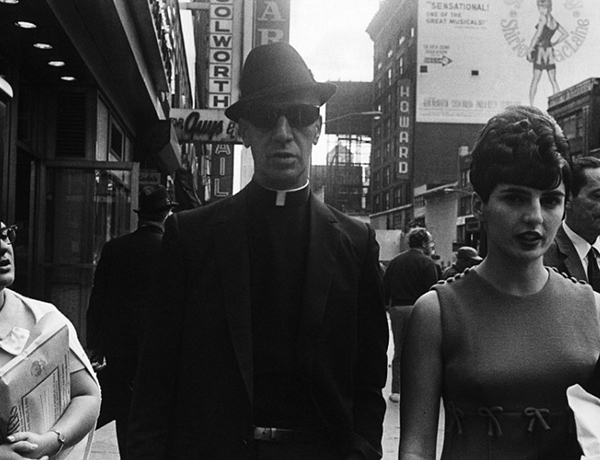 Present: Tomorrow the Rain Will Fall Upwards: ….And I Tried So Hard.

Tomorrow the Rain Will Fall Upwards sounds like the name of a brutal Scandinavian black metal band that disintegrated into murder and madness in the early 1990s or maybe an emo band that opens for The World is a Beautiful Place And I Am No Longer Afraid to Die and plays for about 30 minutes too long. But instead, Tomorrow… is a willfully anonymous avant ambient band in the vein of This Heat, Mother Mallard’s Portable Masterpiece Company and Deux Filles. Their first 10” from 2014 (on the spectacularly goth-named label Blackest Ever Blackest) was self-described in the PR materials as “two elegies in dub,” which is a phrase one should probably never say aloud. Nevertheless, despite the pretentious façade of mystery, the first EP is a spacious, rhythmic ambient album, like a screwed, early Orb album. This track—from their forthcoming full-length Wreck His Days—is an effortlessly timeless slice of a somewhat ineffable genre (the hymnal prog of Picchio Dal Pazzo and the icy resolution of See Feel come to mind). It’s beautiful, sad, soothing and calmly epic. Put Powers of Ten on mute and score it to this. 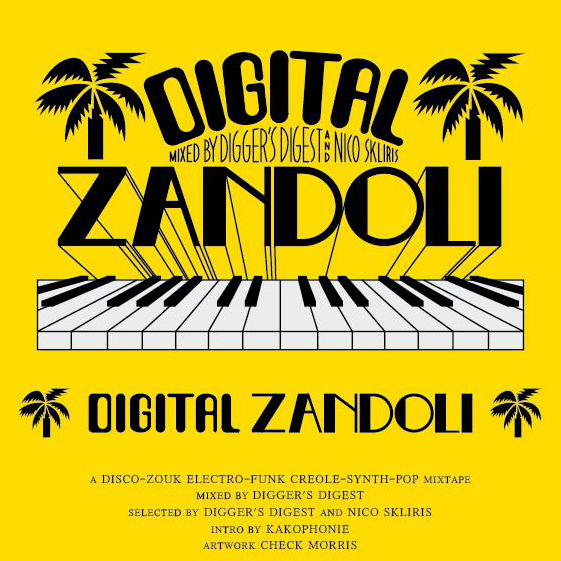 I find it too easy these days to fall into the rictus of amazed panic: after all, the head of the evil corporation in Robocop may become president of the United States (he’ll even say “You’re fired!” before the robot shoots you). To relax, I’ve enjoyed this gorgeous compilation of early ’80s disco and boogie from the West Indies. These songs may initially come across as slightly dorky—the electronics sound very tropical and dated—but listen a while and it’s lush and free. You know when you see a movie that takes place in the late ’70s and the early ’80s and think clubs seemed more fun then? They probably were because they played music like this. Some of the tracks, like Poutchi, sound like a Sade album produced by Harry Hosono. Mwoin Ka Songe aligns with other icy post-punk lounge like Antena and Karen Marks. Heavenly Sweetness, the label that released Digital Zandoli, whimsically announces itself as “A Parisian Label Spreading Colorful Music for the Soul.” Much of the label’s cover art is in a bright, watercolor plein air island gallery vernacular. The curatorial selection of Digital Zandoli reflects this unencumbered aesthetic. I am grateful that there are labels like Heavenly Sweetness, where they endearingly claim their mission as “colorful music for the soul” and then back it up. 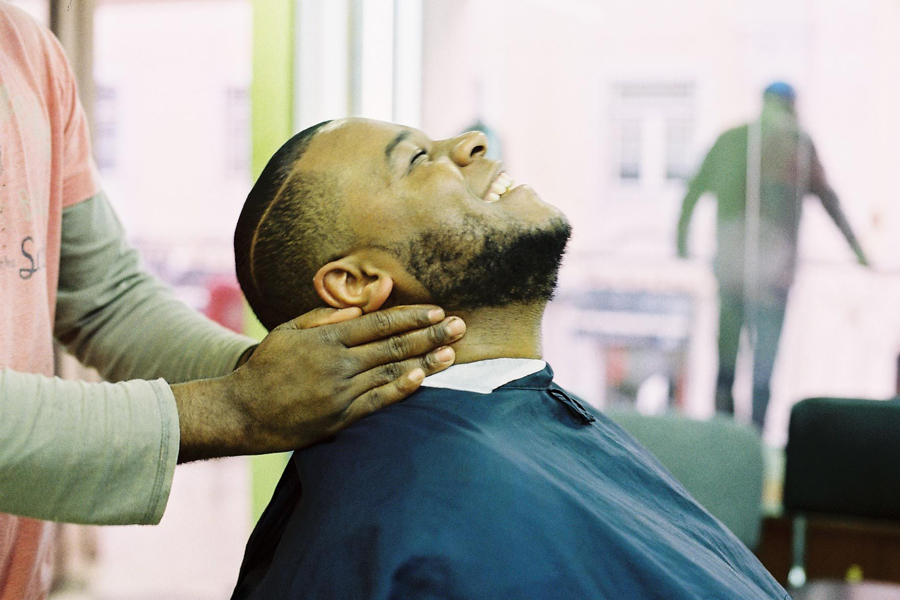 The remarkable Portuguese label Principe exploded in the last few years showcasing to the world an incendiary loose form of “house” called Batida, made by the Angolan population of Lisbon. A hyper-kinetic, dizzying amalgamation of global electronic sounds, field recordings and folk samples—with many of the producers ending their names with ‘-fox’ (an homage to one of the kings of the genre, DJ Marfox, himself repping the Super-Nintendo game Starfox)—Principe is the vanguard of global-Afro futurism. The Angolan population of Lisbon, like many African immigrant groups across Europe, is largely disenfranchised with limited options, so it is thrilling to hear this brash, cosmic music from this community (though I guess that’s usually where such music comes from). On their massive and triumphant compilation, Principe reaches places of  grand celestial swagger and oddity; this is music I imagine Miles Davis, Prince and Brian Eno all liking. The liner notes includes a quote by Guinea-Bissauan and Cape Verdean liberationist Amílcar Cabral:

“As to strategy, we learned in the struggle; some people think that we adopted a foreign method, or something like this. Our principle is that each people have to create its own struggle. Naturally, we have something to learn from the experience that can be adapted to the real situation of the country. But we bettered our struggle in the culture of our people, in the realities of our country, historical, economical, cultural, etc, and we developed the struggle, supported by our people which is the first and main condition: the support of the people.”

The righteous warmth of that quote radiates through this compilation, from the slow-jam roller of DJ Cirofox’s Moments (which sounds like a sly and loving nod to Art of Noise’s classic Moments in Love) to the sublime tropical rave-up of DJ Marfox’s Swaramgami. Principe has created a sonic utopia of liberation. 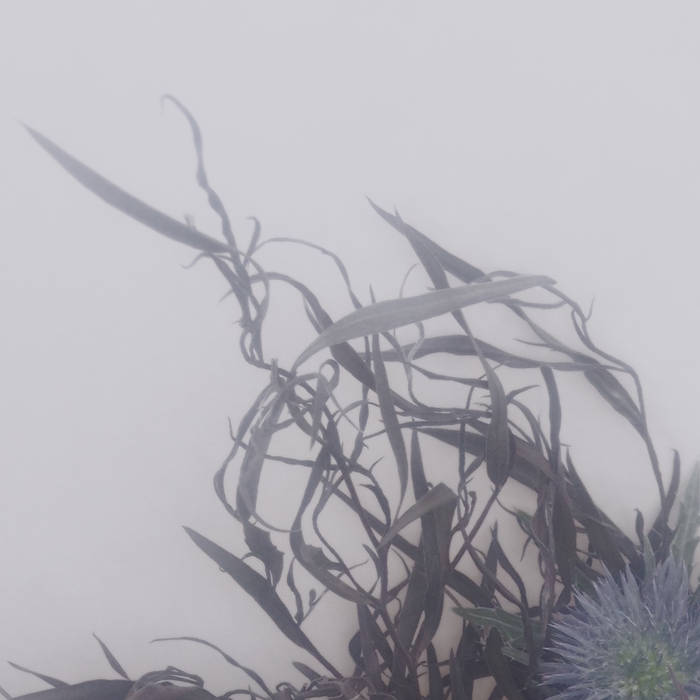 I generally think there’s too much music being released. Overall it’s a net positive because there are always new things to discover, but you also end up listening to a lot of music you don’t need to hear, in the same way you don’t really need to use a rotary phone. This is especially true with electronic music, where the sheer glut of released material is Sisyphean. Additionally, many of the online electronic-focused music stores I browse are British and use hyperbolic, baffling descriptors like “another savage gherkin… .” What I’m saying is I probably listen to 6-8 hours of tedious electronic music a month when I could be listening to Heart of the Congos or In A Silent Way. Sometimes something special comes along, such as the mysterious Bbliss compilation. A self-released cassette compilation from Chicago, Bbliss is filled with stellar cuts by artists I’ve never heard of. It’s indebted in both art and sound to the popular Pop Ambient series on Kompakt, but Bbliss is more smudged and aquatic. DJ Paradise’s Ssumo bends towards a Basic Channel dub drone, while Naemi’s Procel layers Laraaji-like strings with the enveloping dimensions of Gas’ Nah Und Fern. Much of this music is unabashedly spiritual and can be traced back to the blissful trances of Popol Vuh.  Music less for relaxation than for transcendence.