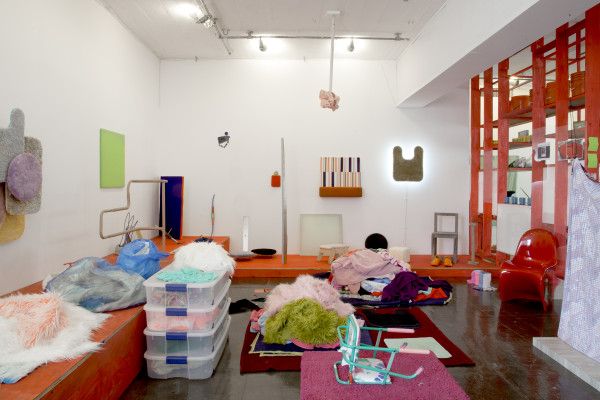 Summertime is supposed to be filled with the things we do on our own time, in pursuit of avocations; it’s time for the things we do when we’re not working. The three resident exhibitions currently on at Artpace in San Antonio reflect this convention. I don’t question the intentions of the artists; their results are bodies of work that critique (and complicate) diversion as subject matter. And artwork about diversion is pertinent right now, seeing as how work and leisure time continue to collapse into each other.

The sentiment is not new. In 1945, Theodor Adorno lamented: “The labor which need not, in order to cope with reality, initially do all the evil to its subject, which it later does to others, is pleasure even in the desperate exertion. The freedom, which it means, is the same which bourgeois society reserves solely for recuperation and through such regimentation at once takes back.”

In my understanding, being an Artpace resident indicates that one’s career has reached a level where one’s avocation may, in fact, also be one’s vocation. And artwork about diversion (as opposed to artwork as diversion) indicates, we hope, an understanding that fine art is most often considered a rarefied form of bourgeois diversion. Planned or not, Juan William Chavez, Andy Coolquitt, and Rachel Maclean have each illustrated Adorno’s statement that only the bourgeoisie “recognize the alternative between labor and pleasure.” Put another way: free time is expensive. Can you afford it? 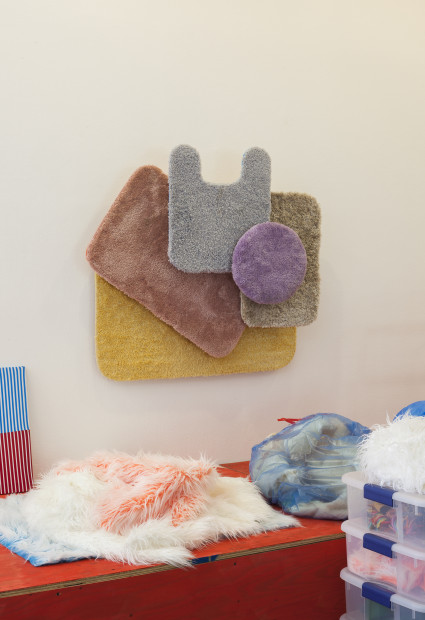 Andy Coolquitt used the bare white cube of his studio to host short-run exhibitions of finished work while he was in residency. The day of the official Artpace group opening, his space became an immersive installation that he modifies during the run of his show; i.e., now that studio time has ended and “the exhibition” is open, he continues to work. He has made his ongoing labor the object of the installation. His model of reversal points out the hallucination of what is work time and what is free time. The installation itself (at least at the time of the opening) is a massive collection of objects. Coolquitt has a knack for pinpointing the frailties of taste, and our easy access to poor and “good” design alike. It feels comfortable in a twisted sort of way. There’s a familiarity in the collected elements of display, the colors, and the textures; it’s (unsettlingly) comforting. 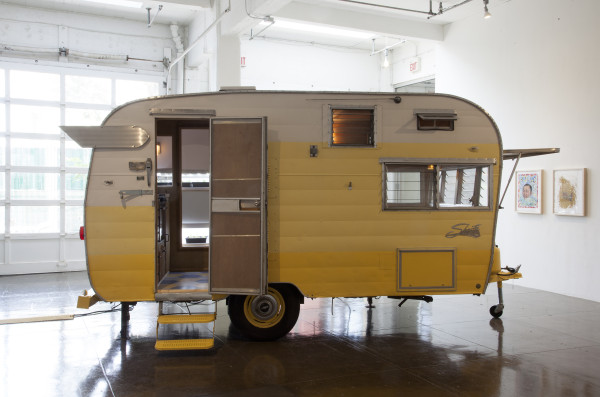 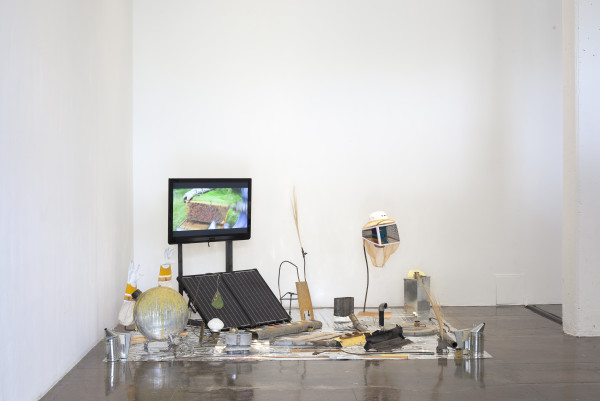 Juan William Chavez’s exhibition centers on a renovated camper trailer outfitted as a mobile beekeeping station. Evidence of his time in residency includes assemblages of parts pulled off of the camper. Really, his work pivots on his social practice work in St. Louis. There, his activist work with beekeeping, gardening, and art practice started the Northside Workshop, an arts organization and community center emphasizing preservation, self-sustainability, and leisure activities for North St. Louis residents. His Pruitt-Igoe Bee-Sanctuary is a proposal to re-imagine the infamous housing project’s former footprint into a useable public space. Tellingly, the phenomenon of bee colony collapse is analogous to the catastrophic failure of housing mandated by bureaucrats. 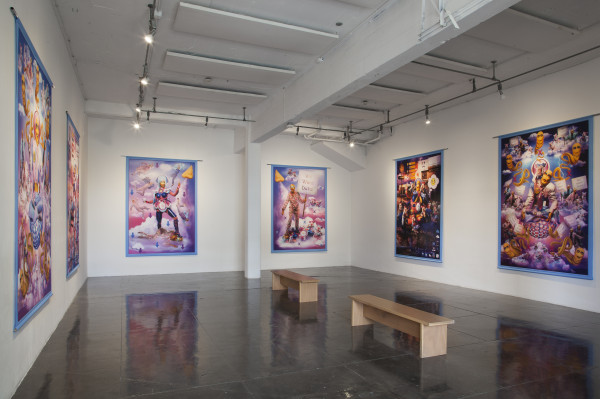 Rachel Maclean’s large-format digital montages printed on fabric deal with our digital age and socially mediated culture. It’s all in super-saccharine colors, with overtly expressive characters in a loose narrative portraying the giving and taking of secrets and desires as part of the society of spectacle. These images are presented on fabric, like tapestries, like Pastoral Amusements for our age. Maclean’s images could be read as a candy-coated indictment of the masses. (Tapestries were originally of course intended to warm and decorate the cold stone environments of the aristocracy.) Like Maclean’s videos, the visual sweetness here makes her pointed cultural critiques more attractive. Her critiques are no joke either; they are well thought-out and exquisitely executed. 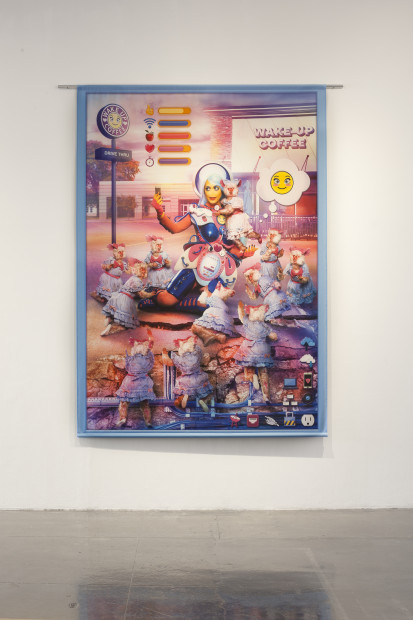 It’s worth pointing out that themes represented in these shows—social media, shopping, craft, gardening, beekeeping—are typically understood as hobbyist activities. They’re types of work but understood as leisure. All three of the artists’ shows at Artpace work with the collapse of art into other facets of life, and at this point, the collapse of any distinction between profession and avocation should be celebrated. After all, it’s just wishful thinking that emails would go unread over the weekend in an era when coordinating social media is a career path. Adorno’s claims made 70 years ago that “labor and pleasure are becoming more and more similar in their structure,” is illustrated in the work of any one of these three artists, as the evaporation of our so-called personal lives, now consumed by work and ‘work’, has come true.

“In one as the other, brute seriousness and pseudo-activity prevails,” Adorno wrote. Time off is time to work. “Under the pressure of society, only the cunning intertwining of happiness and labor would leave the door open for actual experience. It is constantly less tolerated. Even the so-called intellectual occupations are being utterly divested of pleasure, by their increasing resemblance to business.” Long live summer vacation!